First, a scarf. Then? A league rebrand. Meet the NWSL’s first creative director

Maureen Raisch has worked on design for the world’s biggest events. She tells EQZ why she joined the NWSL, and how the league rebrand process could work 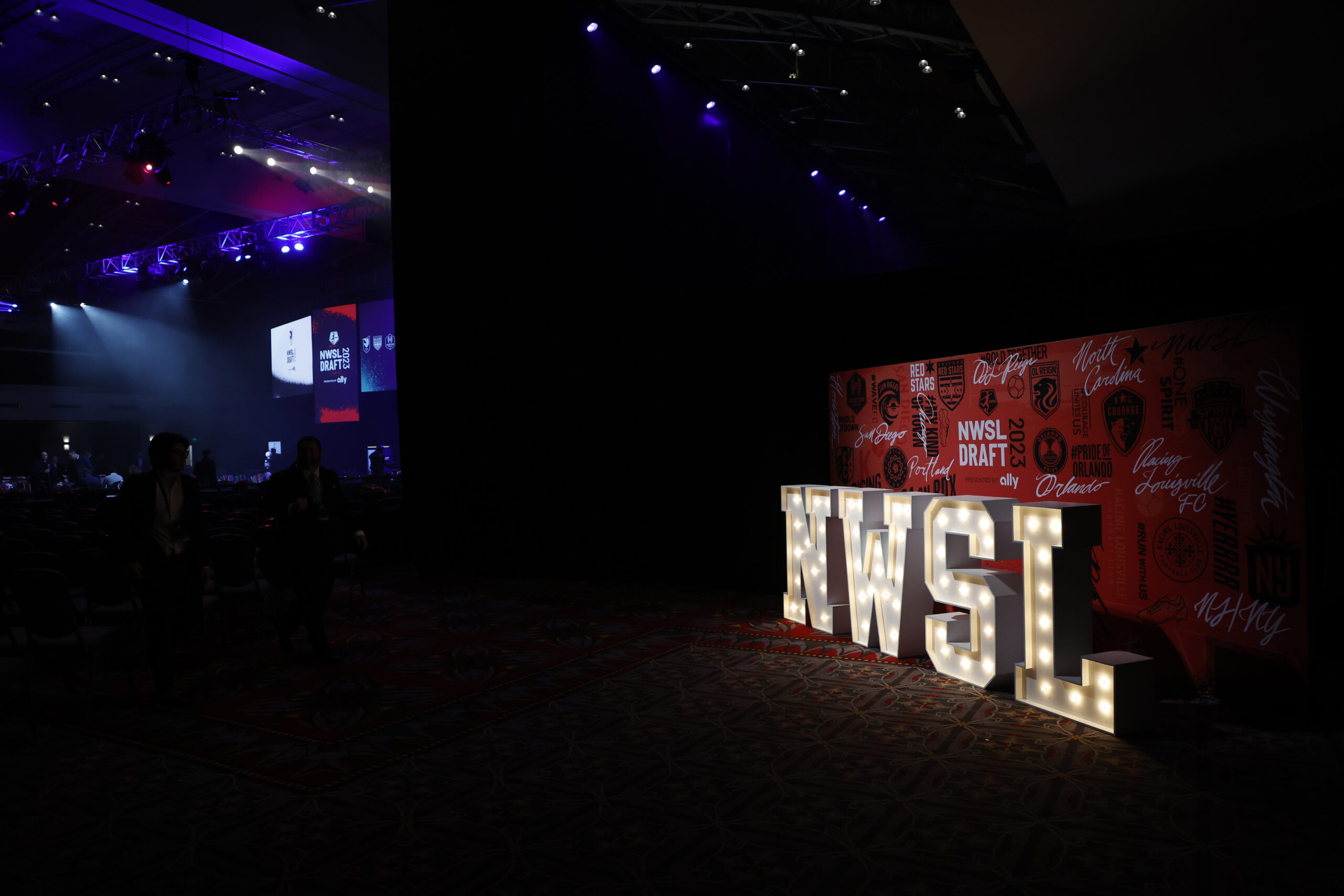 PHILADELPHIA — If you’re a sports fan of any kind, there is no doubt you have seen Maureen Madison Raisch’s work.

The National Women’s Soccer League’s new creative director has been the driving force behind such artwork as the 2006 World Series logo and the special, one-off crests worn by the NHL teams participating in the Winter Classic. A year ago, Raisch’s work was part of the centerpiece of the sports world. The team she led at the NFL designed the artwork for Super Bowl LVI.

So, why did Raisch, who was not yet 25 when she designed her first World Series logo, make the jump from the NFL to the still fledgling NWSL?

“This is going to sound cliché, but making a substantial impact,” Raisch told The Equalizer in an interview at the Notary Hotel ahead of the league’s draft earlier this month. “It’s a smaller thing that’s being built from the ground up. As everyone keeps talking [about] it’s ready to take off. And I think the prize is sweeter for me. I’ve been able to contribute to really big, cool events, which are incredible and have [a] massive presence in sports culture. But this is just personally special to me.”

A longtime fan of the beautiful game, Raisch attended the 2022 NWSL Championship in Washington D.C. as a prospective employee. Two months later, she joined the ever-expanding league office.

Access the best women’s soccer coverage all year long
Start your FREE, 7-day trial of The Equalizer Extra for industry-leading reporting and insight on the USWNT, NWSL and beyond.
Subscribe
Existing Users Sign In Here
Related TopicsExtraFeaturedMaureen Raisch

Gotham FC and Kelley O’Hara finalize two-year deal
For Danielle Colaprico, moving to San Diego is a bet on herself