A hat trick against Mazatlán puts the Rayadas striker in contention with another American. That and more as the new Liga MX season heats up 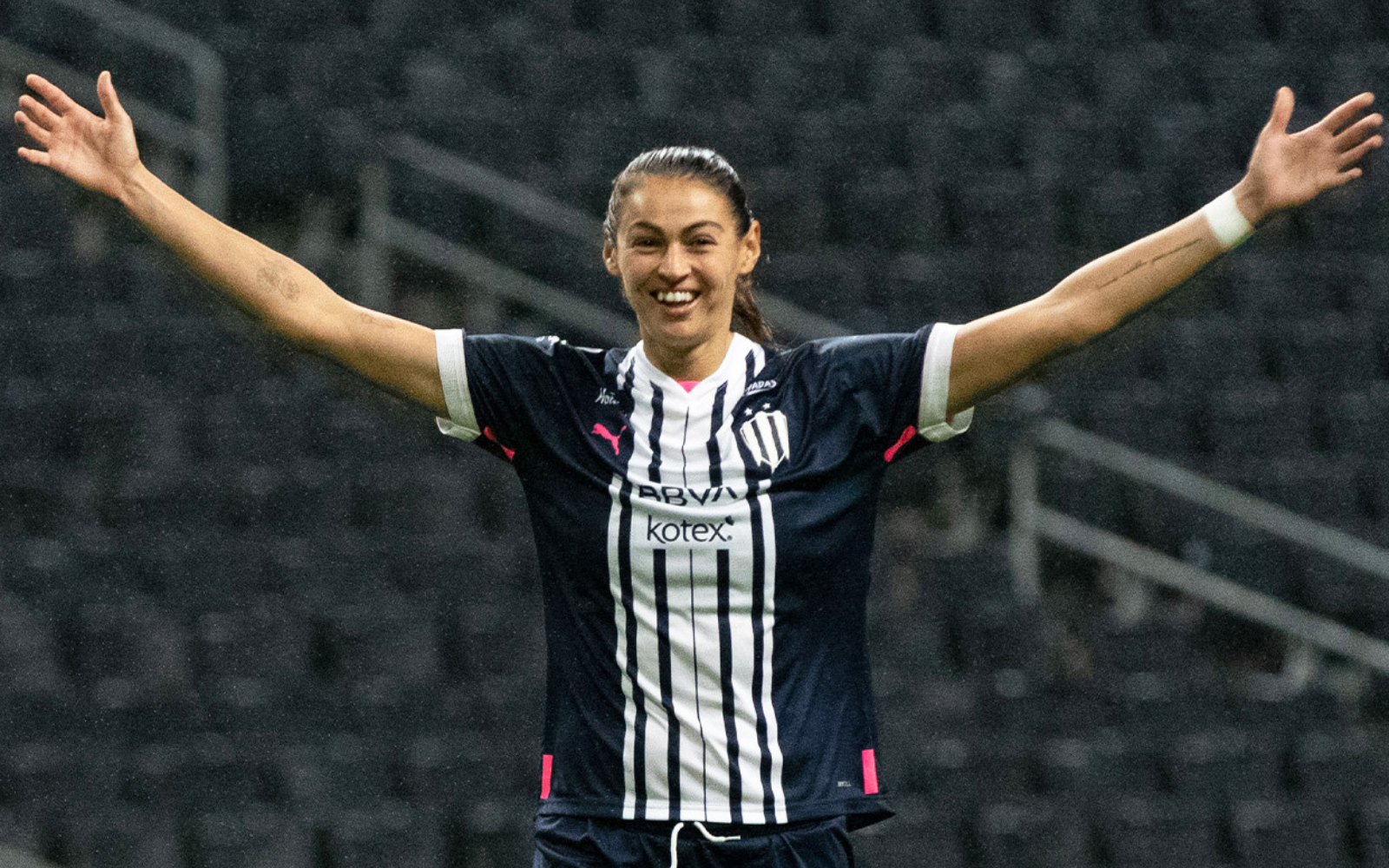 Christina Burkenroad and Mia Fishel were in a back-and-forth race last season, vying for the Golden Boot trophy in Liga MX Femenil. This season, Burkenroad has started off slow, but earned a major boost with a hat-trick on against Mazatlán.

C.F. Monterrey blew the doors off Mazatlán, 9-0, on Monday night.

One goal was scored in the first half from Karol Bernal in the 30th minute. The other eight goals were scored in the second half. Fatima Servin, Daniela Solís (x2) and Mónica Flores also tallied goals for Rayadas. Melissa Sosa scored an own goal for Mazatlán, too.

Burkenroad’s first goal came in the 63rd minute. Her initial shot was deflected by Mazatlán goalkeeper Jennifer Amaro and then Burkenroad picked up her own rebound, with no pressure on her in the box, and fired the into the goal. On her second tally, Burkenroad, four minutes later, took a low shot toward the right side of the goal. Burkenroad was wide open in the box on her third and final goal, with Flores spotting her and feeding her the ball.

Alicia Cervantes of Chivas de Guadalajara leads the pack with six goals, while Kiana Palacios of Club América and Charlyn Corral of Pachuca sit behind with five goals. Burkenroad and Uchenna Kanu of Tigres are tied with four goals apiece.

Monterrey, with their whopping nine goals against a struggling Mazatlán side, have jumped up to first place, thanks to a hefty advantage on goal differential.

See what else happened in Liga MX Femenil.

Kiana Palacios scored two goals to help lift Club América over Club Tijuana. The two sides have met up previously, and met up during last year’s Apertura Liguilla in the first round. Club América earned the edge, narrowly, by one goal. This time, the result was much more lopsided.

Scarlett Camberos didn’t waste any time, intercepting the ball in the Tijuana half and scoring past goalkeeper Alejandra Gutiérrez. Adyson Willett, much to the dismay of Tijuana fans, added an own goal to put Tijuana down by two. Aurelie Kaci, a French international in her first full season with Club América, scored in first-half stoppage time, scoring a chip from outside the penalty area over Gutiérrez.

Palacios scored both of her goals in the second half, with the first on a wide open cross. The play was a beautiful build up on a counter attack. See the clip below on the passing out wide, followed by a calm finish by Palacios. Her second goal, in the 64th minute, was scored from almost the same spot.

Club América will go on to face Necaxa on Jan. 30, facing a team that hasn’t won a match in the first three competitions. Meanwhile, Tijuana will try to shrug off their brutal loss and will face 17th-place Puebla on Jan. 29.

FC Juárez is the real deal. Through the team’s first three matches, Juárez has not just won matches, but has won them convincingly. Against a top-team like Pachuca, FC Juárez picked up another three valuable points — against a team that just put up 10 goals against Toluca in Week 2.

In the 34th minute, Jasmine Casarez chipped Pachuca goalkeeper Esthefanny Barreras on a header at a difficult angle. On the second goal, Miah Zuazua, sandwiched in between two defenders, scored on a header inside the box. Both goals were scored in the first half, and Juárez was able to stave off any Pachuca advances to keep a clean sheet.

FC Juárez looks out of place on the table after the last few seasons way below the line. This year, Juárez is on the upswing. Can they keep up their momentum? Their biggest test of the season will come against Chivas de Guadalajara on Jan. 30.

Meanwhile, Pachuca is having a rollercoaster season already. Tuzos will face UNAM Pumas on Jan. 28.

Mexican WNT to feature in The Revelations Cup

The Mexican women’s national team may not be going to Australia and New Zealand for the 2023 FIFA Women’s World Cup, but Mexico is still getting quality matches. Announced on Wednesday, Mexico will join Colombia, Costa Rica and Nigeria — with the three sides all qualifying for this summer’s tournament — for The Revelations Cup. The tournament will be held in León, Mexico, from February 15-21.

Mexico will face off first with Nigeria on Feb. 15, followed by matches against Costa Rica on Feb. 18 and Colombia on Feb. 21.