Rose Lavelle shines again as the U.S. puts together a more complete performance in the rematch. 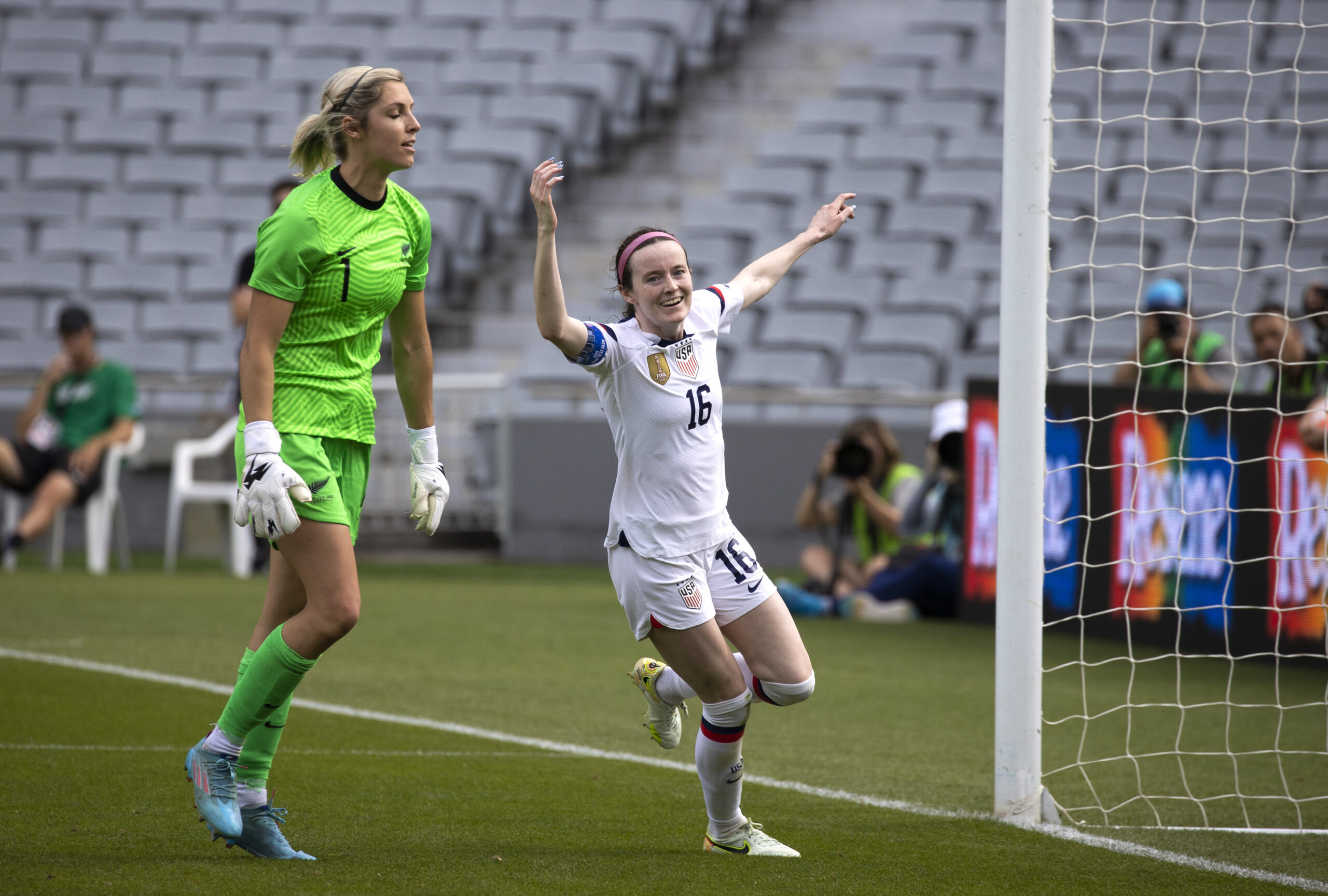 In their second matchup against the Football Ferns of New Zealand, this time in Auckland, the U.S. women’s national team put in a more complete performance en route to a 5-0 victory on Saturday local time.

Compared to Wednesday’s game, the Americans got off to a fast start, able to score twice in the first half. The first goal came in the 22nd minute from Ashley Hatch after some terrific building that started with Crystal Dunn finding Ashley Sanchez whose quick one touch pass found Trinity Rodman in lots of space to play in the perfectly weighted ball for Hatch.

The first half’s other goal came in the 39th minute from Rose Lavelle when she finished off the dime of a cross from OL Reign teammate Sofia Huerta, not a particularly easy finish either for the midfielder.

It was only eight minutes into the second half before the U.S. found the back of the net once again, this time through Mallory Swanson (née Pugh). Swanson scored what is already her third international goal of 2023 after a cross not properly dealt with left her wide open in the middle of the box.

Lavelle would earn herself a brace in the 74th minute, this time off the cross from Lynn Williams. Williams for her part now has a goal and an assist for the U.S. in 2023 after returning from an injury that kept her out most of 2022.

Taylor Kornieck added the fifth and final goal of the game in the 80th minute when she used all of her 6’1″ frame to head Lavelle’s corner kick into the back of the net.

USWNT begins 2023 with 4-0 victory over New Zealand
Finally, a double pivot—with a twist! What we learned from the USWNT in New Zealand