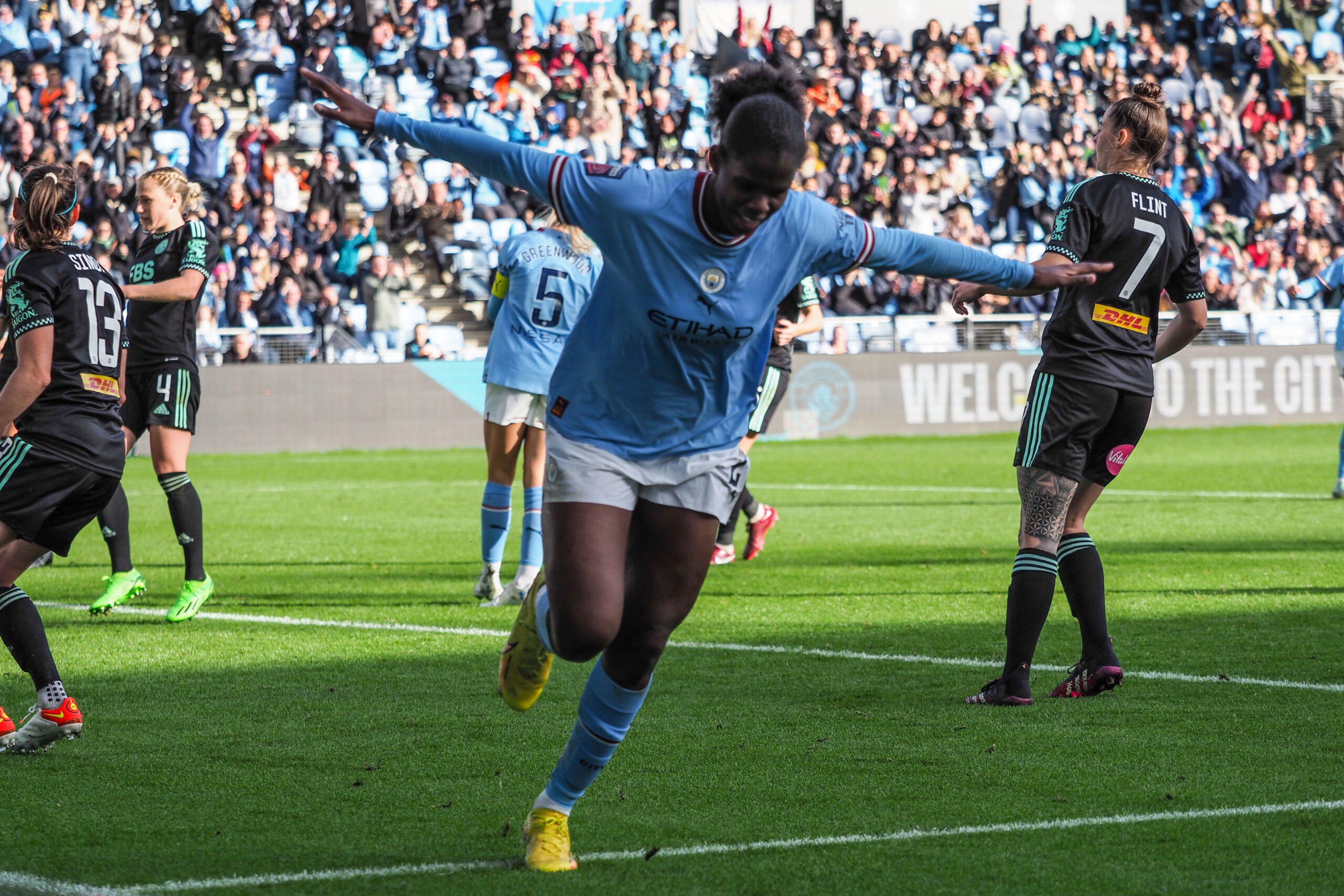 Bunny Shaw is enjoying her second season in English soccer. The 25-year-old Jamaican striker has scored nine goals and set up another two for Manchester City, putting her joint-top of the scoring and goal involvement charts alongside Aston Villa’s Rachel Daly. Where the two differ is that three of Daly’s strikes have come from penalties; all of Shaw’s goals are from open play.

This isn’t a sudden development. Shaw has been scoring regularly at the highest level for a few years now. After impressing in the U.S. college game — her final two seasons were with Tennessee in the SEC — and representing Jamaica at the 2019 FIFA World Cup, she decided on a move to Europe, joining Girondins de Bordeaux. Following a promising debut campaign in France’s Division 1, she was top-scorer in 2021. With 22 goals, she finished one ahead of Paris Saint-Germain star Marie-Antoinette Katoto.

Bordeaux, under Spanish coach Pedro Martinez Losa, briefly flirted with challenging the dominant forces in French soccer — PSG and Lyon — and qualified for the Champions League. Shaw was integral to that achievement, having a direct hand in 58% of their total goals scored. Naturally, her performances drew attention from elsewhere, and in the summer of 2021 she moved to Manchester City.