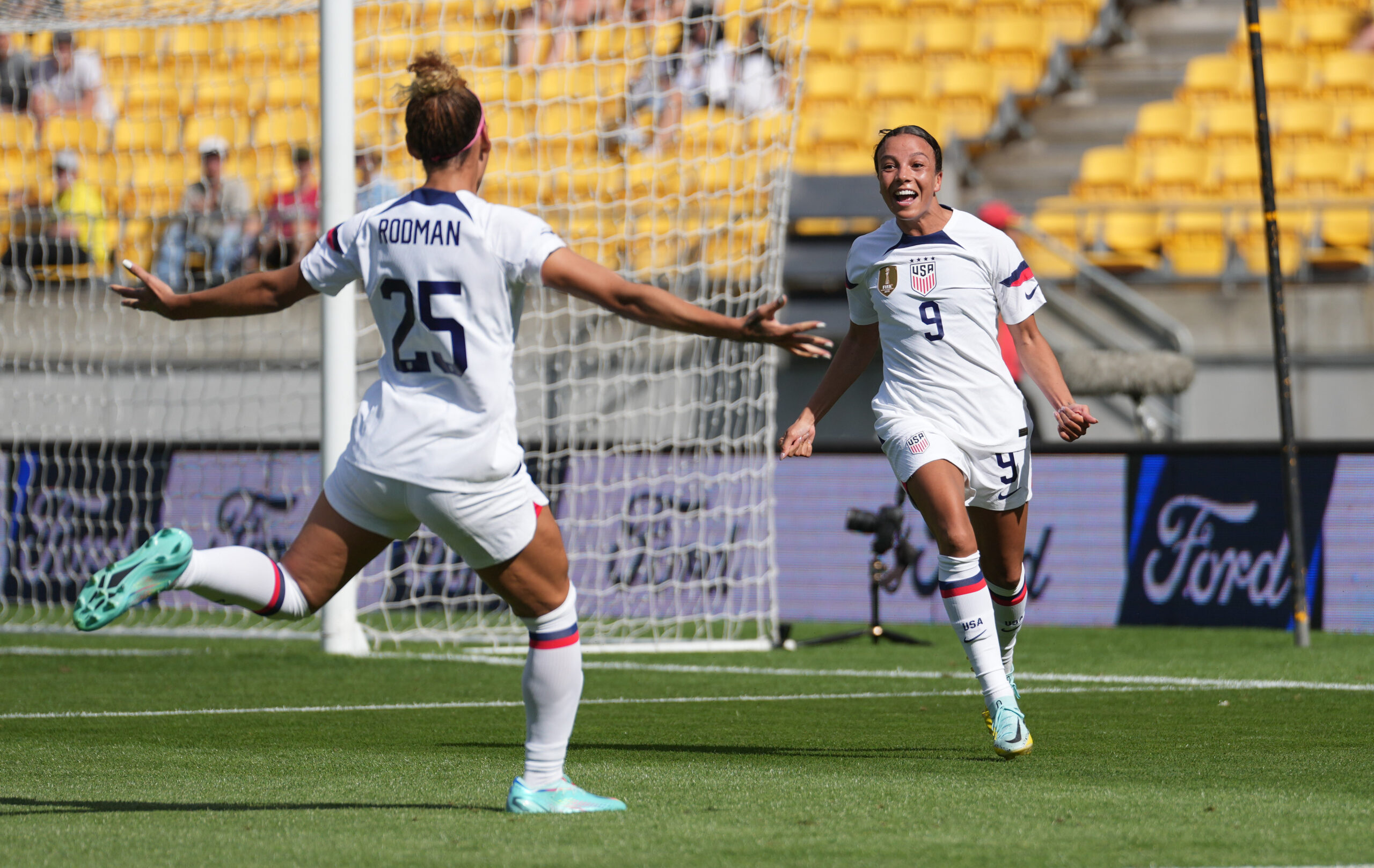 The U.S. women’s national team played an unconvincing first half in a game that kicked off on Wednesday in Wellington, New Zealand, but the Americans came back in the second half to defeat the hosts 4-0.

While the U.S. first half did produce some offense it also featured a missed sitter and the post being hit, overall a lack of finishing ability. So, to start the second half head coach Vlatko Andonovski made four changes, bringing Sofia Huerta and Alana Cook into defense while Andi Sullivan took over the six spot and Trinity Rodman joined the front line. The changes must have worked because just seven minutes into the second half the U.S. finally found their breakthrough with a header from Mallory Swanson (née Pugh) beautifully assisted by substitute Trinity Rodman.

In the 60th minute Rose Lavelle made another move for the highlight reels, providing a perfect backheel assist to Alex Morgan for the game’s second goal. Then more subs made the difference as Ashley Sanchez assisted Swanson’s second goal of the night less than two minutes after coming on the field.

Swanson shortly thereafter headed to the bench for a well deserved rest while Lynn Williams made her return to the U.S. women’s national team, and played in her first professional game since early in the 2022 NWSL Challenge Cup. Williams quickly marked her return with a headed goal, assisted by Trinity Rodman, her second assist in an impressive 45 minute performance.

The U.S. will play the Football Ferns again this Friday, January 20, at 10 p.m. ET (Saturday in New Zealand) as they prepare for the 2023 Women’s World Cup.