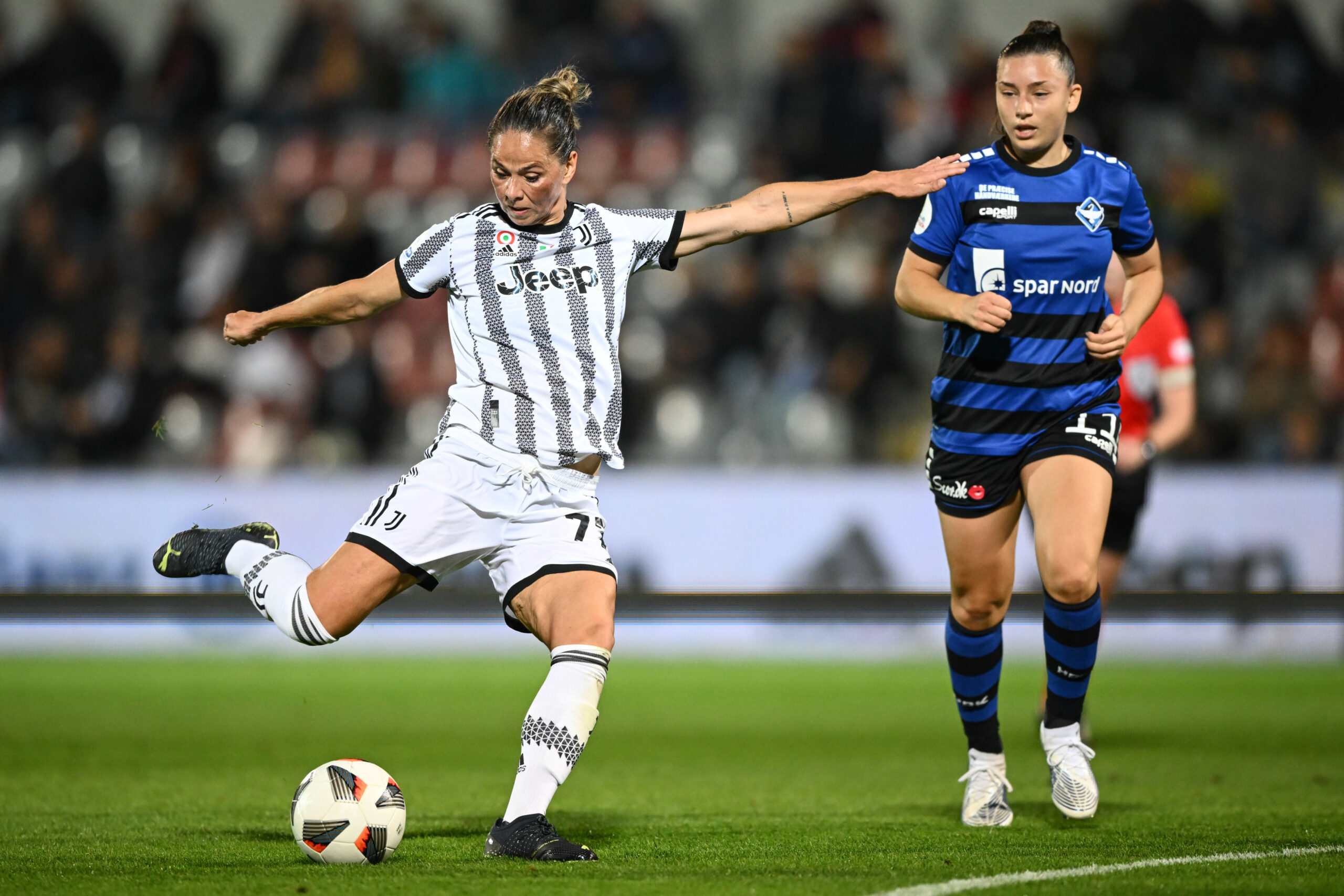 Gunnarsdóttir, who now plays for Juventus in Italy, was a member of Lyon from 2020-22. After winning her first UWCL title, Gunnarsdóttir became pregnant with her first child. In an article for The Players Tribune, Gunnarsdóttir wrote of her experience telling the club about her pregnancy, and how, ultimately, they failed to pay her wages during her pregnancy.

“For a while I just had so much else going on, I didn’t have time to think or be concerned about my salaries from the club. I didn’t have any reason to think anything would go wrong. Until I didn’t get my first paycheck. All that was deposited was just a small percentage from social security.

To be fair, there was a lot of logistical stuff to deal with, so I didn’t think too much of it. Probably a clerical error. But, I checked with the other players just to be sure.  They were paid, right on time.  Then I missed another. So I’m like, Hold on. I called Dietmar, and he wrote to Vincent, the club director. There was no response, so my agency reached out again. Then, we sent formal letters.

When Vincent finally responded, he apologised for two of the months I was missing, and said I would get paid for those. But for the third month, he says something about how they’re going by French law — meaning, they don’t owe me anything else.”

Gunnarsdóttir, who also played previously for VfL Wolfsburg in Germany and in Sweden for FC Rosengård, along with her agent Dietmar (no last name given), filed formal papers to inquire about the missing wages. Once Vincent Ponsot, the club’s director, received the papers, he claimed that the club was following French maternity laws — not the ones set by FIFPro in recent years. (To learn more about the recent FIFPRo maternity laws, click here).

According to an official release, FIFPro stated that Gunnarsdóttir filed her complaint on Sept. 10, 2021. The claim was officially resolved on May 2, 2022, stating that Lyon must pay the Icelandic midfielder all of her wages from the period claimed.

In article IV, titled ‘Decision of the Dispute Resolution Chamber,’ FIFA announced that Lyon must pay Gunnarsdóttir approximately €82,094.82 (euros), which would be $88,593.45 in American dollars (USD). Also, Lyon must pay “5% interest p.a. as from 10 September 2021 until the date of effective payment.”

According to FIFA, the payments must be made within the next 45 days. If not, the club will be subjected to the following penalties: “(1) The Respondent shall be banned from registering any new players, either nationally or internationally, up until the due amount is paid. The maximum duration of the ban shall be of up to three entire and consecutive registration periods. And (2) The present matter shall be submitted, upon request, to the FIFA Disciplinary Committee in the event that full payment (including all applicable interest) is still not made by the end of the three entire and consecutive registration periods.”

Gunnarsdóttir, in her opinion piece for The Players Tribune, stated that Olympique Lyonnais would not appeal.

“Lyon requested the grounds of the decision, which one normally does if one is intending to appeal. And once we got that, we could really read how FIFA analysed [sic] the case and arrived at the conclusions.

They talked about the ‘duty of care’ of the club, that there was no contact with me during my pregnancy. No one was really checking on me, following up, seeing how I was doing mentally and physically, both as an employee, but also as a human being. Basically, they had a responsibility to look after me, and they didn’t. After Lyon received the grounds, they decided not to appeal.

I was entitled to my full salary during my pregnancy and until the start of my maternity leave, according to the mandatory regulations from FIFA. These are part of my rights, and this can’t be disputed — even by a club as big as Lyon.”

The 32-year-old midfielder now plays for Juventus in Italy, where she signed in July 2022. She has over 100 appearances for the Icelandic women’s national team.

Jessica Berman talks new beginnings, expansion and rights deal
Earnie Stewart out as USSF sporting director: What does it mean for USWNT structure?