18-year-old was on Angel City’s radar long before she became the No. 1 pick in the 2023 NWSL Draft 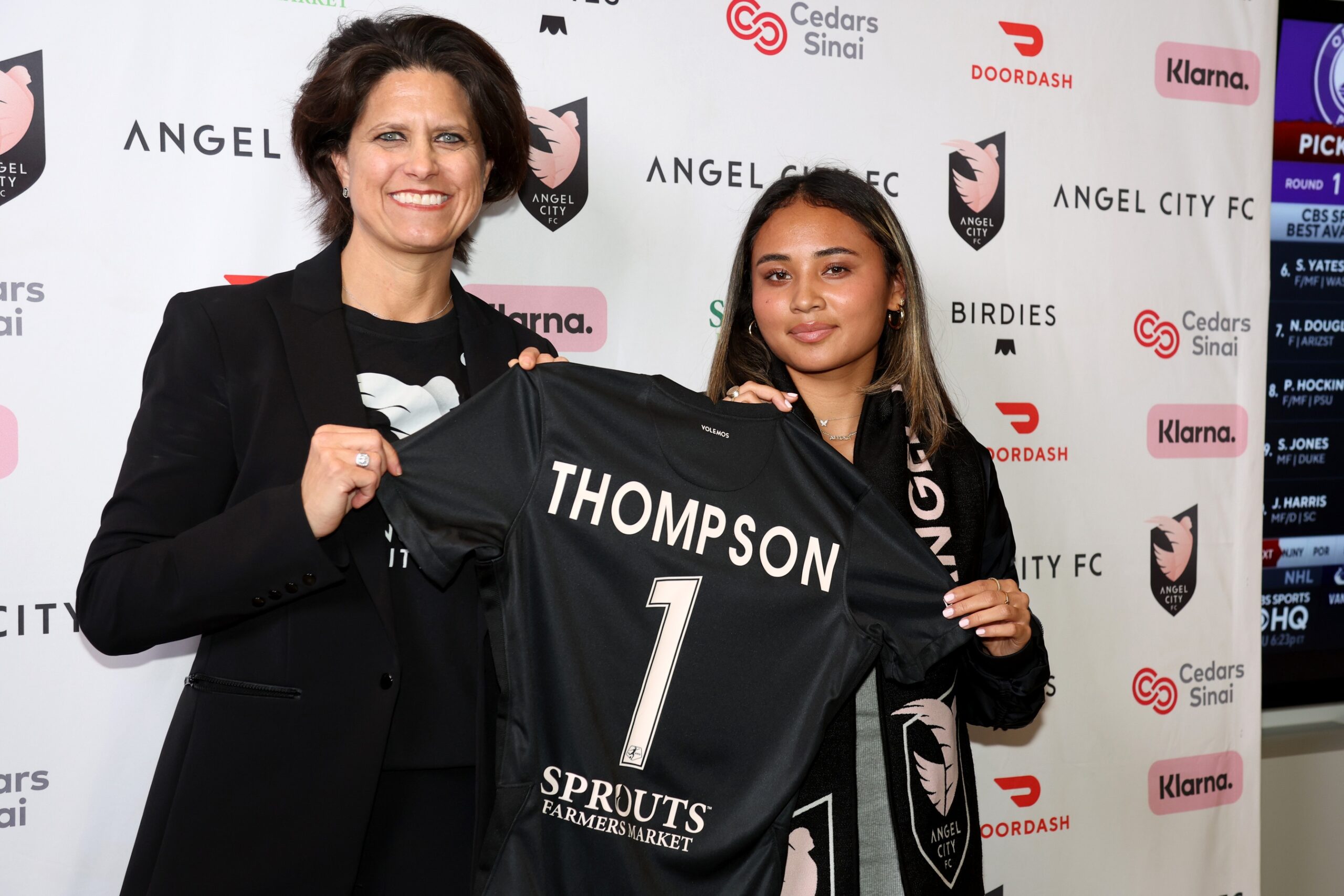 PHILADELPHIA — A few months ago, then 17-year-old Alyssa Thompson attended her first Angel City FC game with stars in her eyes. This, she thought, is what she wanted at some point.

Whether that was the exact turning point for Thompson in her decision to forego Stanford, which she previously declared for, her timeline was about to accelerate. On Thursday, Angel City selected the Los Angeles native with the first overall pick in the 2023 National Women’s Soccer League Draft, making her the first high-school draft pick in the league’s 10-year history. Angel City executed multiple trades the week prior with the specific intent of drafting the LA native.

Thompson’s selection was the culmination of months of discussions and deliberations coming together.

“Alyssa had already been playing and practicing in professional environments, so we were already aware of her before the opportunity even came about,” Angel City general manager Angela Hucles Mangano told The Equalizer. “She had obviously been on our radar and once we were in a position to have conversations it was about how we could make this work.”

Access the best women’s soccer coverage all year long
Start your FREE, 7-day trial of The Equalizer Extra for industry-leading reporting and insight on the USWNT, NWSL and beyond.
Subscribe
Existing Users Sign In Here
Related Topics2023 NWSL DraftAlyssa ThompsonExtraFeatured