Diana Ordóñez trade was planned for Nahas, Laity for ‘weeks’ 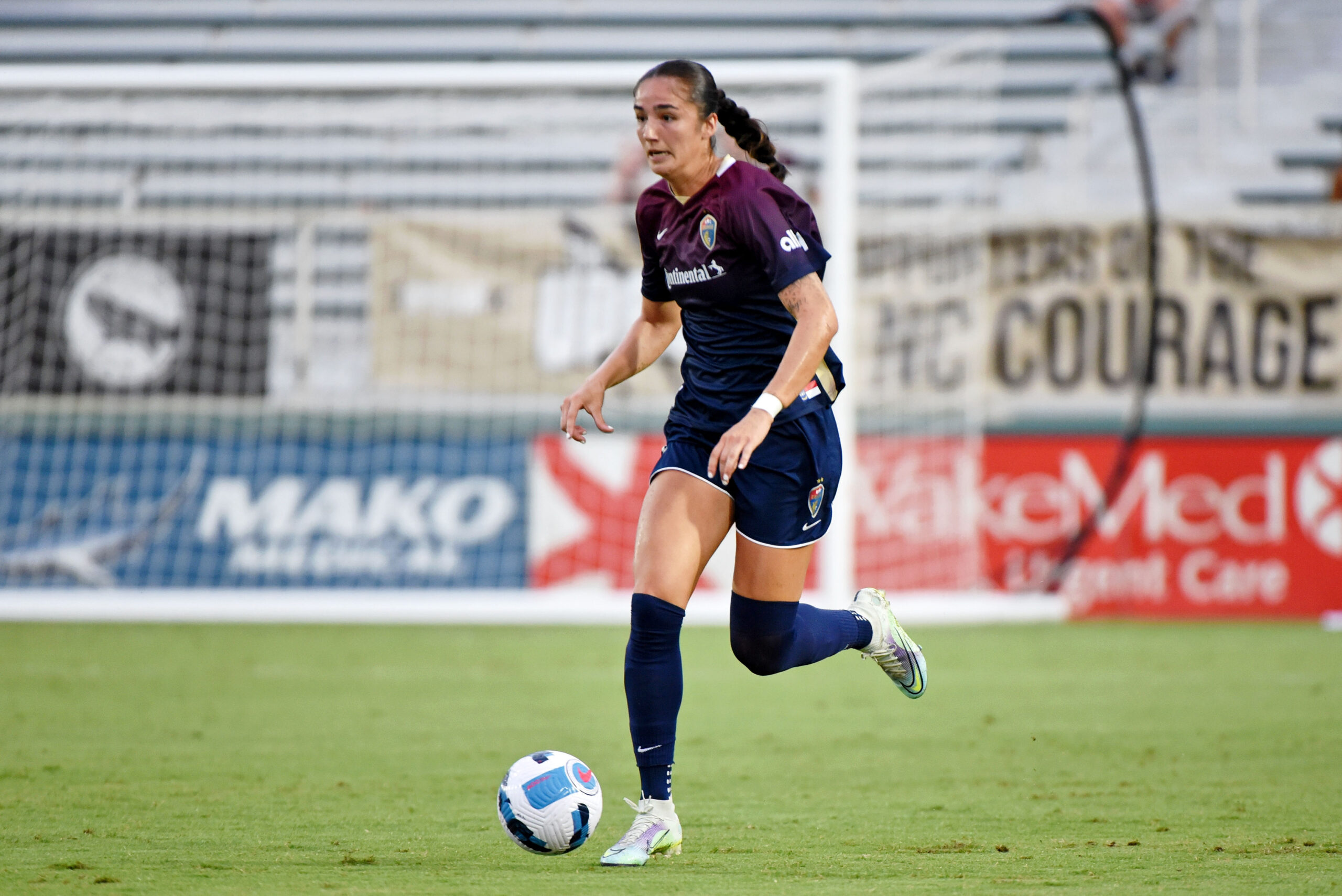 Diana Ordóñez was traded to the Houston Dash at the beginning of the NWSL Draft on Thursday night.

Ordóñez, along with the No. 30 overall pick, was sent to Houston, while the North Carolina Courage received the No. 8 overall pick — which they used to draft Sydney Collins out of the University of California. The Courage also received an international slot in 2023, Houston’s natural first-round pick in 2024 and $100,000 in allocation money.

Sean Nahas, head coach of the Courage, spoke exclusively with The Equalizer about the decision to trade Ordóñez, which was a request by the Mexican international to be closer to home.

“To be honest, it wasn’t easy, but there’s more to it than trading Diana,” Nahas said near the draft stage. “There were back-and-forth conversations and certain things she was looking for that she expressed to us. So, at the end of the day, we need to make a decision and we wanted to make sure we took care of her, as well, for the efforts and work that she put in for our club. It wasn’t something we came into the offseason thinking that we would do. It just happened over the last couple of weeks, and we wanted to make sure we honored it.”

“She’s a family person, so I think that was a big thing for her. We thanked her for everything that she did. It’s not easy, we had a great relationship with her.”

After the NWSL Draft wrapped up, Houston head coach Sam Laity and general manager Alex Singer spoke with the media about bringing on Ordóñez.

“She was the first person, the first player that I targeted when I took the job,” Laity said. “We had initial discussions about it when I became the head coach… Ordóñez was a player we aligned with from a club perspective and a personal perspective. She has every attribute that you would need to be successful in the league. She scores goals, and she’s hungry to score goals. She’s ambitious in the game and she’s ambitious to be one of the top players in the world. On top of that, as a human being, she has all the character, all the boxes ticked. We’re very happy with it. It’s win-win.”

Laity continued to say that, while the process to trade for Ordóñez started a while back, like Nahas said, the two sides came across the “finish line” right before the NWSL Draft started.

“I think there was a discussion with her before I even joined the club. It’s been going on for a while. Everyone is ecstatic that we got it over the line today. Had we not gotten that trade done before the draft, it would have influenced who we were going to pick at No. 8. So, to have that potential to bring a player in that you know is going to score goals, and continue to score goals, was something we couldn’t pass up.”

Ordóñez will be reunited with her Mexican international teammate María Sánchez, and will be joined on the front line with Ebony Salmon.

“The dream I have is Sanchez crossing the ball to Ordóñez. One of the reasons to bring Ordóñez in was to bring more out of Maria Sanchez,” Laity said. “She’s going to be the player brought in on the dribble, she’s got incredible delivery in the box. One of the assessments that I had was getting on the end of those delivers. Not only do we improve our opportunity to score more goals, but improve the performances and the efforts of Maria Sanchez. In a way, we’re picking up one-and-a-half players.”

Ordóñez was a candidate for the NWSL Rookie of the Year honor, which eventually went to San Diego Wave defender Naomi Girma. Ordóñez started 17 out of 19 appearances, scoring 11 goals in her rookie campaign.

Ordóñez and the Mexican women’s national team did not qualify for the upcoming FIFA World Cup in Australia and New Zealand. Instead, she will remain with the Dash during the tournament, along with Sanchez.

“That didn’t affect the decision at all, but even if she was going to the World Cup, she’s a player we would have been motivated to get her,” Laity said.

Meanwhile, general manager Singer said she’s excited to see how the new addition of Ordóñez fits in with Houston — and how she can build off her rookie campaign.

“The day kicked off with a bang with the Diana Ordóñez trade. That was incredibly important for us. We had our eye on it for a long time. Obviously, she performed really well as a rookie. That’s only the beginning for her. We’re excited to see what she can do the team in Houston. I think we already have some exciting attackers, so to be able to start today with one of the most exciting, young attackers in the league, and knowing what her upside is, started the day really well.”

Houston finished their evening by drafting Sophie Hirst from Havard (No. 20), Jyllissa Harris from South Carolina (No. 22), Lindsi Jennings from Louisiana State (No. 36) and Madelyn Desiano from UCLA (No. 48).