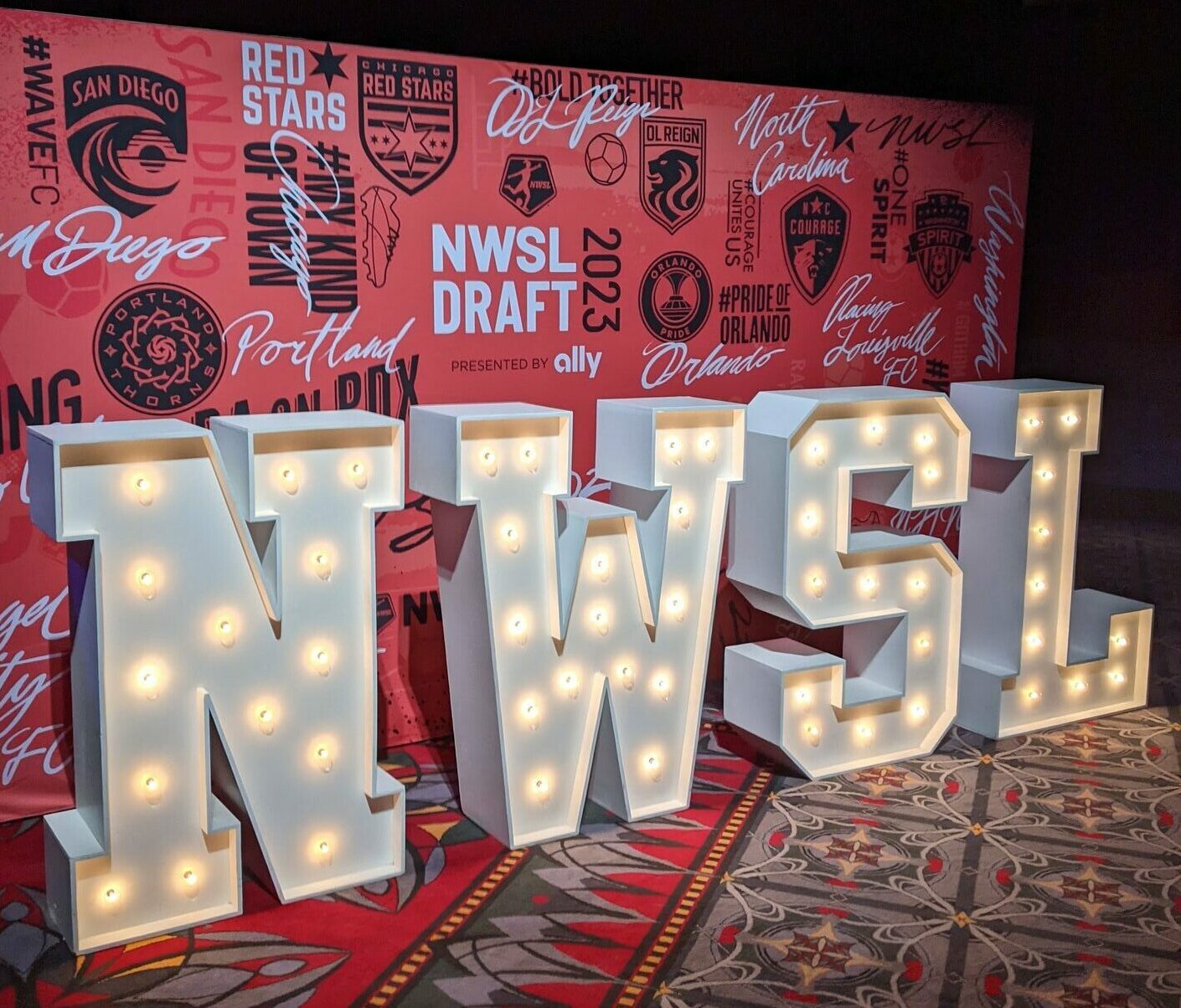 Angel City FC kicked off the 2023 NWSL Draft by selecting 18-year-old Alyssa Thompson with the No. 1 overall pick on Thursday night in Philadelphia. The move came as no surprise after Angel City acquired the top pick from NJ/NY Gotham FC a week prior in exchange for Yazmeen Ryan and a quarter-million dollars in allocation money.

Thompson, an LA native, debuted for the U.S. in October and had previously committed to Stanford, but declared for the NWSL Draft on Jan. 6. When she made the roster to face England and Spain, Thompson became the youngest player called up for a full national team camp since 16-year-old Sophia Smith.

Pick 2, Kansas City Current (via Gotham FC): Michelle Cooper, Duke University
The Kansas City Current traded veteran forward Lynn Williams to Gotham FC for the second overall pick.
“I knew I wanted to be in the NWSL someday, but Kansas City is just a great fit and I’m super excited for that,” Cooper told The Equalizer.

Pick 6, North Carolina Courage: Olivia Wingate, Notre Dame
“It’s been incredible, obviously, that we have this league here and that we’re building something so special and so powerful for women in sports. I’m just very, very grateful to have to be a part of that,” Wingate told The Equalizer.

Pick 11, North Carolina Courage: Haley Hopkins, Virginia
“Being able to play soccer at the highest possible level, to be physically able to and mentally and emotionally, is definitely challenging. It makes this moment so much sweeter and me that much more appreciative of what I’ve been through to get to this moment. I speak for everyone who dreamed about when we were kids. This is very surreal,” Hopkins told The Equalizer.

Pick 25, Orlando Pride: Tori Hansen, North Carolina
“It’s definitely been a goal growing up with the courage so close to me. I’ve been to so many of their games and their head coach used to be my club coach. So I’ve been very familiar with the NWSL for a long time. It’s a dream come true that I’m finally in it, in the league,” Hansen told The Equalizer.

As the 2023 NWSL Draft continues, stay tuned to this page for highlights. Also, make sure you are following Equalizer Soccer on Twitter for real-time updates from our staff on the ground at the Philadelphia Convention Center. Here is a final list of registered players from the NWSL