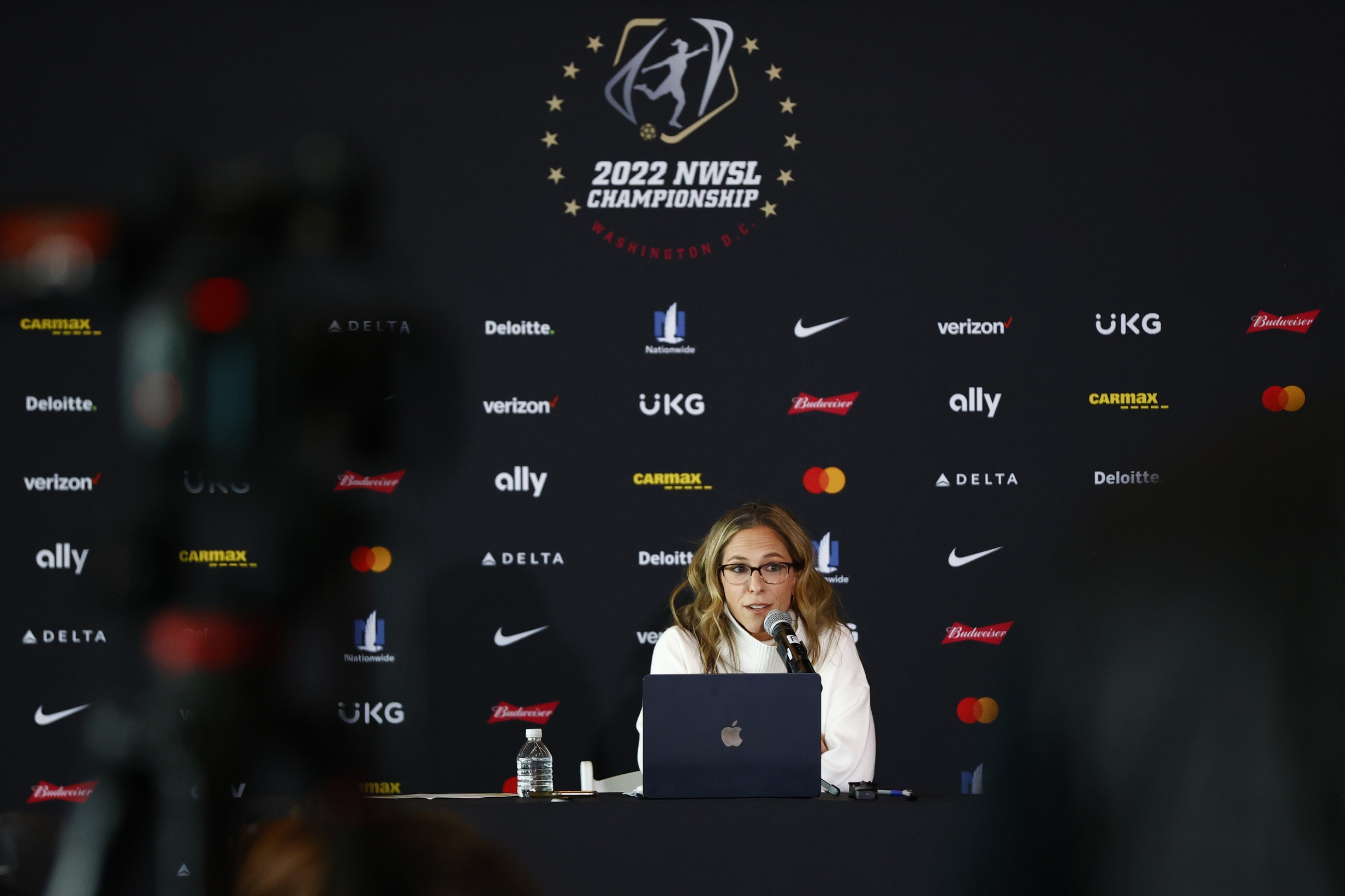 On Monday, the National Women’s Soccer League released a statement regarding corrective action that the league will take in response to the findings from the NWSL/NWSL-PA joint report. These corrective actions include lifetime bans for former coaches and unprecedented fines for clubs found to have allowed misconduct to become pervasive.

“The league will continue to prioritize implementing and enhancing the policies, programs, and systems that put the health and safety of our players first,” NWSL commissioner Jessica Berman said in a statement. “Those actions are fundamental to the future of our league, especially as we build a league that strengthens our players’ ability to succeed and prosper on and off the pitch. As part of our commitment to accountability and deterrence, the league has determined that further corrective action with respect to certain organizations and individuals identified in the Joint Investigative Report is appropriate and necessary.”

These sanctions are the first official actions to be taken against clubs and coaches in reaction to the report’s findings and indicate strongly that the league is no longer going to be as passive in managing complaints of misconduct as they have historically.

The announced penalties are as follows:

Lifetime bans were handed out to the former head coaches who were found to have behaved most egregiously, including Christy Holly (formerly of Sky Blue/Gotham and Racing Louisville), Richie Burke (formerly of the Washington Spirit), Paul Riley (formerly of the Portland Thorns, Western New York Flash, and North Carolina Courage) and Rory Dames (formerly of the Chicago Red Stars).

All of these coaches were found to have abused players sexually, emotionally, verbally, or racially. Many of them have also coached at least two different teams, demonstrating that problematic coaches have historically been allowed to circulate from club to club with few repercussions. These lifetime bans ensure that, at least in these instances, fans will no longer worry about these offenders finding their way back onto an NWSL club in any capacity. It also puts potential offenders on notice that the league will no longer tolerate or turn a blind eye to such behavior.

The Equalizer is Teaming Up with The IX

Other coaching and staff penalties

Other coaches and staff received lesser bans. These include Craig Harrington (formerly of the Chicago Red Stars and Utah Royals) and Alyse LaHue (former general manager of Sky Blue/Gotham FC). Both are banned from working in the NWSL in any capacity for two years and must meet certain conditions to be employed again in the future.

Additional coaches are not banned for any set amount of time but must meet certain conditions in order to be hired back into the league. These conditions include acknowledging wrongdoing, accepting personal responsibility, and participating in training among other things. These coaches include Farid Benstiti (formerly of OL Reign), James Clarkson (formerly of the Houston Dash), and Vera Pauw (formerly of the Houston Dash) in addition to the previously announced Orlando Pride coaching staff including Amanda Cromwell, Sam Greene, and Aline Reis.

Historically high fines were issued to clubs in response to their mismanagement of misconduct complaints and, in some cases, their willingness to suppress information or obstruct investigations into some of the most egregious cases.

The Chicago Red Stars were issued a $1.5 million fine in response to their failure to address repeated complaints of abuse by former coach Rory Dames over a period spanning more than a decade. The league also stipulates that the majority owner, Arnim Whisler, must follow through with his pledge to sell the team in an “expeditious and appropriate” manner.

The Portland Thorns were fined $1 million for their mishandling of former coach Paul Riley’s abuse as reported in The Athletic last year. They also stipulate that owner Merritt Paulson must follow through with his promise to sell the club.

Racing Louisville was fined $200,000 in relation to their handling of former coach Christy Holly. It was also stipulated that Racing must have a completely separate coaching staff and general manager from their brother team, Louisville City, who shares ownership with Racing.

The North Carolina Courage was fined $100,000 and given the same stipulation as Louisville, requiring them to have staff kept completely separate from the other clubs under the same ownership.

Two other teams were fined lesser amounts with no additional stipulations. These include OL Reign and Gotham FC who were each fined $50,000.

Both the Washington Spirit and Kansas City Current were named in the report but received no fines or stipulations. This is because the Spirit has already been sold to new owners and the Current was not found to have retaliated against players who reported mistreatment by former coach Huw Williams.

“A new NWSL begins today,” NWSLPA president Tori Huster said in a statement. “No sanction will ever be enough to undo the harm that too many Players endured. By taking our power back, Players have achieved a complete and total overhaul of the NWSL ecosystem, from the League office to club ownership and staff, with new policies and systems in place to protect player safety.”

These fines are exponentially greater than any previous fine issued by the league. Even the comparably lower fines to Racing Louisville and North Carolina Courage are significantly higher than anything seen previously in the league. And while Racing and the Courage are likely feeling firmly rebuked, their fines are not paralyzing.

The same cannot be said for the Thorns and Red Stars, whose million-dollar fines dwarf anything seen in the NWSL before. To put the size of these fines in perspective, $1.1 million is the size of the entire salary cap for each team in 2022. Therefore, both teams were fined an amount equal to the top amount allowed for an entire team’s player salaries last season.

It’s clear from the severity of these penalties that the league is making it explicit that they will no longer tolerate abusive behavior or look the other way. In the press statement, commissioner Berman said that the league is undergoing a transformative process and these corrective actions are just a first step.

“These changes will require leadership, accountability, funding, and a willingness to embrace this new way of conducting business,” she said. “Our league and clubs are committed to making these changes and will do so with continued input from the NWSL Players Association to make the NWSL a league that sets the standard for the future of sports. I look forward to sharing more about our progress on our efforts ahead of our 2023 season.”