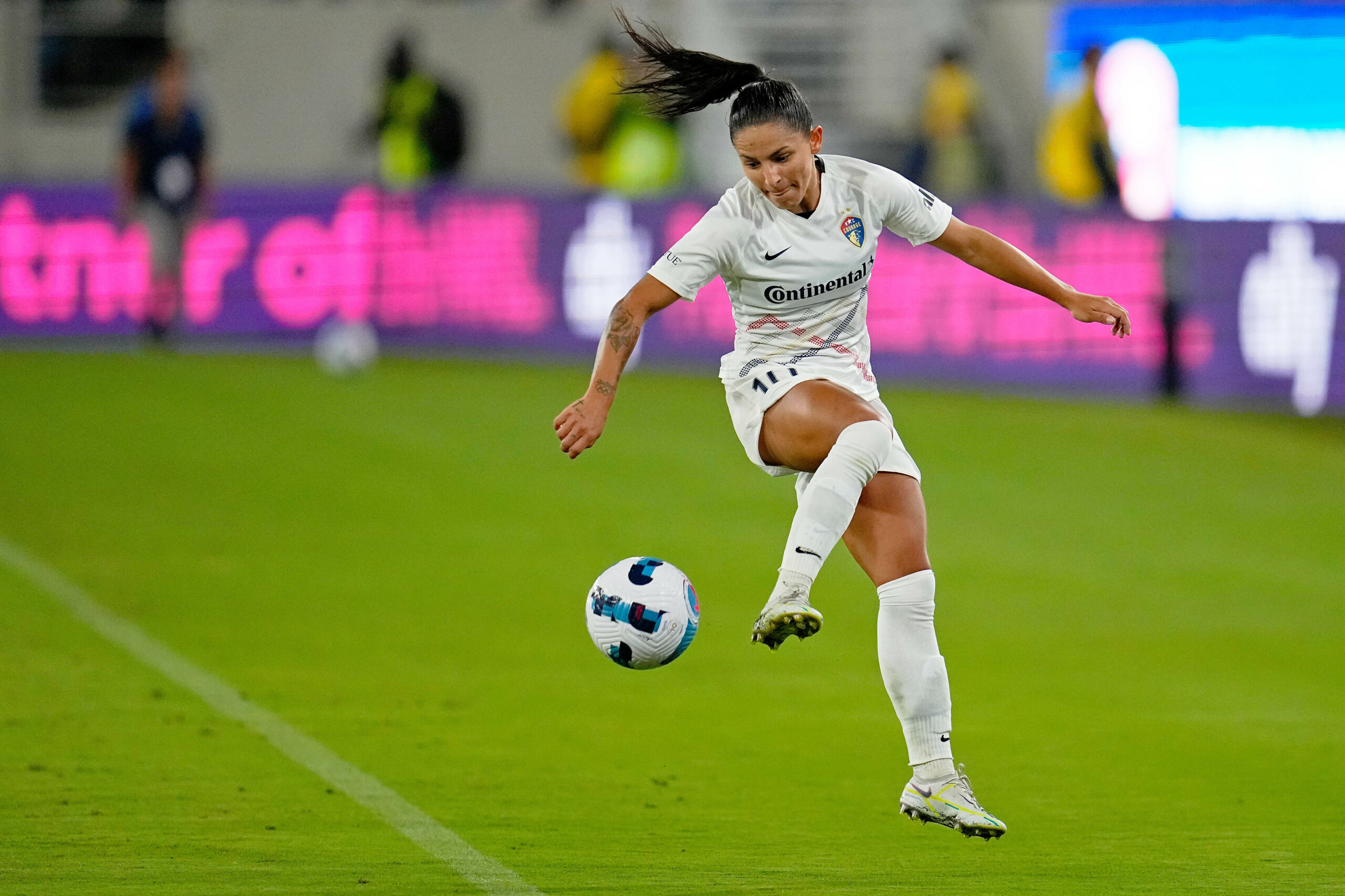 Debinha, arguably the biggest name on the National Women’s Soccer League free-agency list, has announced she will join the Kansas City Current. The club noted the signing on Monday morning, bringing in the Brazilian attacker on a two-year deal, through the 2024 NWSL season, with a third-year option.

The move comes after speculation on Debinha’s future landing spot. On Dec. 22, the two-time NWSL Championship winner and 2019 NWSL Championship MVP announced she would not return to the North Carolina, where she signed in 2017.

On Monday, however, the Brazilian found a new home. Recent weeks saw the Brazilian linked with Arsenal after a season-ending ACL injury to Vivianne Miedema. In the end, Debinha — who was in contention for the 2022 NWSL MVP award before losing to Sophia Smith — picked Kansas City.

“As a professional athlete, I always want to get better and to be on a competitive team that fights for titles, with excellent professionals,” Debinha said in a release. “I’m sure it will help me in that goal and Kansas City showed that last season. The plan that the club has shown me left me really motivated, because of the entire training facility and the construction of a stadium for a women’s team. All of this made me want to be part of it and made me think about being here today. I’m happy for this new journey that is just beginning.”

Co-owners Chris and Angie Long said that the club is “thrilled” to welcome the Brazilian to the Current.

“Debinha is one of the most talented, accomplished, and well-known players in the world,” the Longs said. “Her name is synonymous with excellence. We can’t wait for Kansas City to have the special opportunity to watch Debinha play and cheer her on.”

Meanwhile, general manager Camille Levin Ashton called Debinha “one of the best players” in the world.

“She’s a force on the pitch and has shown that over the last decade,” Levin Ashton said. “She will be a tremendous contributor to the team, and we are happy to have her on our side.”