EQZ already reported that Angel City will take 18-year-old Alyssa Thompson at No. 1, but who else should you keep an eye on? 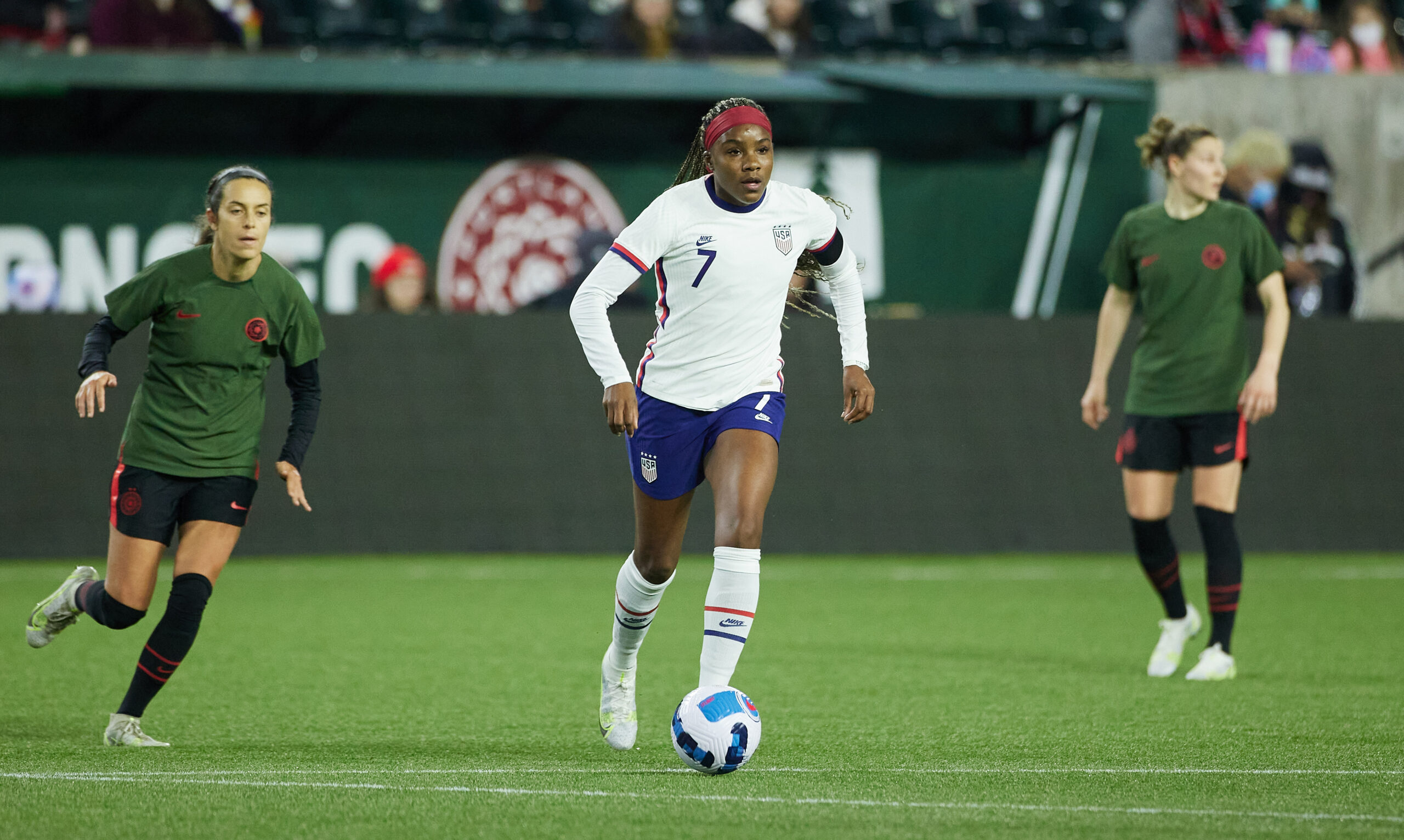 The 2023 National Women’s Soccer League Draft is set for 6 p.m. EST on Thursday. Prospective NWSL players have until 11:59 p.m. EST on Monday to be eligible for selection, but the current list of registered players is already over 200 names long.

Last week, The Equalizer‘s Jeff Kassouf reported that Angel City FC — who now hold the the first overall draft pick after a four-team trade — are expected to select 18-year-old forward Alyssa Thompson. Thompson previously signed a letter of intent to play for Stanford.

Among the rest of the names on the list are some of college soccer’s most decorated players. Who should you keep your eye out for ahead of Thursday’s draft? Here are 10 players who have made a solid case for themselves to be one of the 48 newest additions to the NWSL.

We’ll note that we aren’t calling these the 10 best players on the board, but rather names of note for the future (listed alphabetically by last name). Watch out for where they land on Thursday.

Messiah Bright spent five seasons at TCU, where she played in–and started–102 games. In her final season with the Horned Frogs, Bright led the team in points (26) after notching 11 goals and four assists. That’s an impressive statistic by itself, but it’s actually a drop-off in form from her 2021-2022 season, where she set the single-season TCU goals record (17) and added another six assists. The back-to-back All-American selection graduated as the all-time leader in goals (50) and points (118) at TCU and is clearly poised to be an attacking force in her first season as a pro.

Why Debinha’s move to Kansas City shows value of free agency to NWSL
‘Jogo Bonito’: What Debinha brings to the Kansas City Current