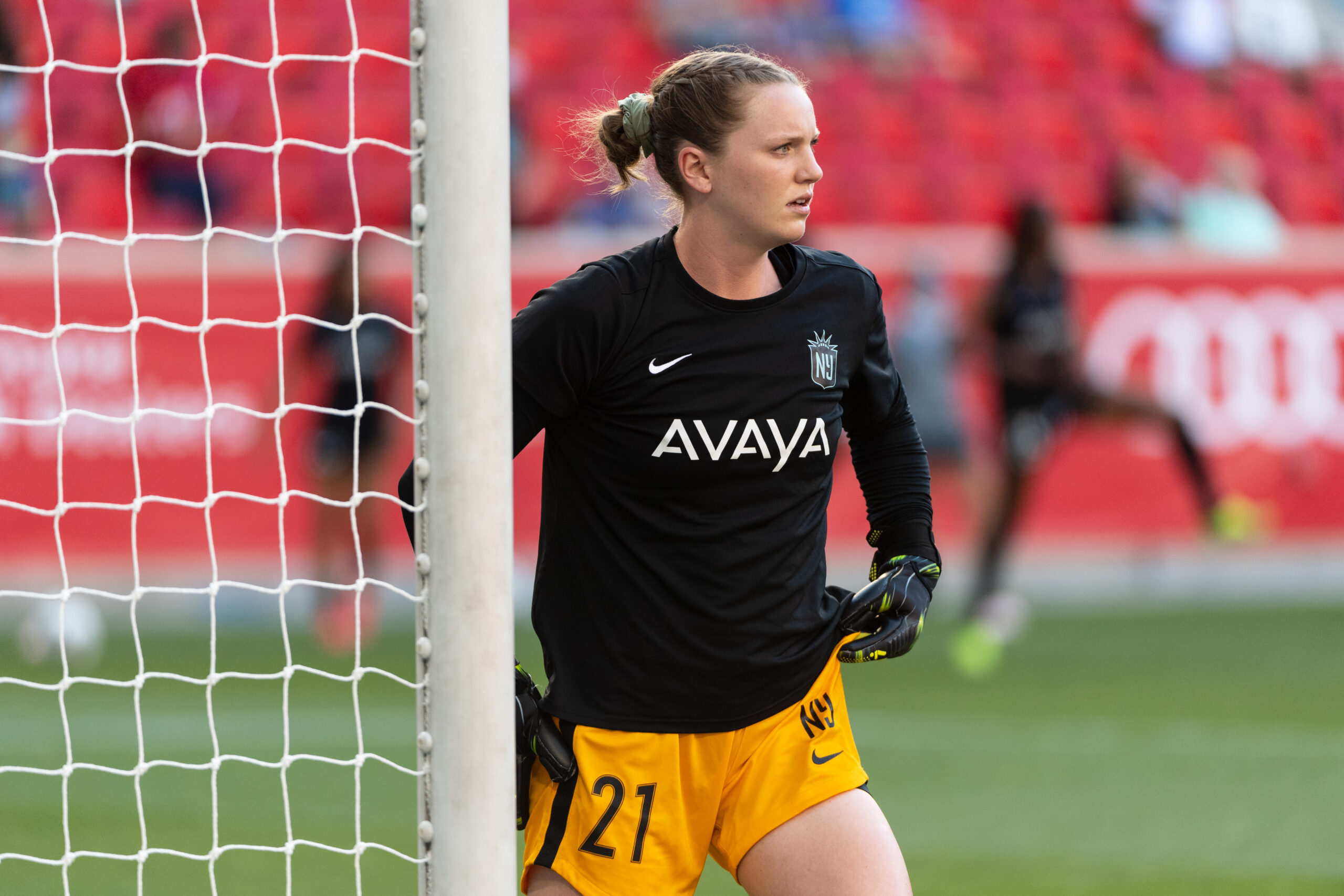 Mandy (McGlynn) Haught has returned to NJ/NY Gotham FC. The 24-year-old goalkeeper, who was drafted 20th overall in the 2020 NWSL Draft, spent the 2022 season with Piteå IF in the Damallsvenskan, Sweden’s top division. She now returns to New Jersey on a two-year contract with a mutual option for a third year, according to Gotham’s announcement on Friday.

“I’m so stoked to be coming back to Gotham FC for my return to the NWSL,” said Haught in a press release. “I have always loved this team and the work ethic I’ve seen on and off the field. The players, coaches, and staff are simply good people and I truly believe this team is capable of great things. I am so ready to put my head down, do the work, and get the results with this group and for our fans!”

Haught made one appearance for Gotham FC on July 2nd, 2021 in a 1-1 draw at home against Kansas City. The Jacksonville native subbed into the game for an injured DiDi Haračić in the 46th minute and played the remainder of the match.

With Haught’s return, Gotham FC now boasts a strong goalkeeper roster that also includes Michelle Betos, Abby Smith, and Hensley Hancuff, who is currently on loan to Brisbane Roar FC in the Australian A-League. It remains to be seen who will secure the starting role, and Haught’s addition adds another solid option to the mix.

Prior to turning pro, Haught was the starting goalkeeper for Virginia Tech from 2016 to 2019. She was twice named All-ACC First Team goalkeeper and a second-team All-American. In international competition, Haught has been a member of the United States U-18 and U-20 national teams. While in Sweden, Haught registered seven shutouts and started every game for Piteå IF.

“Gotham FC is really pleased to welcome back Mandy,” said general manager Yael Averbuch West in a press release. “She’s a player our club drafted, developed and continued to monitor as she got quality game experience in Sweden. We are very excited about Mandy’s progress and potential.”