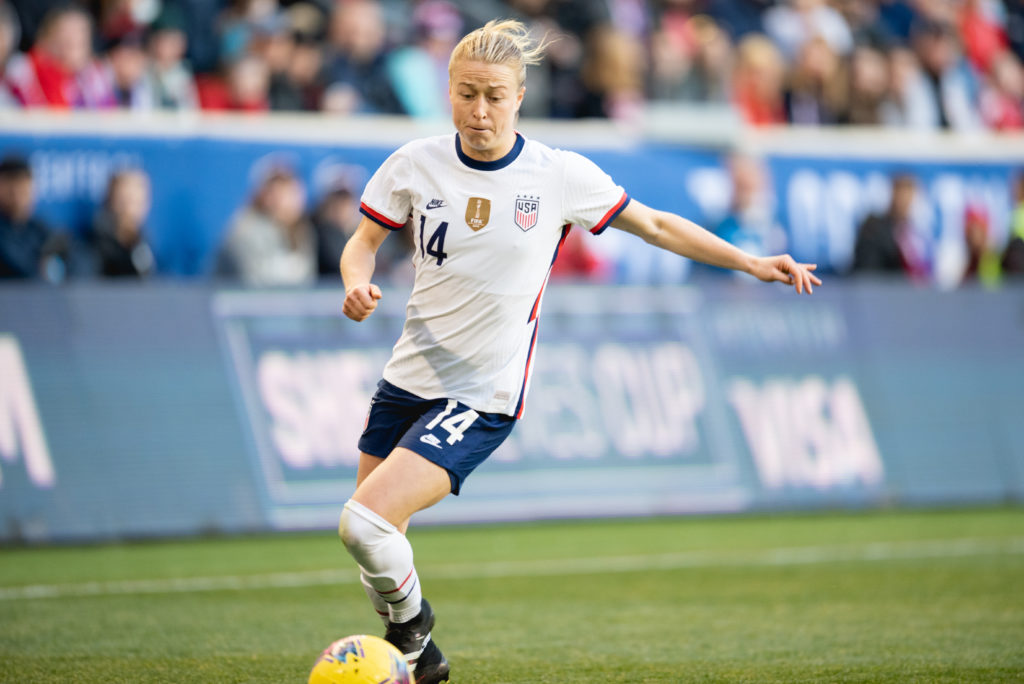 A pair of players returning from injury replace a pair of newly-injured players, and other than that, the United States women’s national team will begin 2023 looking a lot like it did at the end of 2022 — for better or for worse.

U.S. head coach Vlatko Andonovski on Thursday announced a 24-player roster for a pair of away games against New Zealand later this month. The matches, which kick off on Jan. 18 and 21 local time in New Zealand, serve as preparation for this summer’s World Cup. The first match will take place in Wellington and the second match in Auckland, the two venues where the U.S. will exclusively play its group-stage games at the World Cup.

Forward Lynn Williams is back in camp after recovering from a hamstring injury that forced her to miss the entire 2022 National Women’s Soccer League season, and defender Emily Sonnett has recovered from a foot injury that ended her year following the July Concacaf tournament in Monterrey, Mexico, where the U.S. qualified for the 2023 World Cup and 2024 Olympics.

Missing from this January trip are two key offensive pieces: forwards Sophia Smith and Megan Rapinoe. Smith was MVP of both the 2022 NWSL season and championship game, which she helped the Portland Thorns win. In 2022, she carved out her place as a regular starter for the U.S. on the wing. U.S. Soccer says she has a foot injury.

Rapinoe rejoined the U.S. ahead of that Concacaf tournament following limited action for club and country due to injury. Upon returning from U.S. duties last summer, she surged for her club, OL Reign, tallying seven goals and four assists as she helped the club chase down a third NWSL Shield.

Forward Margaret “Midge” Purce also returns to the roster after being dropped for the final four games of 2022, replacing Alyssa Thompson, who made her debut against England in October at age 17. The former Mallory Pugh will now play as Mallory Swanson after getting married in December.

“We’ve been thinking about and planning for the World Cup for a long time, but when the calendar turns to the World Cup year, for sure it brings some renewed focus and energy as the tournament starts in less than 200 days,” said Andonovski. “To get to bring the team to New Zealand in January and play in our World Cup venues has so many benefits so we are going to make sure we maximize our time together, make this trip as productive as possible and enjoy a unique experience as many of our players have never been to New Zealand before.”

The two U.S.-New Zealand matches mark the start of U.S. Soccer’s new media rights agreement with Turner Sports. Both games will air on the streaming service HBO Max (10 p.m. ET on Jan. 17 and 10 p.m. ET on Jan. 20, respectively, in the U.S.).

Catarina Macario the playmaker, not strictly the striker, will benefit the USWNT
Debinha signs with Kansas City Current through 2024