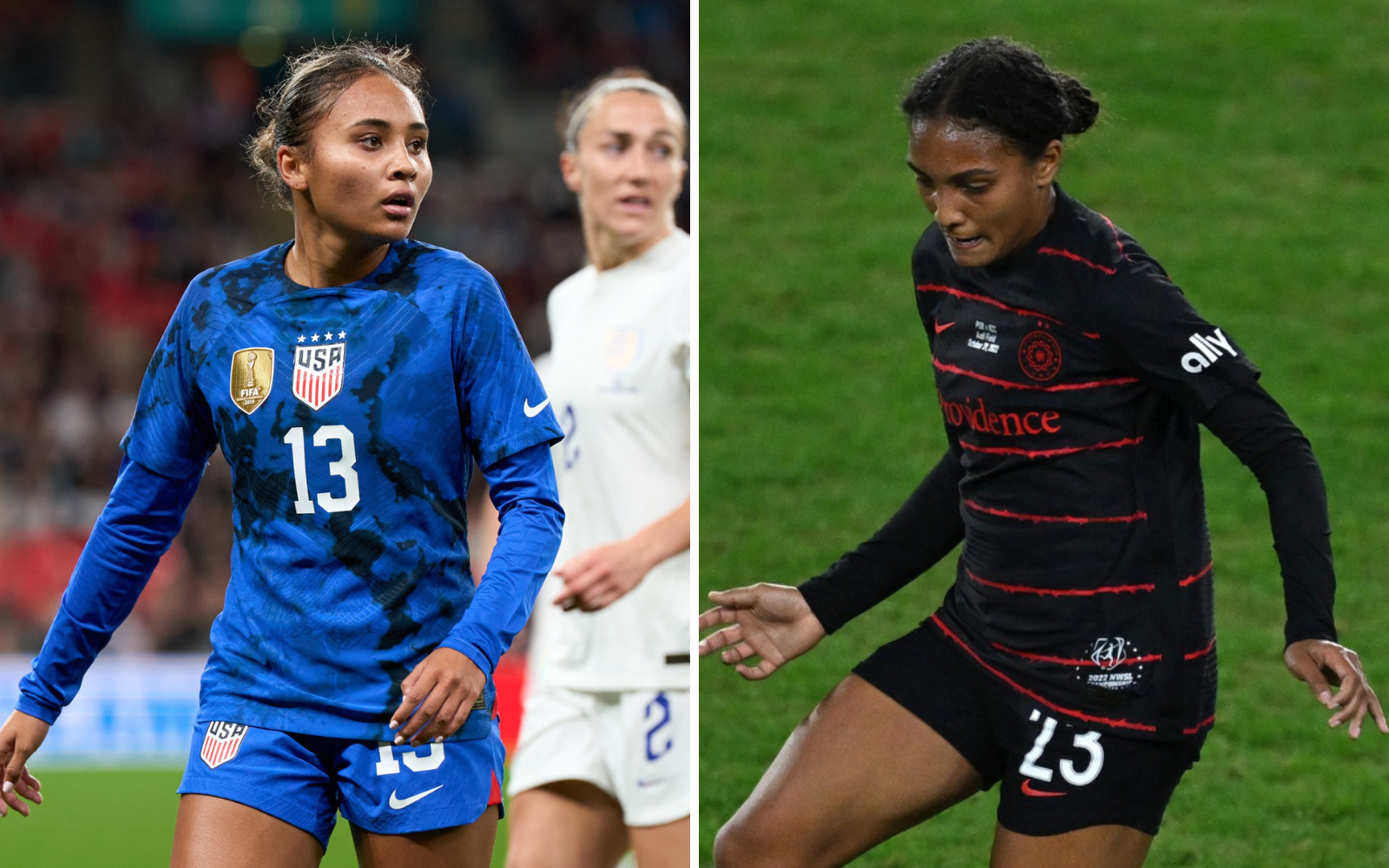 Sources told The Equalizer‘s Jeff Kassouf that the condition required 18-year-old United States national team forward Alyssa Thompson to declare for the 2023 NWSL Draft, so that Angel City could select the local high school star. Thompson previously signed a letter of intent to play for Stanford.

“These two trades were done strategically and as a tandem. They essentially combine for one giant deal for us, and we’re thrilled with the way everything turned out,” Gotham general manager Yael Averbuch West told The Equalizer. “Our approach all offseason has remained the same. We look at every potential move as a building block for our roster. Does this signing or trade make us better? Is this player a good fit for Juan [Carlos Amorós]’s style of play? We have a vision for how we want our club to play and represent what Gotham FC is all about.”

It is not entirely surprising that Gotham traded the first pick. The position is highly coveted in the NWSL draft landscape, and as Averbuch West explained, the team balanced the notion of keeping the pick with hearing offers from other interested teams.

“We could have kept the first pick and been very happy, but we listened to offers. You always listen,” she said. “In being able to acquire an outstanding, accomplished, all-around young player like Yazmeen, we are ecstatic. On a parallel path, we made the deal for the second overall pick so we could continue to be one of the teams controlling the top part of the draft.”

As the use of allocation money has grown and evolved within the NWSL, so have conversations around its value. Averbuch West is happy with what they received for their first overall pick, and for the value they placed on receiving the second overall pick, regardless if they use it in the draft or trade it to another team.

“Just as we received a fantastic package in getting Yazmeen and the allocation money for the first pick, we paid a fair price for the very next pick,” Averbuch West explained. “This second overall pick is an extremely valuable asset. No matter how we decide to utilize it, having this pick today will result in us becoming a stronger team. We’re really pleased about our deal with Orlando.”

The addition of Ryan to Gotham’s midfield is sensible for a club trying to strengthen and add depth to all parts of their lineup this offseason. Ryan was selected six overall in the 2021 NWSL Draft by the Portland Thorns where she played for two seasons. The 23-year-old made a substantial contribution to the Thorns, scoring two goals and five assists over 20 games last season. She was instrumental in helping the club win multiple titles including the 2022 NWSL Championship and the 2021 NWSL Shield. The Norman, Okla., native will certainly be a welcomed addition to the Gotham roster as they try to put their 2022 last-place finish behind them and work towards the 2023 postseason.

“Yazmeen is a huge addition for our club. She’s already been a starter on a championship NWSL team and achieved so much at 23. The incredible thing is, Yazmeen will continue to develop and evolve as a top player in this league,” Avebuch West said. “I have to tell you, when we got the chance to speak with her, Yazmeen’s energy and determination were inspiring. She is so excited to take the next step in her career with Gotham FC. She fits perfectly into our vision for the club. In a busy offseason, this is a very big day for us.”

The Equalizer is teaming up with The Next

The Equalizer is partnering with The Next to bring more women’s sports stories to your inbox. Subscribers to The Equalizer now receive 50% off their subscription to The Next for 24/7 coverage of women’s basketball.

Ryan herself is looking forward to joining the Gotham organization, getting a fresh start, and working with new coach Juan Carlos Amorós. She is ready to take what she’s learned so far and work towards achieving her goals, including contributing to earning a championship for Gotham.

“I learned a lot in my two seasons with the Thorns,” Ryan told The Equalizer. “Demanding a high level [at] every training and perfecting details are crucial. Details matter. When you create habits for yourself that allow you to perform at your best every single day, you set yourself up for success.”

For Ryan, Gotham has demonstrated immense faith in her abilities in making this trade. She is looking forward to making her mark both on and off the field. “I’ve never lived in the East before,” she said. “I’m looking forward to experiencing the culture, community, and food, and exploring the entire region.”

As Ryan prepares for her cross-country move and new team, she is setting her mind on her professional goals, and feels confident that Gotham is the place where she will be able to achieve them. “A personal goal for me at Gotham FC is to continue to elevate my game in every aspect,” she said. “[To] score more goals, create more assists, increase passing percentage, and be more dangerous in the attack. I believe playing with confidence and trusting my abilities will set me free from limitations and allow me to be myself. I’m really excited to be part of Gotham FC.”

Jeff Kassouf contributed to this report.