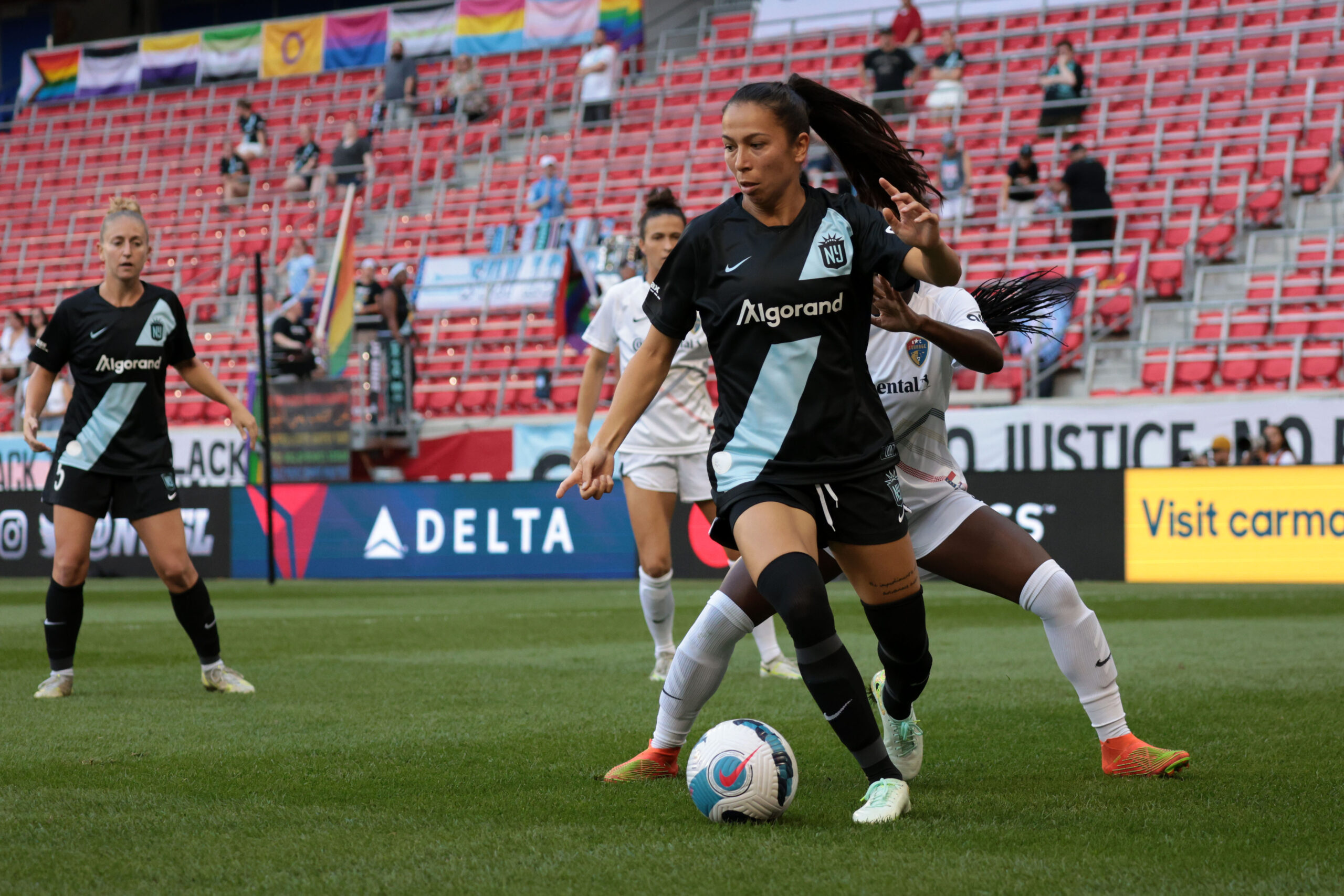 As NJ/NY Gotham FC continues their rebuild following their last-place finish in the 2022 National Women’s Soccer League season, the club announced on Thursday that midfielder Victoria Pickett has signed a new contract with the New Jersey-based club. With this updated contract, Pickett will stay with Gotham through the 2025 season with a mutual option for a fourth year.

“We have made this commitment to Victoria because we see her as a core player for Gotham FC,” Yael Averbuch West, general manager of Gotham FC, said. “We are very proud that she had a rewarding experience with us late in the season and recognized the quality of club we are building. Finalizing a long-term agreement with Victoria is a great way for us to head into the holiday break. This is a day of celebration for our club and our fans.”

Pickett, who was the 15th overall draft pick in the 2021 NWSL Draft, joined Gotham FC in August 2022 following a trade with the Kansas City Current. The Ontario native made a quick impact for a struggling team, starting four out of the six matches she played.

“I am beyond excited to sign a new contract with Gotham FC. The vision and goals of the club align with what I expect out of myself and out of a professional environment, so it was a no-brainer to re-sign with Gotham,” Pickett said. “When I was traded from the KC Current near the tail end of this past season, I was a little nervous about how I would fit in. But in such a short amount of time I had found my second home in Gotham FC. I was not only accepted, but embraced by my teammates, staff, and community. Gotham FC is an incredible organization and I look forward to contributing to the success of the club both on and off the pitch, and I will do everything I can for this club.”

Prior to her time at Gotham, Pickett was a 2021 finalist for Rookie of the Year. She has represented Canada at the U-17 and U-20 levels, and had a decorated college career at the University of Wisconsin.

Pickett’s contract extension demonstrates a Gotham side that is committed to the future of their club and looking to climb the table for the 2023  season. The club has already re-signed many of their free agents including Ifeoma Onumonu, Taylor Smith and Mandy Freeman, along with a few other off-season moves aimed to bolster their roster heading into the NWSL’s 11th season.

Next, Gotham will likely be looking towards the NWSL Draft next month — Jan. 12, at 6 p.m. in Philadelphia at the United Soccer Coaches Convention — to add more young talent to strengthening roster.

Sam Laity is the new Dash coach. That’s only the start of Houston’s vision, GM Singer says
How Debinha opted not to return to NC Courage in 2023