How Debinha opted not to return to NC Courage in 2023 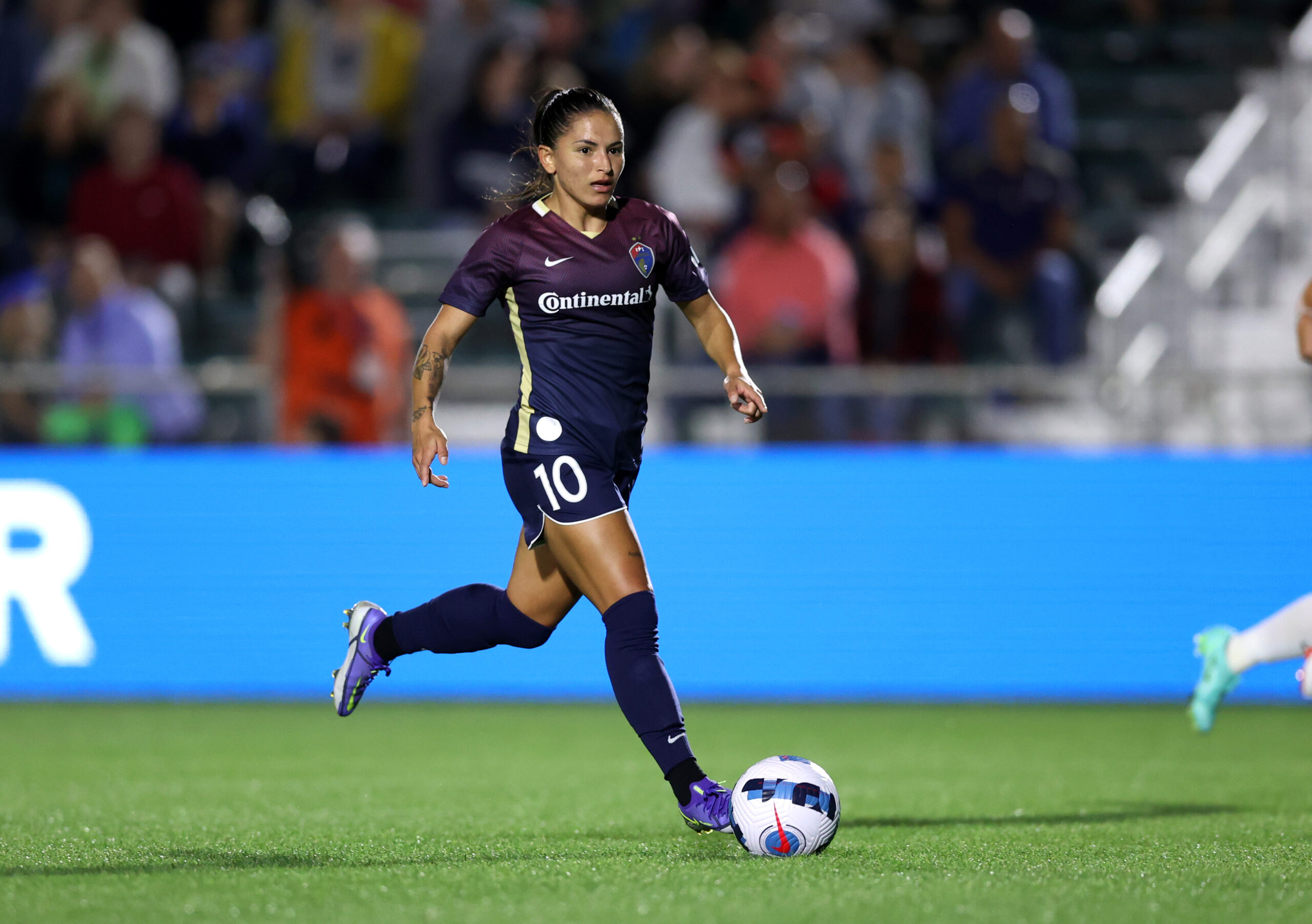 Debinha, a free agent, has informed the North Carolina Courage that she will not return for the 2023 season. A brand-new rule is what made it possible.

The Brazilian international was one of the 22 players cleared to be a free agent by a independent arbitrator in October. The 31-year-old midfielder signed with the Courage in 2017, winning two NWSL Championship titles, three NWSL Shield trophies and the 2022 NWSL Challenge Cup.

Recently, she was named to the NWSL Best XI this past season. She was the NWSL Championship match MVP after North Carolina defeated the Chicago Red Stars, 4-1, in 2019. Debinha scored the first of the four goals.

“We are extremely sad to see Deb leave and we know she does so as one of the most iconic players in our club’s history,” Curt Johnson, Courage Chief Soccer Officer, said. “We’ve watched her develop into a national and international superstar over the last half-decade with our club. We made a significant offer and certainly every attempt to keep her here in North Carolina. In our conversations, though, it became clear that – despite a deep love for this club and this community – she finds it in her best interest to continue her professional career elsewhere and we wish her nothing but the best.”

Debinha has more than 100 NWSL regular-season appearances, solely with the Courage. Debinha began her career in 2006 in her native Brazil, staying in the country until signing with Avaldsnes IL in 2013. She also featured in China in 2016, signing with Dalian Quanjian.

In her six seasons in North Carolina, Debinha started 89 of her 100 regular-season appearances, scoring 35 goals and providing 17 assists. Debinha was in the conversation for the NWSL MVP award this past season, ultimately losing to Sophia Smith, after scoring a career high 12 goals in one season.

“It’s difficult to say goodbye to a club and community that has played such a big part in my life,” Debinha said. “I would like to thank the Courage for six amazing seasons, a time that we achieved so much and set a very high bar for the growth of women’s fútbol. I will always hold my time in North Carolina in a special place and have high regard for Sean, the coaching staff, the entire organization, and all those who helped me develop into the player I am today. I will forever hold dearly my teammates and all we accomplished. I would like thank the amazing fans of the Courage for their unwavering support my entire time in North Carolina. I will forever be grateful for my time with the Courage and I wish the club nothing but success in the future.”

Debinha also scored nine goals in 16 NWSL Challenge Cup matches since the beginning of the tournament in 2020. Five of her goals came in the Courage’s win in the 2022 Challenge Cup.

The longtime North Carolina mainstay has been the topic of conversation throughout the NWSL offseason. With Vivianne Miedema out with a torn ACL, her name has been linked with Arsenal for a move to help replace the striker.