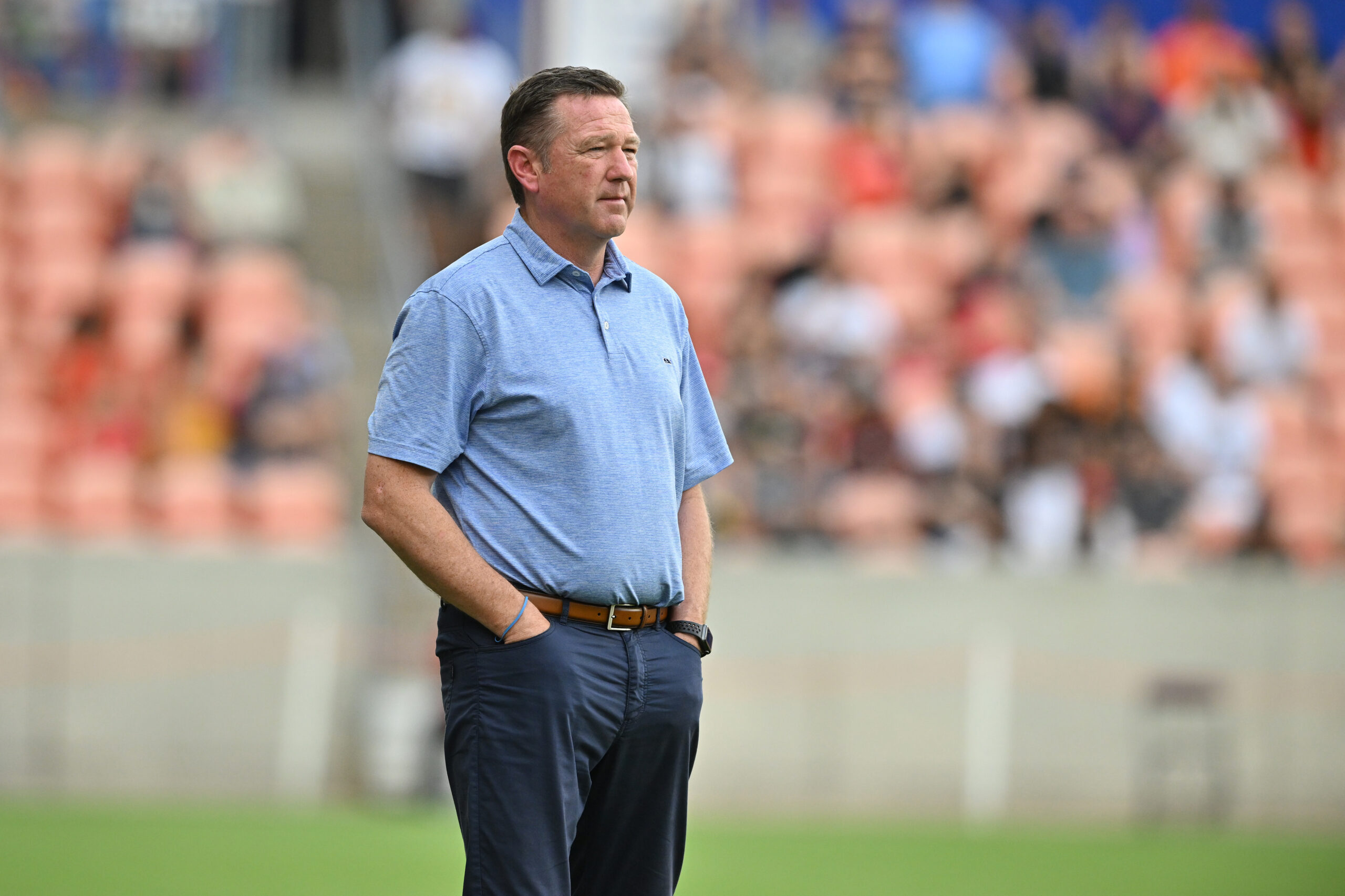 Houston Dash head coach James Clarkson had been under investigation since December 2021 before, in April of this year, he was placed on temporary suspension by the club. The suspension came at the recommendation of the joint investigative team, a collaborative and independent investigation into the National Women’s Soccer League that was commissioned more than a year ago as a joint effort between the league and its players association, the NWSLPA.

The final report, released on Wednesday, concluded that Clarkson’s actions constituted emotional misconduct. His unpredictable moods created a “culuture of anxiety,” according to the report, leading two players to report they sought therapy.

Shortly after the report was released, the Dash announced that they would not be renewing Clarkson’s expiring contract. Clarkson did not immediately respond to The Equalizer’s request for comment.

Three specific incidents were illustrated in the report. None of the players involved in either were identified in the report. One incident was during the Dash’s 2022 preseason trip to Mexico, where they played Pumas in a friendly. A player slated to be in the starting lineup became ill during warmups and was unable to play. The performance staff told Clarkson the player was dealing with altitude sickness. But Clarkson was aware the player was one of four who had dined at the apartment of a Pumas player the night before.

The day after the match, Clarkson reprimanded the team and called them selfish, disrespectful and unprofessional. During the meeting he accused the quartet of drinking alcohol the night before the game, and multiple people interviewed said Clarkson thought the player was ill due to a hangover. Multiple people interviewed also told the joint investigative team that players had not been drinking that evening.

Clarkson did not allow the players in question to address the team during the meeting, telling them: “Cameras don’t lie.” This despite a staff member reporting being unable to obtain security footage from the hotel that Clarkson had requested. Some players reported that the incident left them feeling attacked, scared and on edge. Clarkson told his team captains at the time that players “should be scared.” He told the investigation that he understood players feeling attacked but that he did not attack anyone.

The other significant incident covered in the report involved an injured player. It was not specified when this issue took place. Clarkson coached the Dash from 2019 through the 2022 Challenge Cup and was placed on suspension prior to the 2022 regular season. The incident involved a player who was nursing an ankle injury ahead of a match but decided to dress as part of the 18-player game day lineup, believing she would not see the pitch.

According to a staff member, Clarkson believed that the player was 100% fit since she suited up for the game. The player, however, told the joint investigative team that Clarkson was aware of her injury. The player wound up being put into the match but asked out soon thereafter during a hydration break. The player recalled Clarkson responding by saying, “How the f*ck are you so unprofessional?”  Another player who was on the bench that day did not recall those specific words but agreed that Clarkson had a disgusted look on his face. That player said she later spoke to Clarkson, who acknowledged he did not handle the situation properly. Clarkson denied to the joint investigative team that he made the comment.

Another incident, from April 2021, was also highlighted. Then Chicago Red Stars defender Sarah Gorden had publicly criticized stadium security in Houston for racially profiling her boyfriend and not allowing him to greet her in the same area that white families were allowed in. Clarkson, according to the report, wrote the phone numbers of stadium security on a board and asked players to apologize to them. Some players thought Clarkson handled the situation well, while others felt he failed to understand the perspectives of Black players.

In more broad findings pertaining to Clarkson, several players relayed that he seemed to target one or two players each season for excessive and unjustified criticism. This conduct, they agreed, was outside the bounds of appropriate coaching. Some players said game performance was affected and two sought therapy as a result. That said, while nearly everyone who spoke to the joint investigative team said Clarkson was “not adept at tailoring his coaching style to particular players’ needs or reactions,” a majority of them believed the coach’s conduct did not meet the standards of abuse or misconduct, according to the report.

Clarkson was a leader with the Dash in terms of pushing the club to develop a mental health program to support players, the report revealed. He sent several emails to club officials in 2020 and 2021 to help spearhead the initiative. Despite that, people interviewed said the coach failed to recognize his effect on players. An example laid out in the report was when he told a player who was nursing an injury that her stride looked like a lame horse. The player replied: “So should I shoot myself?” to which Clarkson laughed. The player said she told Clarkson the comment was offensive after which he laughed again. Clarkson denied having had a second conversation.

The joint investigative team found Clarkson “exhibited a lack of candor” in his interview. He denied to them ever raising his voice to players or losing control of his emotions.