‘They embraced me’: How Julianne Sitch made history as the first woman to lead a men’s team to an NCAA title 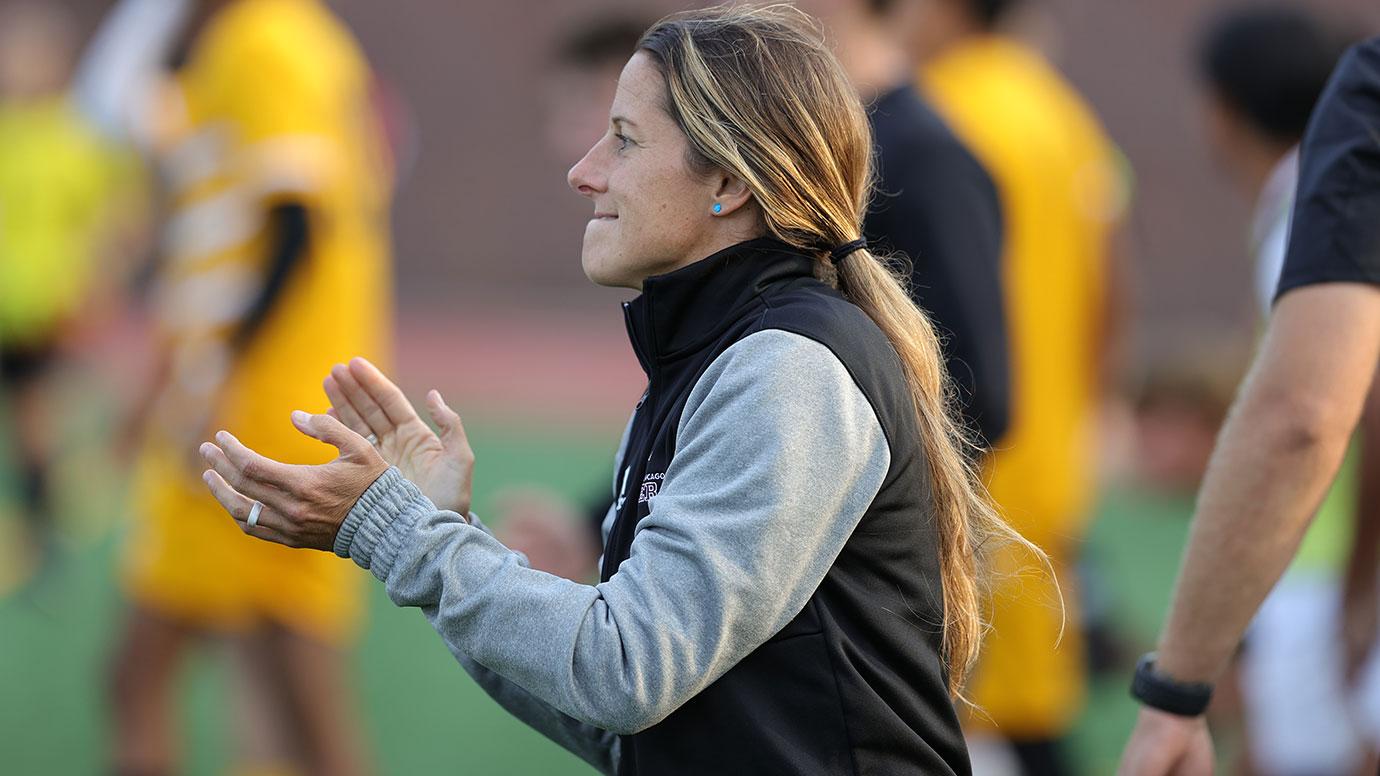 Julianne Sitch lifting up the NCAA D-3 Championship trophy with the University of Chicago men’s soccer team meant more than just one game, one final whistle or one game-winning goal.

It reminded the 39-year-old coach about her own journey in soccer. A former professional player with the Chicago Red Stars and various clubs overseas, Sitch was always ‘one of the boys.’

“I was five years old, and the only girl on an all-boys soccer team,” Sitch told The Equalizer. “From five until about seven or eight, I played only with boys, and I played with boys in the neighborhood. At age five, I told my dad I wanted to be a professional soccer player. The only people I had to look up to were men’s soccer players. We had MLS and my bedroom was filled with men’s soccer players’ posters.”

Of course, when the U.S. women’s national team won the FIFA Women’s World Cup in 1999, her posters were replaced with standouts like Mia Hamm, Carla Overbeck and Brandi Chastain. For Sitch, she saw women’s players lifting a trophy and going professional, at the time in the WUSA. Once she saw the representation, she knew she could do it, too.

“From that moment is when I really truly believed I could be a professional soccer player, and my bedroom walls changed to women’s soccer players’ posters,” Sitch said. “I could see that, I could dream it and I could believe it.”

That’s what crosses Sitch’s mind when she looks back to just a few days ago, when she became the first-ever woman to coach a men’s NCAA college soccer team to a national title. The University of Chicago won the D-3 title after a 2-0 victory over Williams. Juniors Robbie Pino and Ryan Teishefsky scored, while Will Boyes and the defense kept a clean sheet.

“For this, it’s a huge step for young girls and young women, not just in the sports world, but in the corporate world in general, seeing women in leadership roles,” Sitch said. “Young girls have something to aspire to because now they can see it, believe in it, dream of it and aspire for it.”

Access the best women’s soccer coverage all year long
Start your FREE, 7-day trial of The Equalizer Extra for industry-leading reporting and insight on the USWNT, NWSL and beyond.
Subscribe
Existing Users Sign In Here
Related TopicsExtraFeaturedJulianne SitchStreamUniversity of Chicago