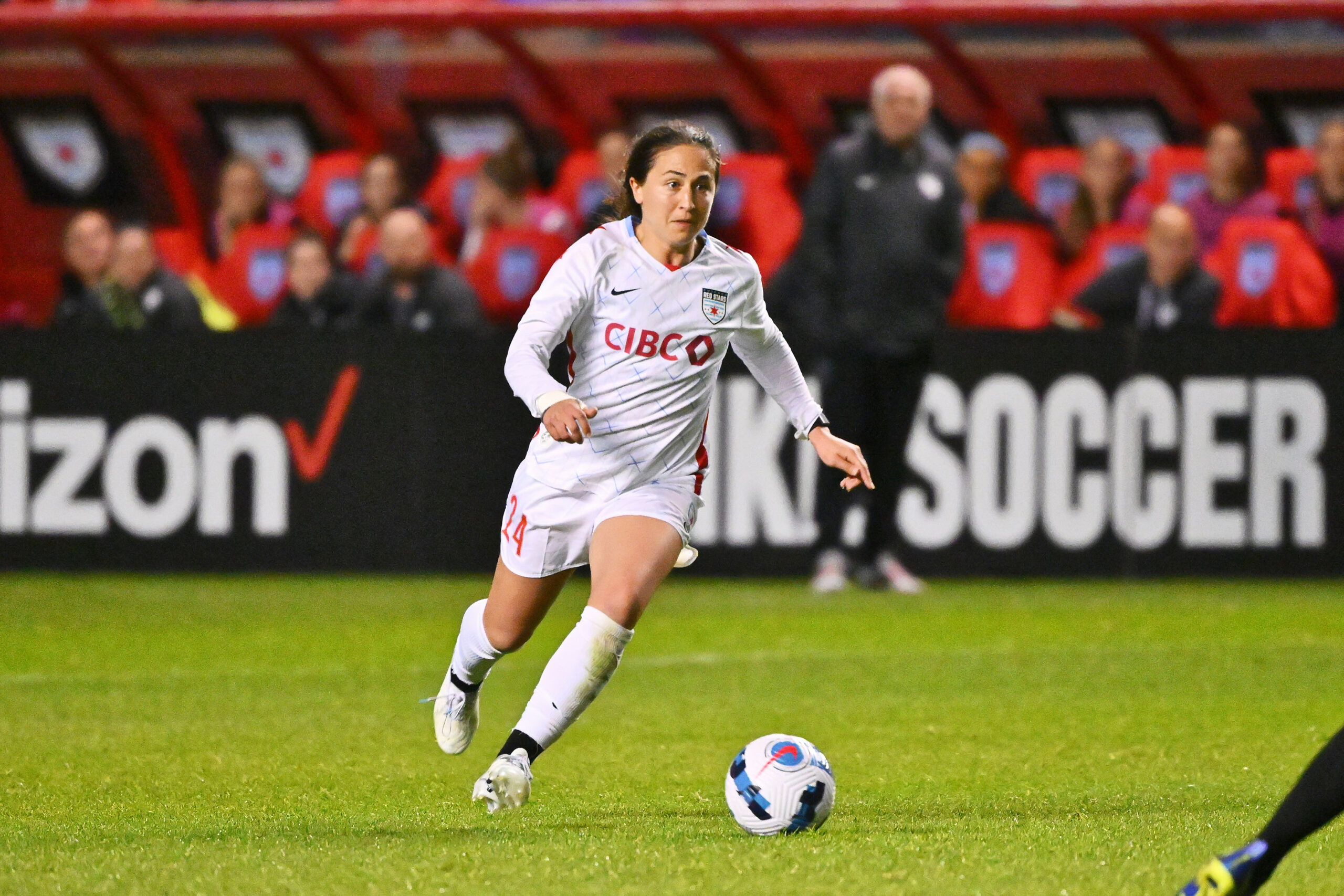 Danielle Colaprico will be wearing a different color next year. The longtime Chicago Red Stars mainstay in the midfield signed with San Diego Wave FC ahead of the 2023 National Women’s Soccer League season. Colaprico inked a two-year deal, through the 2024 season.

Colaprico is the sixth player to utilize the NWSL free agency to sign a contract with a new club so far. The others include Kristen Edmonds (to Gotham from Kansas City), Rachel Hill (to San Diego from Chicago), Estelle Johnson (to North Carolina from Gotham), Kelley O’Hara (to Gotham from Washington) and Abby Smith (to Gotham from Portland).

Colaprico was drafted by Chicago in the 2015 NWSL College Draft with the No. 9 overall pick to close out the first round. Since then, Colaprico has donned the Red Stars jersey, with stints abroad on loan in the offseason with Adelaide United and Sydney FC in Australia. With Chicago, Colaprico finishes her time in the Windy City with 147 starts in 168 appearances — including the regular season, playoffs and NWSL Challenge Cup — along with five goals and 11 assists.

Colaprico, who played her collegiate soccer at Virginia, also added a few individual awards to her resumé, including the 2015 NWSL Rookie of the Year. In addition, during her time with Sydney FC in the former Australia W-League — now the A-League Women — Colaprico helped lift the league title. She has been named to the NWSL Second Best XI three times, for three straight seasons, in 2015, 2016 and 2017.

“I’m very happy with the signing of Danielle,” San Diego Wave head coach Casey Stoney said. “Danny brings with her a vast amount of league experience along with the ability to dictate the play in the midfield, and both of these qualities will really strengthen our team as we enter year two.”

“I’m so excited to have signed with the San Diego Wave and continue my soccer journey here,” Colaprico said. “Seeing the growth the team made in just one year is inspirational. I can’t wait to play in front of an incredible fan base and further develop as a player with my new teammates, under coach Casey Stoney.”