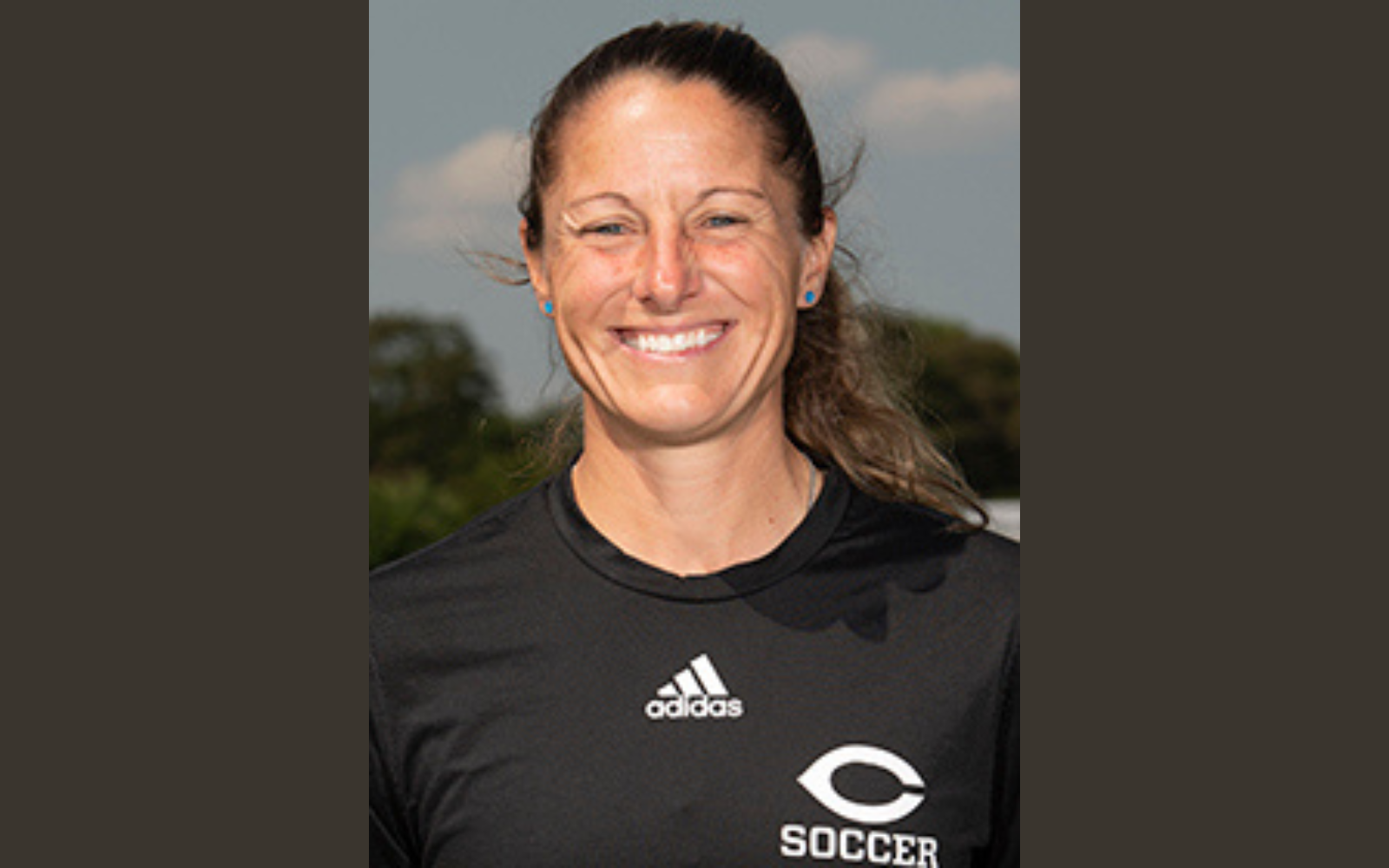 As the announcer finished counting down the final seconds of the championship match over the loudspeaker, University of Chicago head coach Julianne Sitch shook hands with officials and failed to dodge a shower of Powerade before joining her ecstatic players on the pitch to celebrate.

The former Chicago Red Stars defender had just made history as the first woman to lead a men’s program to an NCAA title. In her first year as head coach, Sitch guided the University of Chicago men’s team through an undefeated 22-0-1 season that culminated in them winning the Division III championship after defeating Williams College, 2-0 on Saturday night.

“It gives young girls something to aspire to, right?” she told CBS News this week. “If they can see it, they can dream it, they can believe it, and then aspire to be that.”

Prior to becoming a coach, Sitch had a long career as a player. At DePaul University, she set career records in goals, assists, and points and she ended her college career in 2005 as the program’s all-time leading scorer. Professionally, she played in Sweden for Bälinge IF, in Australia for the Melbourne Victory, and for the Chicago Red Stars both in the former Women’s Professional Soccer and the current National Women’s Soccer League.

Chicago’s players are quick to insist that their coach’s gender isn’t something that ever concerned them. Team captain and senior Griffin Wada called Sitch “a calm presence” and said it was never “a huge, pressing thing that she was a woman.”

Junior goalkeeper Will Boyes agreed, saying, “Once we step on the field, our play speaks for itself and speaks to her coaching abilities.”

While Sitch’s gender might not have been a big deal for her players, it is an undeniably huge deal in the wider context of collegiate sports. Although Title IX, introduced in 1972, has helped diminish gender discrimination in opportunities for student-athletes, it has no regulations on gender equity in coaching.

A U.S. Department of Education report found that, in 2020, only 5% of all NCAA men’s sports had head coaches identifying as women. Out of all 415 teams in Division III men’s soccer, Sitch is only one of two female head coaches (Kim Wyant at NYU is the other).

Even in women’s sports, less than 50% of coaches were female-identifying. Specifically relating to soccer, a report from the Tucker Center for Research on Women and Girls in Sports gave Division I NCAA women’s soccer a D grade for 2019-2020 after finding that only 28.4% of head coaches were female.

Sitch said these statistics reflect her own experiences as a player.

“Even for myself growing up, I always had male coaches,” she told CBS News. “I didn’t have female coaches until I was 25 – in my first year in the pros.”

In her mind, gender doesn’t have anything to do with coaching. It’s all about the individual and what they can personally bring to the table.

“Every coach has something different to offer,” she said.

Still, the importance of her accomplishments as one of the few women in a top coaching position isn’t lost on her.

“It definitely helps to continue to open doors and help women in our league,” she said. “I’m very humbled to be in this position.”

What will Arnim Whisler’s exit mean for the future of the Chicago Red Stars?
Danielle Colaprico signs with San Diego Wave FC