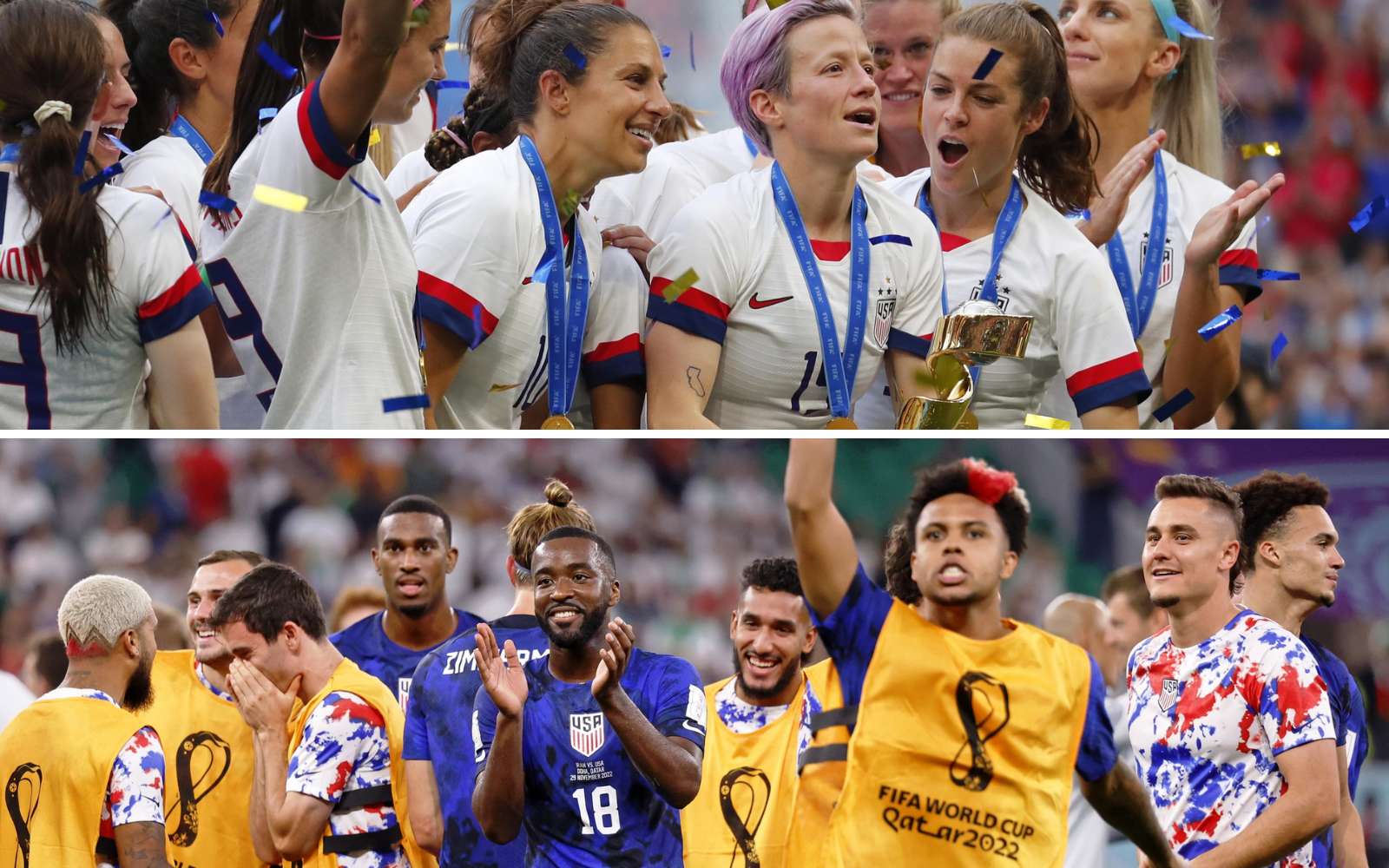 The United States men’s national team’s 1-0 victory over Iran on Tuesday at the 2022 World Cup was a big deal for the U.S. women, too. The men’s team’s victory guarantees at least $4 million in additional prize money and, under the terms of the new collective bargaining agreements for each team, that money is shared equally.

The American men advanced to the knockout stage of the tournament with the victory over Iran. Teams that exit the group stage of the 2022 Men’s World Cup recieve $9 million each of the $440 million total pot of FIFA prize money. Advancing to the round of 16, as the U.S. did on Tuesday, means a prize of at least $13 million.

“Equalizing” FIFA prize money was one of the biggest roadblocks to getting new collective bargaining agreements over the line. U.S. Soccer’s new agreements with its men’s and women’s national teams, which were ratified earlier this year, require 90% of the total prize money earned by the respective U.S. teams at each of the Men’s and Women’s World Cups (assuming both qualify, as they have for 2022 and 2023) to be split equally. Thus, the $4 million extra is a seven-figure bump in what women’s players can expect to share.

The shocking statistic? The U.S. women stand to earn more money from the men’s team’s prize money at this World Cup than they earned for winning the 2019 World Cup.

The per-team numbers represented above are split among World Cup-rostered players. Rosters for the 2022 Men’s World Cup were expanded to 26 players, up from the previous number of 23 per team. As of now, rosters for the Women’s World Cup are expected to be 23 players.

Men’s players are required to receive their shares of the money within 31 days of U.S. Soccer receiving the prize from FIFA. The rest goes into an interest-bearing account (with interest divided equally) while U.S. Soccer awaits the prize money (and exact U.S. roster) for the women’s team at the 2023 Word Cup., to know which players to pay.

If there are 23 players on the United States’ Women’s World Cup roster next year, they each stand to earn a minimum of $254,347.83 (plus interest) just from the U.S. men’s teams prize money if shared equally. This would be in addition to the prize money split between the teams from the Women’s World Cup — FIFA is yet to announce the size of that pot — and the individual game bonuses for the women.

Individual bonuses for U.S. women’s players include $10,000 per-game roster appearance bonus for World Cup matches. That much — $30,000 each for three group games, at minimum — is guaranteed. It is a maximum of $70,000 if the U.S. makes it to the final for a fourth straight time.

The rest of the women’s earnings are hypothetical at the moment, dependent upon FIFA’s prize money and the team’s finish at the tournament.

All of these figures are just snapshots in addition to per-game bonuses for each team outside of the World Cup, marketing, licensing and ticket sales bonuses, and potential revenue sharing should U.S. Soccer eclipse $55 million in net commercial revenue.

The entire collective bargaining agreement between U.S. Soccer and its women’s players can be found here. Beginning in 2026 — a Men’s World Cup that the U.S. is co-hosting with Mexico and Canada — the teams will equally share 80% of prize money. Below is the relevant section regarding World Cup revenue sharing.