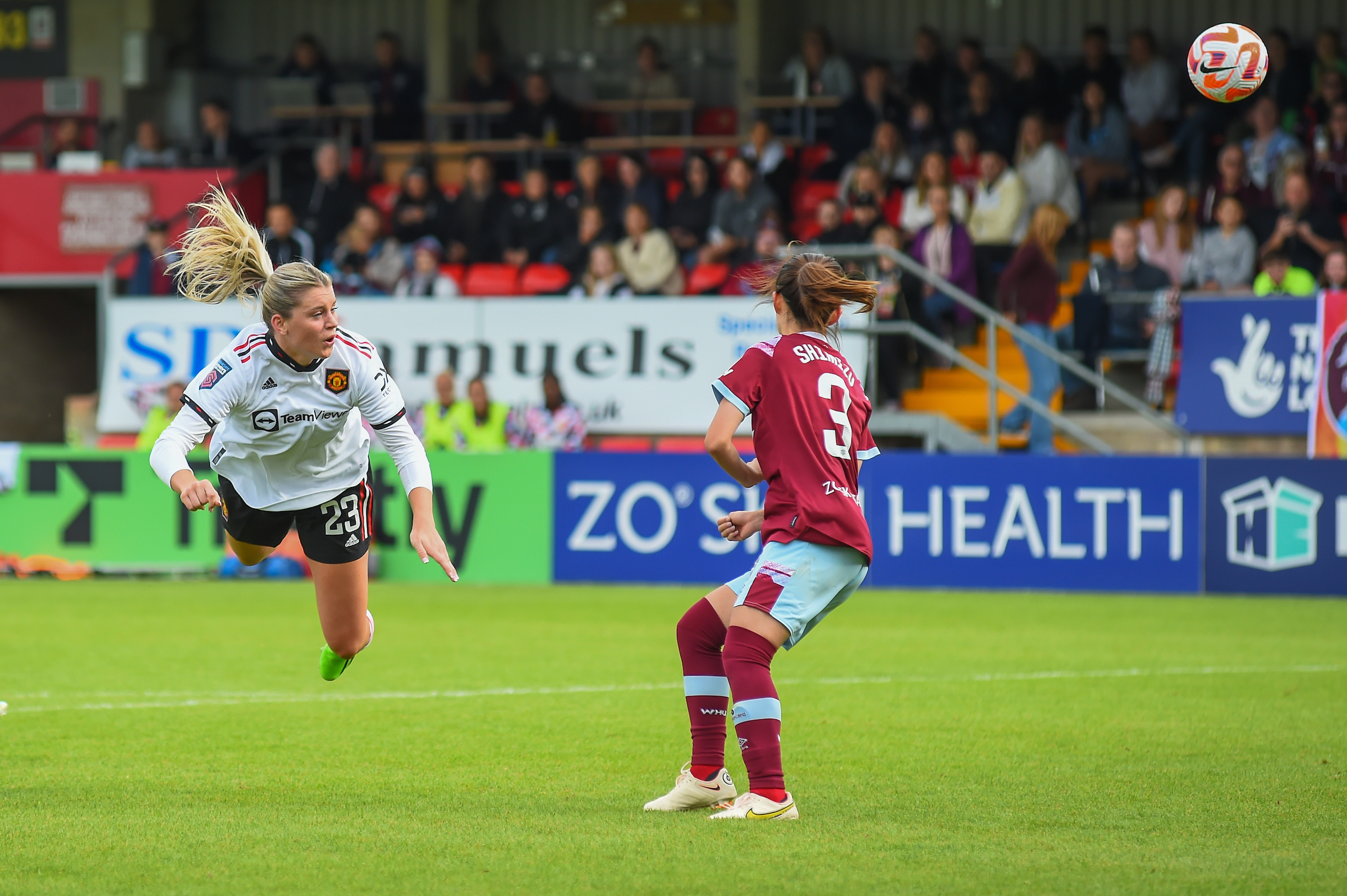 England was losing to Spain in the quarterfinals of their home EUROs, time whistling away from them. With six minutes remaining, the Lionesses threw another high cross into the box, the sort of situation Paredes usually deals with comfortably.

This time, however, Russo out-muscled the Barcelona and Spain center back. Russo’s knock-down fell to Ella Toone, and England had its equalizer. As Russo celebrated with teammates, Paredes — one of the game’s great defenders — lay motionless on the turf, hoping for intervention from the officials. England went on to win that game, then the whole tournament.

Fast forward four months, and Russo is inflicting similar damage at the club level. In stoppage time of last weekend’s crucial Women’s Super League meeting between Manchester United and Arsenal, held at the home of Arsenal’s men’s team in front of over 40,000 fans, Russo headed home a winning goal. A corner kick came in, and she effortlessly shunted her way between Steph Catley and Vivianne Miedema to win first contact. United won 3-2 to silence the crowd and move level with their hosts in the title race. It was arguably the biggest win in the club’s relatively short WSL history.

Access the best women’s soccer coverage all year long
Start your FREE, 7-day trial of The Equalizer Extra for industry-leading reporting and insight on the USWNT, NWSL and beyond.
Subscribe
Existing Users Sign In Here
Related TopicsAlessia RussoEnglandExtraFAWSLFeaturedManchester United