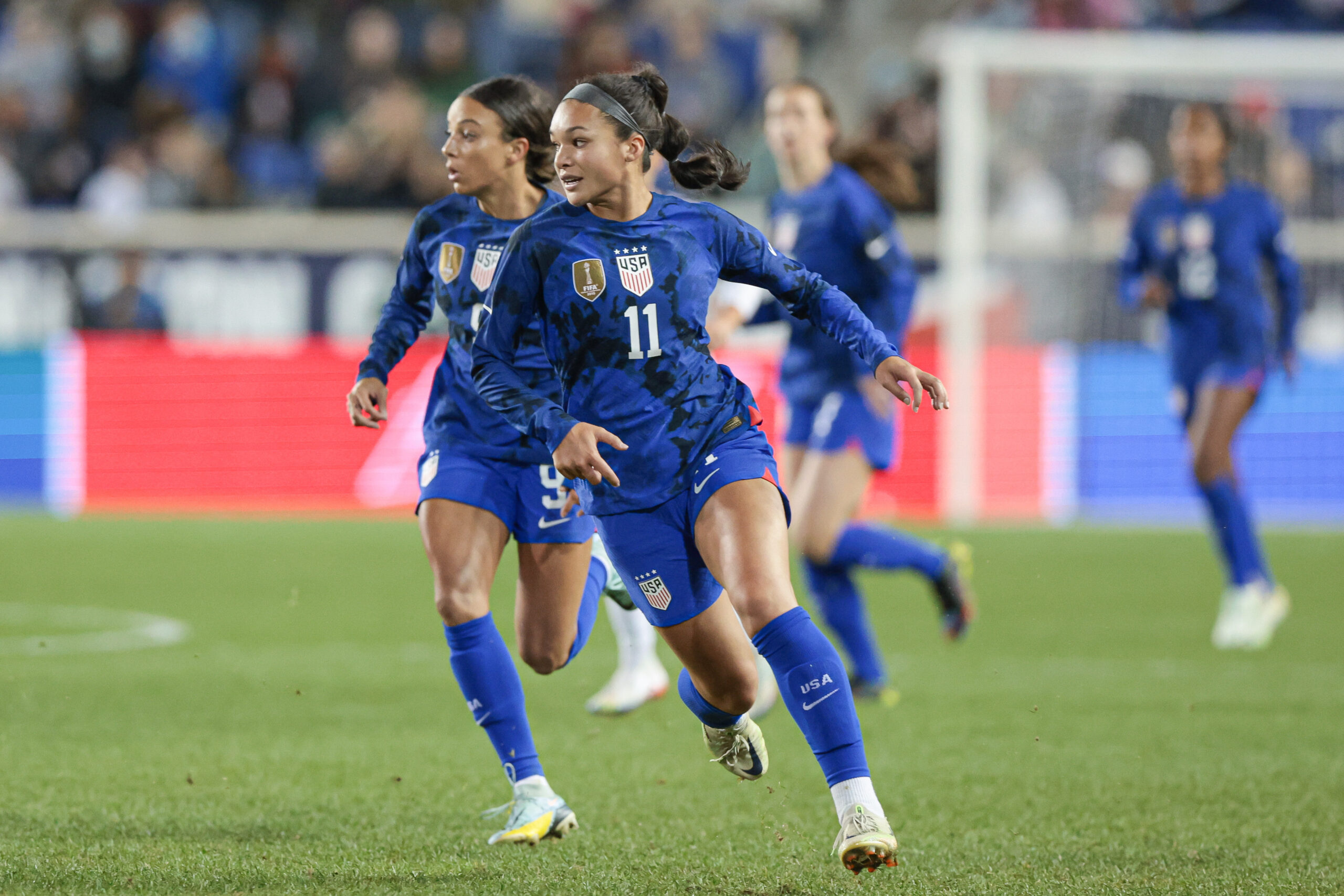 The U.S. women’s national team is on the right side of history. After losing their third-straight game for the first time since 1993, the U.S. wanted to avoid a fourth-straight loss — something that has never been done before by any U.S. squad. The U.S. topped Germany, 2-1, to turn around their form and end 2022 on a much-needed high note.

The U.S. lost to England (2-1), Spain (2-0) and Germany (2-1) in the last three matches. Germany and the United States met up in Fort Lauderdale, Florida, on Nov. 10, for the first of two friendlies. On Sunday night, they faced off again at Red Bull Arena in Harrison, New Jersey.

Sophia Smith and Mallory Pugh helped to keep that losing streak at bay. Smith and Pugh scored within two minutes of each other in the second half to stun Germany and earn a victory. Smith muscled her way through four German defenders to fire in the box past Almuth Schult, who entered at the halftime break for Ann-Katrin Berger.

Pugh followed it up in the 54th minute with a breakaway run and shot low past Schult.

According to U.S. Soccer, Pugh’s goal put herself in good company in the U.S. history books. She is only the sixth player in national team history to have 25-plus goals and assists before turning 25 years old. Pugh, who is 24, has 25 goals and 27 assists to her name. She joins U.S. Soccer president and former player Cindy Parlow Cone, Mia Hamm, Kristine Lilly, Tiffany Milbrett and current teammate Alex Morgan on the list.

The U.S. did not make a substitution until the 83rd minute, bringing on Taylor Kornieck for Morgan and Kristie Mewis for Andi Sullivan.