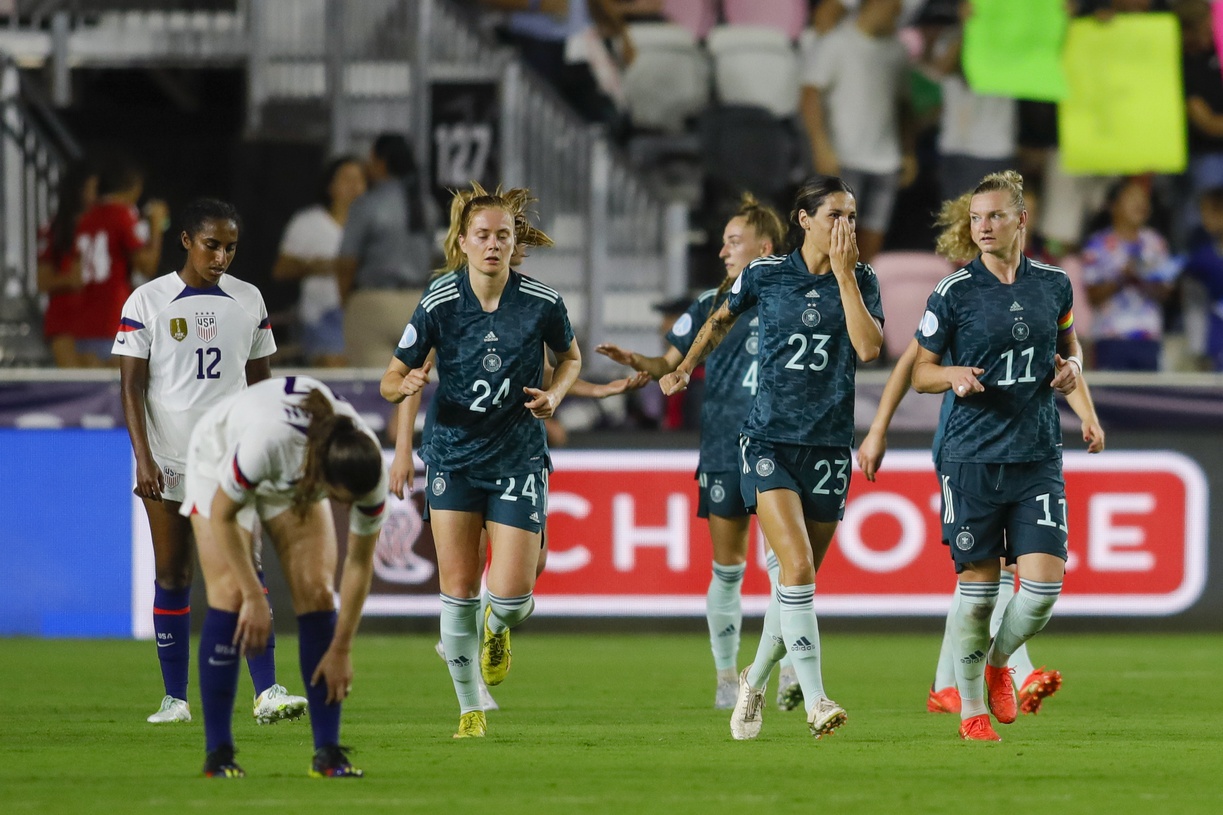 The United States women lost to Germany, 2-1 on Thursday in Fort Lauderdale, Florida, leading the U.S. to a three-game losing streak for the first time since 1993 and a first loss at home in over five years.

Germany undoubtedly started the game on the front foot but it quickly became very open with end to end action. As the half wore on the U.S. pushed themselves on top and created a lot of good chances, got in the right spaces, but did not get their shots on goal or make the necessary choices in the final third.

Coming into the second half it was scoreless but the U.S. maintained some of their momentum from the first half, continuing to get into the attacking third. Lindsey Horan pinged a bicycle kick shot off the post moments before Germany took the lead, breaking in a counterattack after that shot, leading to the opening goal. Casey Murphy saved the initial shot but the rebound was picked up by Klara Buhl who unleashed a curler to the far post. Unfortunately it was an own goal off Casey Murphy but there isn’t much a goalie can do when a shot hits off the post directly into your back as you are attempting to make the save.

After having arguably the better chances this was disappointing for the U.S. who started making substitutions. Taylor Kornieck, Sam Coffey, Crystal Dunn, Ashley Sanchez, Trinity Rodman and Megan Rapinoe all came in through the last 30 minutes to try and change the game. Rapinoe would finally get the U.S. on the board in the 85th minute, scoring the equalizer off an Alex Morgan assist, after the pressure from Sanchez and Morgan forced the high turnover.

But just four minutes later Germany would get out running again, setting up an easy finish for Paulina Krumbiegel to score the game winning goal. The long ball out of midfield by Lena Oberderf to set Jule Brand running, followed by the control and strength of Brand to make space for the assist, was a thing of beauty.

The two sides with face off again on Sunday November 14 at Red Bull Arena in Harrison, New Jersey.