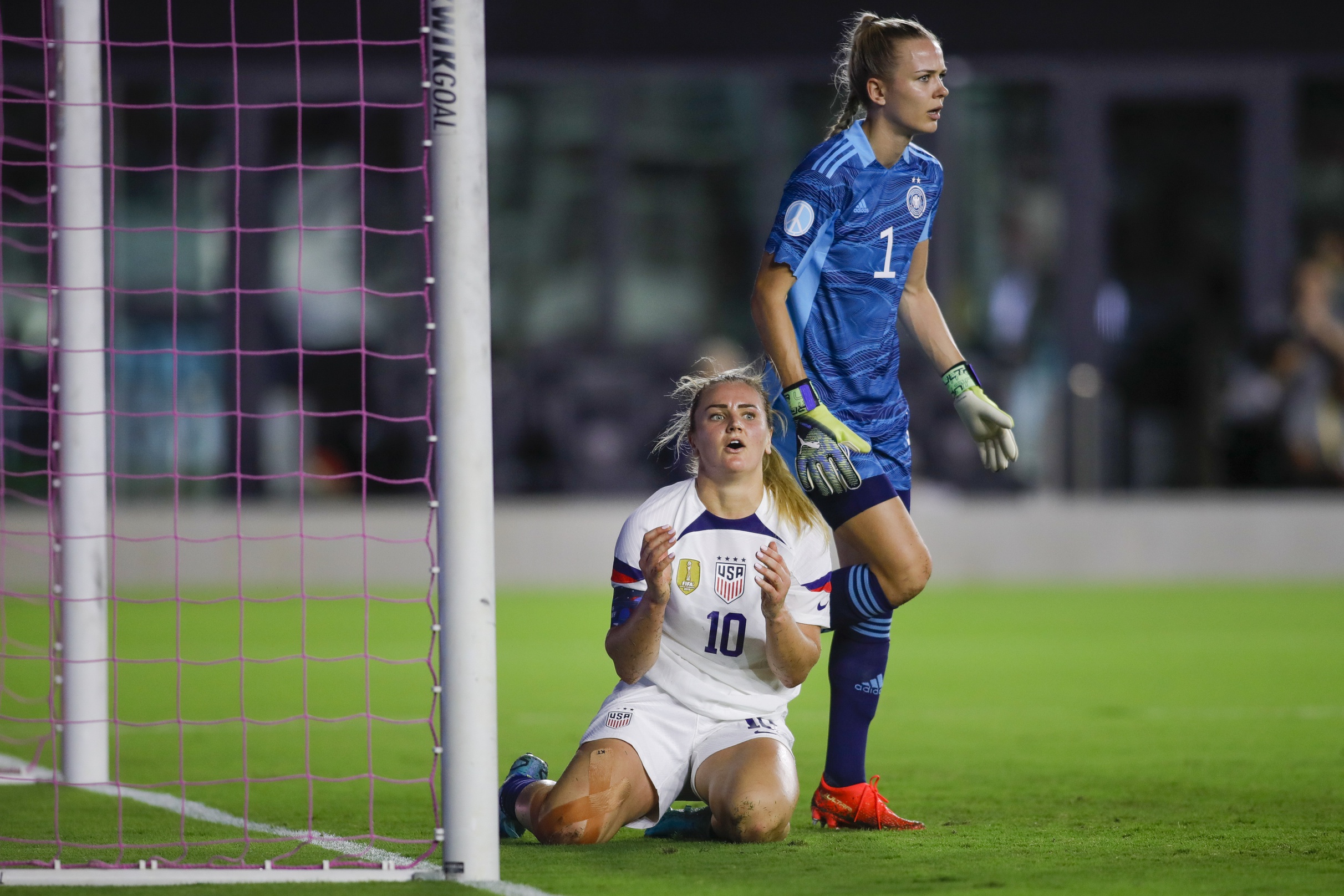 Coming off a disappointing European tour that brought losses to England and Spain, the United States took on No. 3-ranked Germany in Florida on Thursday hoping to find better fortune at home. Unfortunately for the United States, this match would be memorable for all the wrong reasons when Germany prevailed 2-1 thanks to a late goal by Paulina Krumbiegel.

The loss ended the U.S.’ home winning streak dating back to 2017 and marked the first time the Americans have lost three consecutive matches since 1993.

Although Germany finished second in the 2022 EUROs, this is a bruising loss for the United States that raises far more questions than answers. Despite playing well and even dictating the tempo for much of the match, the United States struggled to put together a complete game and seemed to be lacking a clear identity at times.

With the World Cup looming, head coach Vlatko Andonovski and U.S. players clearly have some major work to do if they have a chance at winning a third straight World Cup in 2023.

The clearest issue for the United States women has been a disconnect in their attack. Despite forcing turnovers and constructing solid build-ups, players are not connecting in the final third. They’re also making poor decisions in front of goal and are taking too many touches and allowing their opponents to get set. Or, they’re choosing to pass to a teammate instead of taking a shot on an open goal themselves.

Access the best women’s soccer coverage all year long
Start your FREE, 7-day trial of The Equalizer Extra for industry-leading reporting and insight on the USWNT, NWSL and beyond.
Subscribe
Existing Users Sign In Here
Related TopicsExtraFeaturedGermany