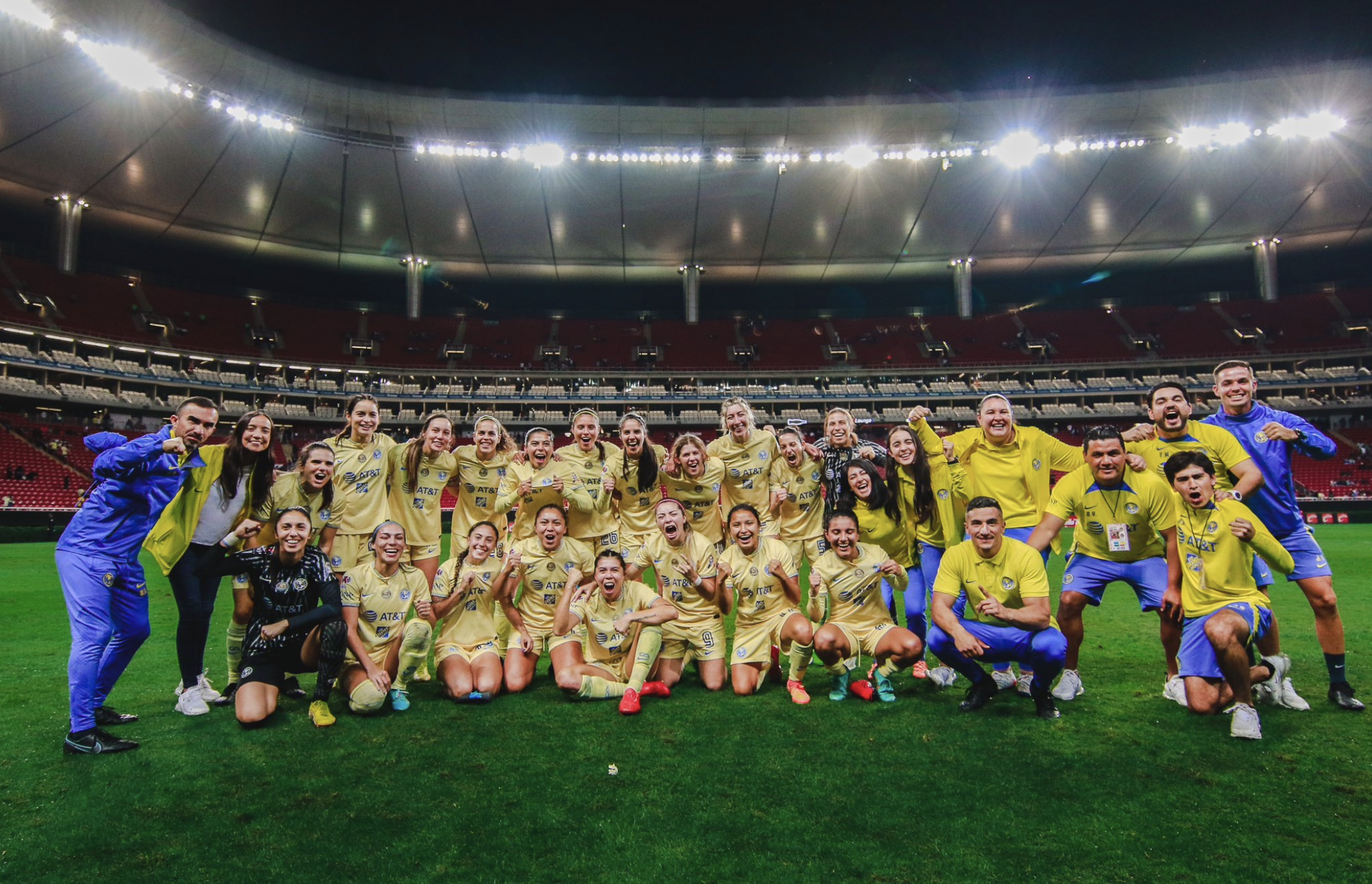 Liga MX Femenil had a major surprise in the Apertura Liguilla semifinals this past weekend. Leg 1 featured an eye-turning win from Club América, while Tigres took a small lead over Monterrey. The teams regrouped for Leg 2 on Monday night, with América and Tigres punching their tickets to the Gran Final.

However, the tickets weren’t punched smoothly for either side. We take you through all the goals, all the chaos and how Tigres and América won their respective matches.

Leg 1 (América 3, Chivas 1): Club América, at home, put up three goals to give themselves a cushion ahead of their Leg 2 match against Chivas, the defending Liga MX Femenil champions. Betzy Cuevas scored the opener in the first half, while Scarlet Camberos and Nicolette Hernandez added second-half tallies to help add to the cushion. However, Itzel Gonzalez and the América defense didn’t preserve the clean sheet, with Diana Rodriguez scoring in the 90’+2′ minute in stoppage time. Still, it was a healthy cushion for América against the defending champions, as they went into their Leg 2 match on the road.

Leg 2 (Chivas 3, América 3): Six goals were scored in Leg 2 as the semifinal went back and forth through 90+ minutes. América seemed to be running away with their lead and dominated the first 65 minutes. Andrea Pereira scored on a penalty in the 5th minute. Alison González, the 20-year-old prodigy, added another in the 63rd minute, giving América a lead of 5-1 on aggregate.

Slowly, though, Chivas started creeping closer and closer to an equalizer. Adriana Iturbide scored off a free kick, going unmarked and heading past Itzel Gonzalez. Gaby Valenzuela added a goal in the 82nd minute after heading a lofted ball from Alicia Cervantes up and over Gonzalez. After the goal, Valenzuela went to pick up the ball and hurry to the middle for a restart, but Scarlet Camberos of América wouldn’t have it, scooping up the ball and holding it away from Valenzuela. A couple minutes later, Cervantes pulled Chivas within one on aggregate with a converted penalty down the middle. All the momentum was swinging in Chivas’ direction. If the match finished with a tied score on aggregate, Chivas would advance due to a higher position on the regular-season table.

However, Kiana Palacios, who was in the running for the Golden Boot all season, scored in the 90’+2′ minute to give América a two-goal cushion. Palacios received the ball at the top of the box and made a move on Michelle González, sending her to the ground and firing the shot. Chivas goalkeeper Blanca Félix got her fingertips on the ball, but couldn’t push it out. América rounded out the eight minutes of stoppage time and booked their ticket to their second-ever Liga MX Femenil Gran Final (Apertura 2018.)

Leg 1 (Tigres 2, Monterrey 1): Tigres’ road to their record eighth Gran Final began with a victory through a two-goal performance from Stephany Mayor. However, that wasn’t the only time fans saw Mayor’s name on the statistics sheet. Mayor also received a red card in the 63rd minute to eliminate her from the rest of the match and also serve a suspension in Leg 2. Mayor, after a quick VAR check, was given a straight red after putting her studs on Monterrey defender Mariana Cadena.

Before the foul, Mayor knocked home goals in the 4th and 43rd minutes, while Monterrey added a tally to pull themselves within one in the 69th minute, courtesy of captain Rebeca Bernal. Monterrey had a one-goal differential. If the match remained tied, on aggregate, in Leg 2, Rayadas would advance due to their higher position on the table.

Leg 2 (Monterrey 2, Tigres 2): The match might have ended in a tie, but Tigres won by one goal on aggregate to make it to their eighth Gran Final. Mia Fishel, the Apertura Golden Boot winner, slammed home a header in the 38th minute on a corner kick, to help Tigres win. Tigres also had a goal from Lizbeth Ovaelle, who jumped on a Fishel rebound, in the 79th minute to seal the deal.

Monterrey didn’t go down without a fight, though. Captain Bernal found the back of the net again after a penalty was awarded to the visitors. María Paula Salas, the 20-year-old Costa Rican international, scored the equalizer in Leg 2 off a tap-in after Tigres goalkeeper Aurora Santiago came off her line to attempt deflecting the cross. However, Monterrey couldn’t muster enough for an aggregate equalizer, leading Tigres to victory.

Looking back in the record book in Liga MX Femenil history, these two teams have been on this stage before. In Apertura 2018 — the last time Club América was in a Liga MX Femenil final — América won their first and only title on two tied legs and then a 3-1 penalty shootout. Rosters have significantly changed for both sides, hence Tigres winning their four championships post-2018.

Two players from the sides were in the top three for Golden Boot contention. Fishel won the honor with 17 goals in the Apertura regular-season. Palacios finished in third place with 13 goals. Meanwhile, Stephany Mayor and Alison Gonzalez found themselves rounding out the Top 10, tying for ninth place with nine goals.

This is a slew of games that could very well end in a penalty shootout like it did in 2018. Looking back on more recent history, the two sides met in the regular season, with América hosting the match. Tigres took the 1-0 victory off a Fishel goal. There is hope for América, who held a usually high-scoring Tigres to just one goal.