How Germany, a re-established superpower, will fare against the U.S. 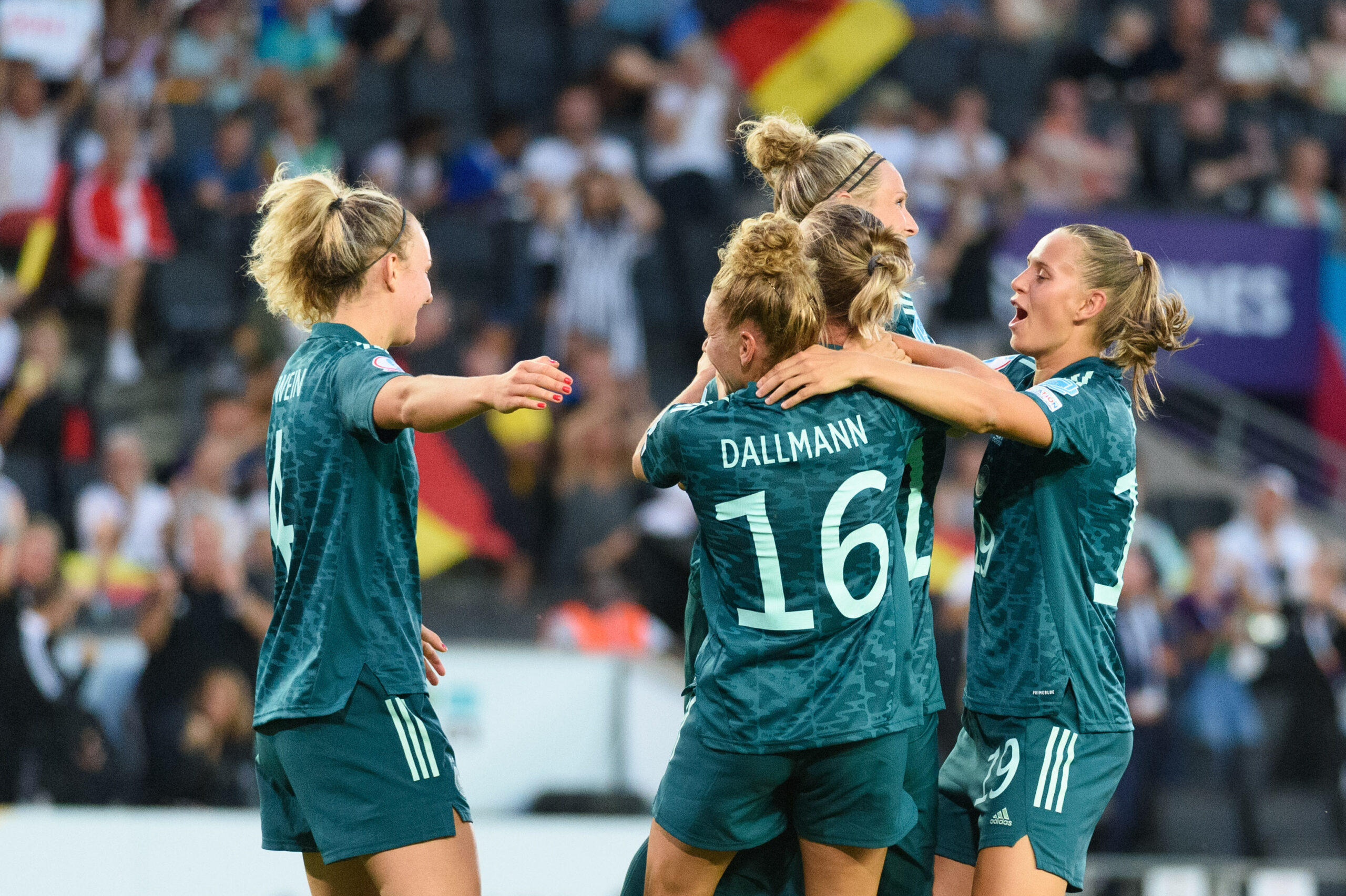 After defeats away to England and Spain in October, the U.S. women’s national team continues its preparation for the 2023 World Cup with two friendlies against Germany on 11th and 13th November. We break down what the USWNT can expect, analyzing the opposition’s tactics, their strengths and weaknesses, and player profiles.

Head coach Martina Voss-Tecklenburg has gradually overhauled the German national team. After a disappointing quarterfinal exit at the 2019 FIFA World Cup, she introduced new talent and built a much steadier, stronger force for the EUROs in England. Germany won their EURO group without conceding a goal, beating Spain, Denmark and Finland. They then knocked out Austria and France to reach the final, where they lost a hard-fought contest to the hosts in extra time.

Although their tournament ended without a trophy, those performances helped to re-establish Germany’s reputation as a superpower of the women’s game, and they will go into next year’s World Cup as one of the favorites. They completed their qualification process with comfortable wins over Turkey and Bulgaria, before beating France 2-1 in an October friendly, both goals coming from a resurgent Alexandra Popp.

Germany’s usual starting formation is a 4-3-3, with real physical presence in midfield. Lena Oberdorf is a guaranteed starter at the base, covering the entire width of the field to shut down threats with tackles, pressure and — if necessary — fouls. In the absence of Sara Däbritz, she may well be partnered by Wolfsburg teammate Lena Lattwein, another powerful all-rounder who operates effectively from box to box.

Access the best women’s soccer coverage all year long
Start your FREE, 7-day trial of The Equalizer Extra for industry-leading reporting and insight on the USWNT, NWSL and beyond.
Subscribe
Existing Users Sign In Here
Related TopicsExtraFeaturedGermanyMartina Voss-Tecklenburg

Anatomy of an NWSL Championship-winning goal
NWSL tactical and technical trends: What changed in 2022?