Anatomy of an NWSL Championship-winning goal 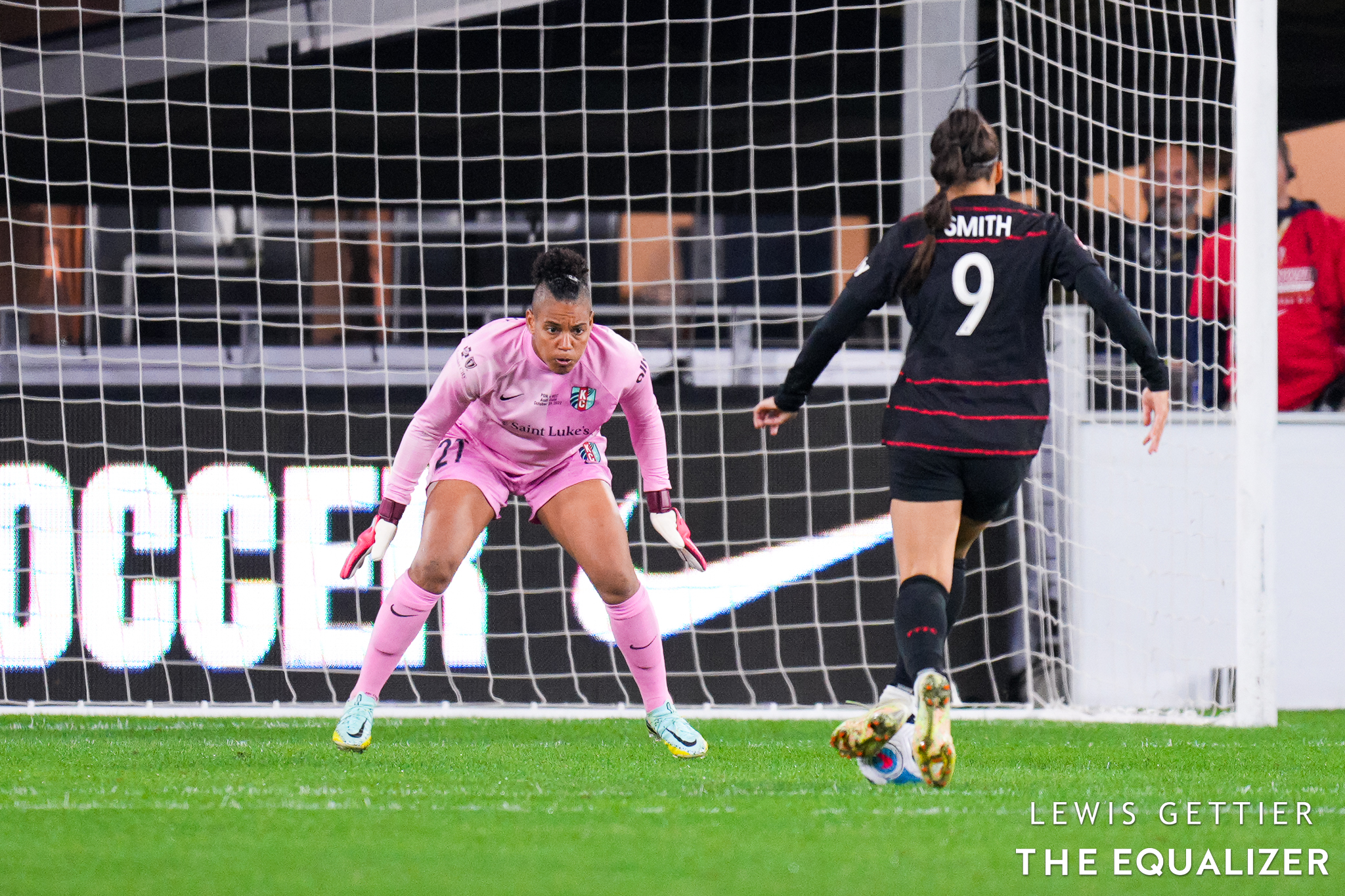 The opening minutes of a final are often conservative chess matches while teams feel each other out and work out some of the inevitable nerves. In last weekend’s National Women’s Soccer League Championship, the Kansas City Current were unable to survive those tense first few minutes, and found themselves chasing the game before the clock hit five minutes.

Here’s a quick look at how the air went out of the balloon early on a much-hyped evening for the NWSL at Audi Field.

The Current were pushing forward down the right side early in the match, Kate Del Fava on the ball. Del Fava’s pass forward, seen below, was in the vicinity of two teammates. Del Fava is on the bottom of the screen near the center line. Facing the ball, teal socks visible, is Kristen Hamilton. The other player is Lo’eau LaBonta.

Adrianna Franch is back with the USWNT, and she’s better than ever
Seb Hines wants to stay in Orlando. Will the Pride make it happen?