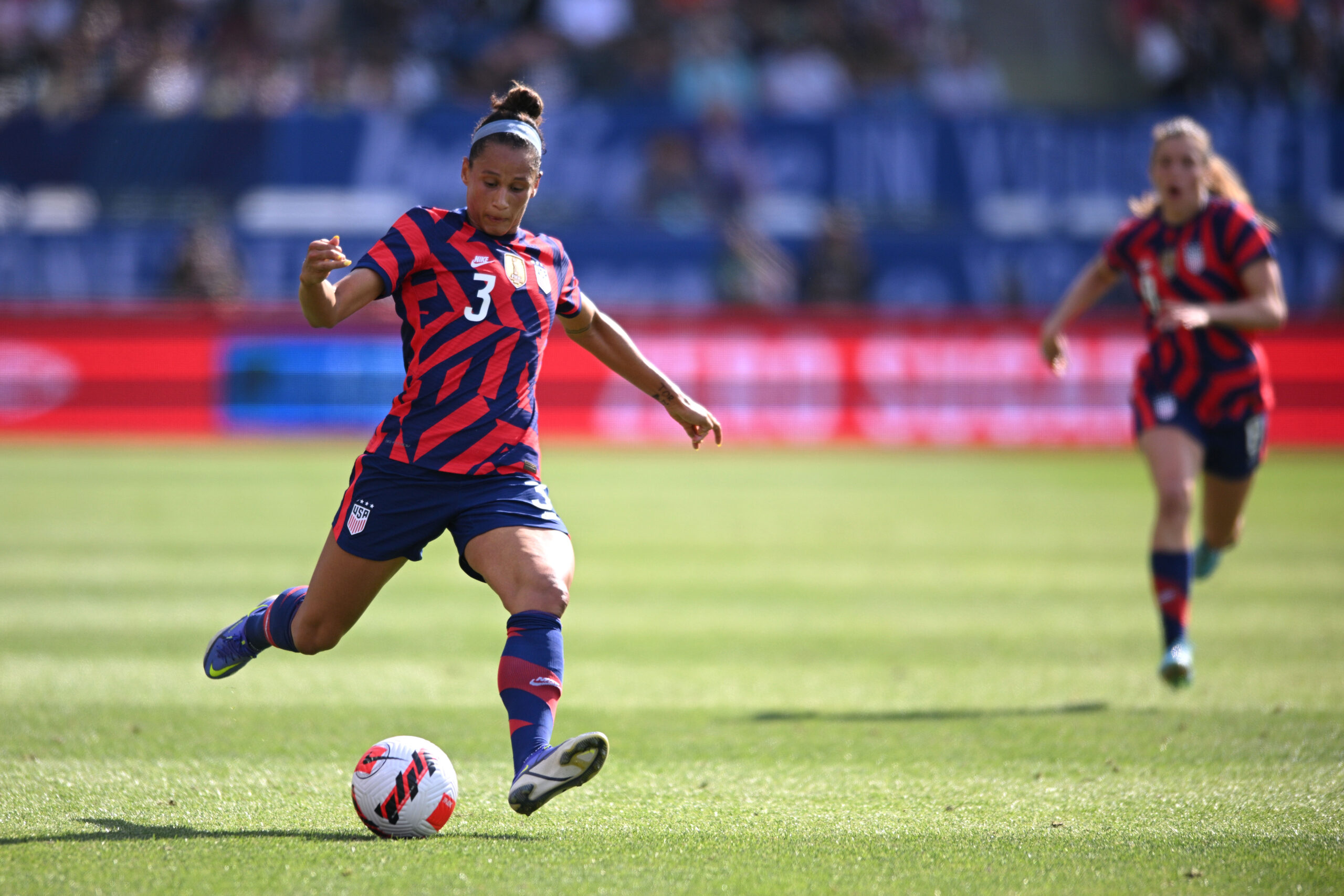 Vlatko Andonovski has a long list of injuries plaguing the U.S. women’s national team. The head coach announced his 24-player roster for upcoming friendlies against Germany on Nov. 10 and Nov. 13 and then offered updates on several players.

“Everybody is looking promising,” he said. “Until we see them back on the field, obviously we cannot say anything for sure.”

Andonovski gave updates on injured players and their recovery time tables. He also spoke about players like Julie Ertz and Casey Krueger who recently gave birth.

Lynn Williams is the closest to returning to action among the injured players. Williams did some light training with her club, the Kansas City Current, in recent weeks. She was not on the team’s roster in the NWSL Championship, where the Current fell 2-0 to the Portland Thorns, but was with the team for the trip.

Andonovski said that Williams could be back in January, when the U.S. women will play in New Zealand for the first time in a pair of games against the 2023 World Cup co-hosts.

“Lynn Williams is training full. She just had a little set back, but we expect her to be back and available for selection in January.”

Meanwhile, Andonovski said that Mewis will “take some time” with her lingering knee injury. Mewis was also on hand in Washington, D.C., for the NWSL Championship.

“Sam is going to take a little bit longer,” he said. “Right now, we’re just giving her a little bit of time to see how she’s going to approach her PT.”

Another player looking to come back early next year is Catarina Macario. The 23-year-old tore her ACL ahead of the Concacaf W Championship, but has been rehabbing at the FIFA Rehab Center in Qatar. Andonovski said that she’s still in Qatar and has been recovering well.

“Last week, she started doing jumping for the first time, and did some running, which is a great step forward for her,” Andonovski said. “She’s doing really good. As of right now, it’s hard to predict when she’s going to be back. Obviously, we have some idea, and if she doesn’t have any setbacks, we could see her back on the field in late February. We never know how rehab is going to go.”

On the defensive side of the ball, the injuries are long.

Abby Dahlkemper recently was listed with a back injury by her club, San Diego Wave FC. Dahlkemper had a frustrating 2022 season, only playing eight matches. Andonovski said she will have surgery in the coming days.

“She’s going to have a surgery and she’s going through some tough times, unfortunatly, with three consecutive injuries, back-to-back,” Andonovski said. “We’re just hoping everything goes well once she has the surgery we’re going to know more precise what the return for her is going to be.”

Emily Sonnett and Kelley O’Hara, both members of the defense and the Washington Spirit, are also recovering from their respective injuries.

“Sonnett is recovering well. She just started low-ball work and we expect her to be available for selection in January,” Andonovski said. “Same thing is with Kelley, who actually is recovering well and doing some PT, and will also be expected to be back in January.”

“Tierna is looking really good,” Andonovski said. “She’s actually started training a little bit. We expect her to be in full training in the middle of November. She will be available for the January roster… [Casey] actually did some training with Chicago before they got eliminated [in the NWSL Playoffs]. She’s in training with a group of players with Chicago, even after this season. Looking forward to seeing her in camp, as well.”

New mother Crystal Dunn, who scored the game-winning goal in Portland’s semifinal against the Wave and appeared in the 73rd minute in the NWSL Championship, is expected to see more minutes on the pitch, but is still slowly being integrated back.

“Crystal is still in minutes management,” Andonovski said. “We do expect to see her in a few more minutes than the last game. We’ll know more when we get the data from last week with her club team.”

Andonovski also gave an update to Julie Ertz, who only played one match with the U.S. in 2021 and recently gave birth to her son in August. The U.S. coach said that Ertz — who was traded to Angel City FC in the 2021-22 offseason, is “enjoying motherhood.”

“Obviously, I’ve been in touch with Julie this whole time,” Andonovski said. “We’re happy for her and her family. She’s enjoying motherhood and is very happy, and she’s doing a great job at it. We want to give Julie time to get back slowly. This is not something that we will even discuss. This is time for Julie to have the time as a family. When the time comes, if she’s prepared and if she’s anywhere near her best, this team will welcome her back.”

Meanwhile, Christen Press and Tobin Heath are recovering from their injuries. Press tore her ACL this season with Angel City, while Heath joined OL Reign in the summer transfer window and had knee surgery in September.

Christen and Tobin are recovering, and Christen had just a slight setback, but she’ll be probably a little bit behind Cat,” Andonovski said.

Andonovski said that corrections from the losses to England and Spain will come with training, but also with the return of players from injuries.

“This team may look slightly different, or somewhat different, three, four or five months from now,” Andonovski explained. “Just from the last game, Alex [Morgan] and Mal [Pugh] are back, Emily Fox is back, who got injured early in the game. Sofia Huerta is now 90 minutes cleared. She had restrictions in the previous games. Crystal is going to have extra minutes. Cat Macario may come back and, very likely, slot in one of the starting positions, if she is anywhere near her best. There is possibility of other players to be back. We can’t forget Julie Ertz, Tierna Davidson or Kelley O’Hara. They have abilities to be starters on this team. No matter what, we have to get better, but there are some things that may change by changing the personnel.”

Adrianna Franch is back with the USWNT, and she’s better than ever
USWNT loses third straight game for first time since 1993, falling to Germany, 2-1