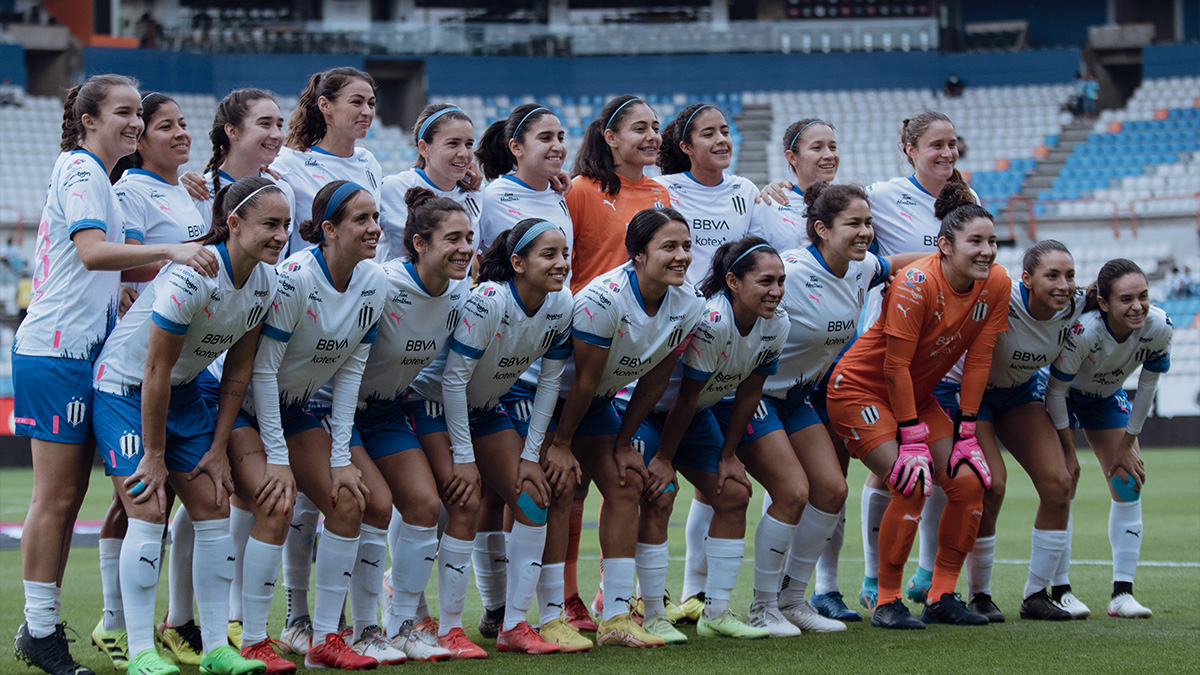 The Liguilla is underway in Liga MX Femenil! The Apertura playoffs kicked off this past weekend. Matches are played in two-legged contests, with each side hosting a match.

Tigres showed off their dominance, while Club América kept Tijuana from finding their net. Meanwhile, Pachuca gave Monterrey an early scare, while Chivas de Guadalajara took down Cruz Azul. We recap all the action from the Liguilla’s first round.

Leg 1 (Chivas 1, Cruz Azul 0): Cruz Auzl gave the No. 1 seed Chivas a fight through the very end. In the first meeting, Chivas got the go-ahead goal. Cruz Azul gave up a penalty, and Alicia Cervantes — ever the lethal scorer — stepped up to the spot and drilled it past Silvia Machuca. It was the lone goal of the match. Cruz Azul, despite losing, went into leg two with some confidence for holding Chivas to just one.

Leg 2 (Chivas 1, Cruz Azul 1): It’s not often that Chivas gives up a goal at home, but they did in the waning minutes of their home match. Caro Jaramillo got the home side on the board first, with a second-chance shot. Originally, her first shot was saved and scooped up by Cervantes, who elected to pass it back to an open Jaramillo in the box and let her fire again. Cruz Azul tied the match with a strong hit from about 20-yards out by Ana Becerra. However, it wasn’t enough to push the Mexican giants out of the playoffs.

Leg 1 (América 1, Tijuana 0): Kiana Palacios, who finished third in the Golden Boot race with 13 goals for Club América this season, scored the lone goal in the 16th minute, on the road, to get an advantage over Club Tijuana. Tijuana had two players finish in the top five in the Golden Boot race — Renae Cuéllar and Angelina Hix ended the season with 11 goals each — but couldn’t muster up an equalizer.

Leg 2 (América 2, Tijuana 0): The second leg saw some fight back from Tijauna, but they couldn’t get past the América defense and goalkeeper Itzel González, who formerly played for Xolos. Scarlet Camberos scored just three minutes in, picking up an unlucky touch from Tijuana defender Joselyn De La Rosa that fell right into her lap and firing it. In the second half, Alison González appeared to score a breathing-room goal in the 54th minute. However, the goal, according to Liga MX Femenil, was credited as an own goal against Daniela Espinosa.

Leg 1 (Monterrey 1, Pachuca 2): Fans were treated to an upset to start out this quarterfinal matchup. In fact, things were already intense before the first ball was kicked. These two sides faced off in the Clausura championship, with Monterrey earning the win over Tuzos. However, Rayadas went on the road and couldn’t earn a win or a draw. Pachuca took the lead in this series with a 2-1 win at home. Diana Evangelista scored the opening goal in the 67th minute off a strike from the far end of the penalty area. However, Monica Alvarado equalized on a free kick, after Monterrey couldn’t clear the ball. Jenni Hermoso, who joined Pachuca this season from Barcelona, scored the game-winner on a penalty.

Leg 2 (Monterrey 4, Pachuca 0): Pachuca couldn’t relish in their win over Monterrey for long. The two sides met again on Monday night at Estadio BBVA. Early in the match, a red card was given to Lizette Rodriguez for grabbing Hermoso and pulling her down outside of the box. However, that didn’t stop Monterrey from steamrolling Pachuca. Christina Burkenroad, who finished second in the Golden Boot race with 16 goals, scored in first-half stoppage time. In the second half, the floodgates opened. Rebeca Bernal, the team’s captain, scored in the 55th minute, while Aylín Aviléz added a third in the 58th minute. Yamile Franco put the cherry on top in the 68th minute, converting a penalty past Tuzos goalkeeper Esthefanny Barreras.

Leg 1 (Tigres 4, Toluca 0): Toluca was one of the teams that fought nail and tooth to get in the Liga MX Femenil playoffs. Just to their luck, Toluca was given Tigres in the first round. Tigres put up nine goals throughout the whole series. On the road, Tigres scored four goals in Leg 1. Liliana Mercado took five minutes to find the back of the net, while Lizbeth Ovalle and Golden Boot winner Mia Fishel rounded out first-half scoring. Fishel’s goal was the most staggering, as Toluca left the league’s leading scorer wide open on a corner kick. Stephany Mayor, the veteran, added an insurance goal in the 67th minute. Toluca had a steep hill to climb in Leg 2 — and it was a match on the road.

Leg 2 (Tigres 5, Toluca 0): In the second leg, all the players above found the back of the net again, and so did Belén Cruz. Fishel and Merdcado scored in the first half, while Cruz opened up the second half with a hot start off a strike in the box, surrounded by four defenders. Mayor and Ovalle rounded out the scoring, while Tigres goalkeeper Aurora Santiago kept a second clean sheet.

*All times in Eastern Time Zone.