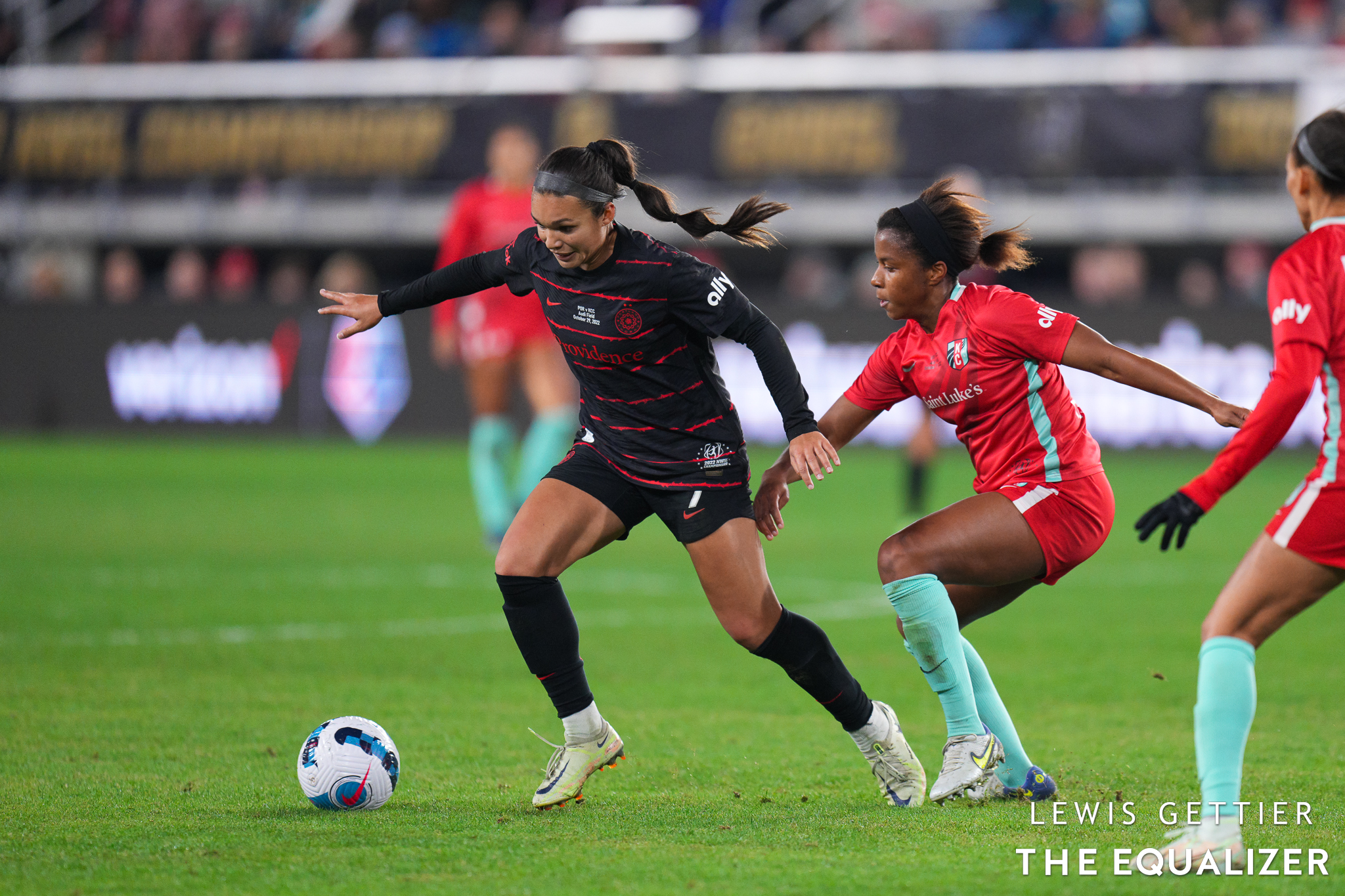 Intense counter-pressing was one of the key tactical themes underpinning the Kansas City Current’s run to the NWSL Championship. Their penultimate regular season game against Washington Spirit was a good example — they swarmed their opponents in transition and completely overwhelmed them. Washington were broken by half-time, the score-line was 3-0 and it could have been more. However, against the Portland Thorns, Kansas City’s irresistible force ran into an immovable object.

It didn’t help that the Current took a while to get going. They went one-nil down inside four minutes, with an Elizabeth Ball error letting Sophia Smith in to round Adrianna Franch — as she has rounded several other goalkeepers this season — to score into an empty net. The state of the game changed there and then, and with significant consequences. Kansas City had won just one of 11 games where they conceded first. Portland had not lost a single game after opening the scoring, and they wouldn’t here either.

Essentially, Matt Potter has built the Current into a high-tempo team, one that counter-attacks consistently and effectively. But going behind so early meant that his players were the ones chasing the game, and that dynamic doesn’t quite suit counter-attacking sides. Nonetheless, there was a lot of the game left to play, and there were other reasons that Portland came out on top. Their dominance in attacking transition was the big one.