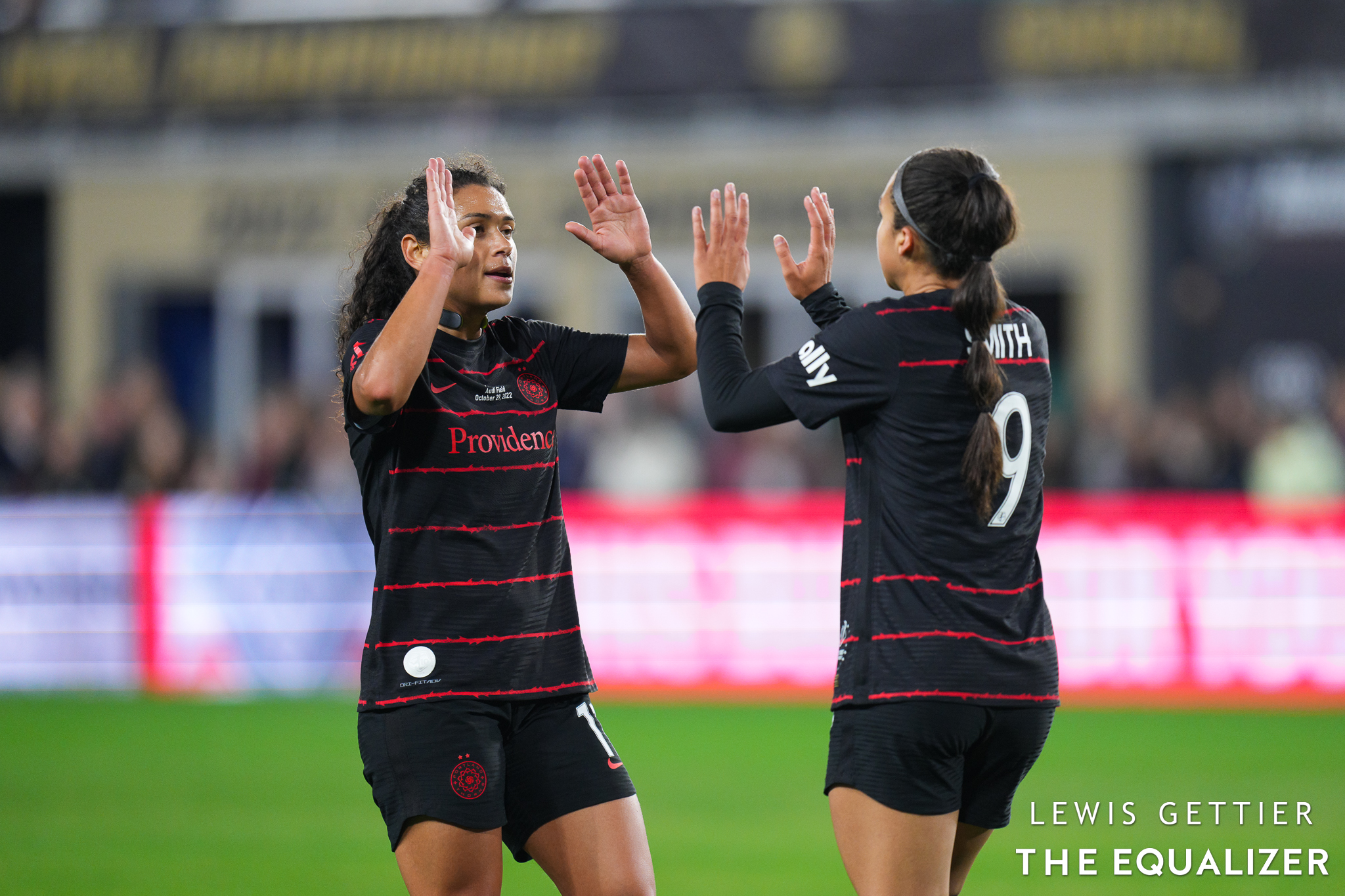 Among those praised by Portland Thorns coach Rhian Wilkinson late Saturday night was the team’s training staff. The first-year National Women’s Soccer League coach traveled to Audi Field for the NWSL Championship with 27 players, “all healthy and ready to play.”

Thorns players have talked about Wilkinson adding a bit more flexibility to the team’s tactics compared to her successful predecessor, Mark Parsons. But with that flexibility came tough decisions, something Wilkinson found herself staring down ahead of the season’s decisive match against the Kansas City Current.

“I played a really distinct 6, 8 and 10 in the midfield,” Wilkinson described when discussing her lineup choices for the match. “I wanted to play with a front two. It wasn’t a breaking the lines type of game like San Diego.”

The odd woman out turned out to be Hina Sugita, the Japanese midfielder who had started 19 of 21 games for the club during the regular season.

“That was a really hard decision,” Wilkinson said. “Hina’s not a 10 for me, she’s an 8, or a winger. And Rocky (Rodriguez) has been fine the last few games, so she started ahead of her.”