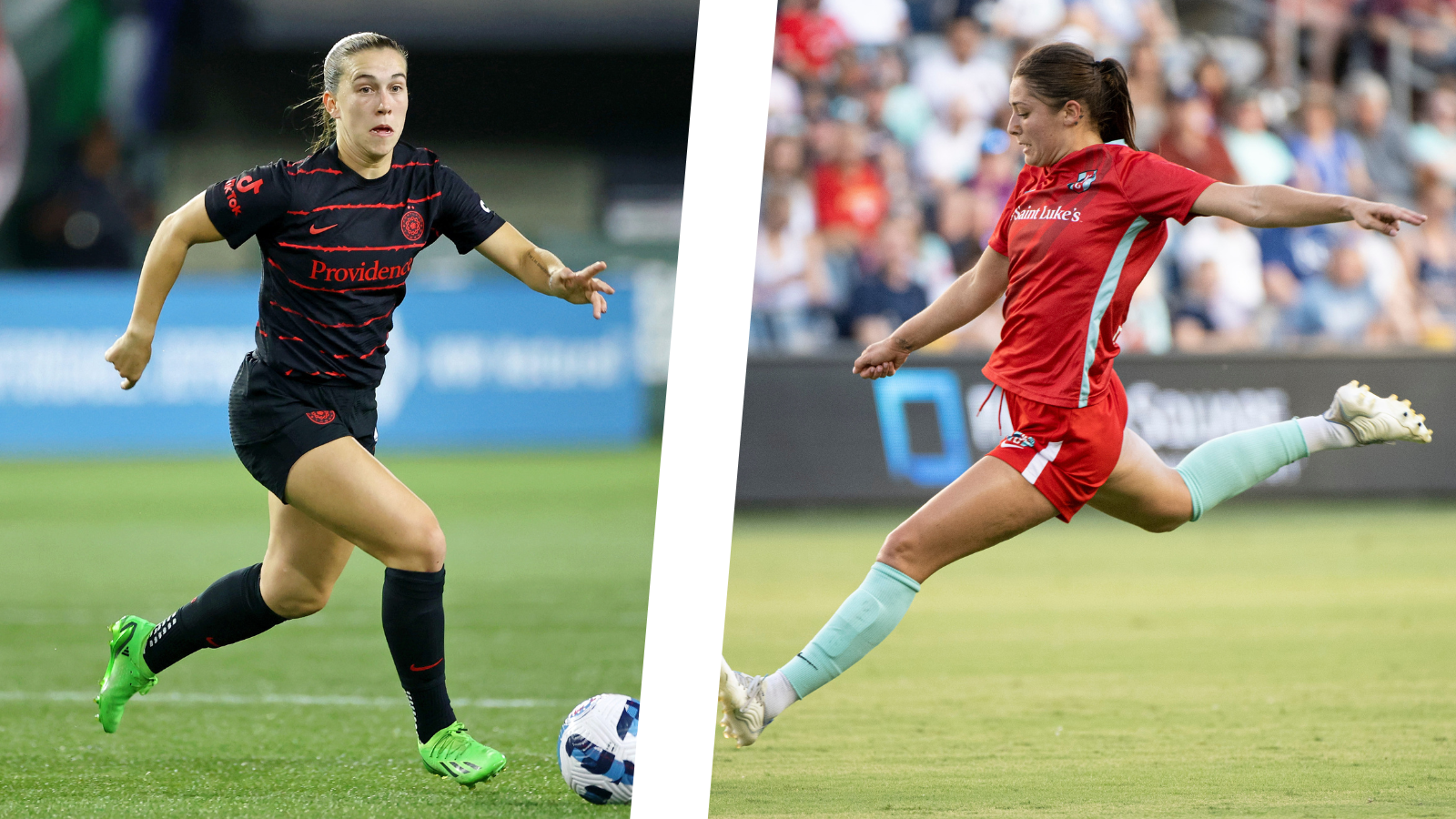 People like to say that age is just a number. But when it comes to the 2022 National Women’s Soccer League rookie class, that old adage has never felt truer.

Fittingly, in Saturday night’s NWSL Championship Final between the Portland Thorns and the Kansas City Current there are two rookies who could play a vital role in determining their respective teams fortunes.

That decisive rookie duel is between Sam Coffey, of the Thorns, and Alex Loera, of the Current. The duo have seamlessly adapted to life in the NWSL. Each accrued over 1,500 minutes in their debut seasons. Both arrived as team rookie and ascended into team regular.

What makes their battle this weekend that bit more enticing? Well, they could line up across from one another in their teams’ midfields.

Catching up with the players in Washington D.C. before Saturday’s final, it was impossible not to ask each of them about the other.

“I think she’s a great player,” Coffey responded to The Equalizer to a question about what she expects from her Kansas City counterpart. “I know she had a great college career. I just think it’s awesome, what a big role she’s been playing with them. Again, another incredible rookie year. I’m excited to compete with her. And it’s going to be a great battle on Saturday.”

The respect is mutual. Although for Loera, while the “battle” might be against Coffey and the Thorns, she insists that her attention remains on herself.

“I’m just gonna try and worry about myself,” Loera countered, when asked about what she expects from the Thorns at Audi Field on Saturday.

“I know her [Coffey] strengths and stuff. She’s obviously having such a great year. I think it’s just important for me to just go out there and kind of focus on myself. She can do what she can do. But as long as I do me better, we’ll be fine.”

Before Kansas City head coach Matt Potter became an NWSL coach in January 2022, he was the head coach of the U.S. women’s U-23 national team for two years. The position allowed him to become very familiar with both Coffey and Loera during their college careers at Penn State and Santa Clara respectively.

“I was tracking them over the years,” Potter remarked. “They both have really good vision, really good posture on the ball. And probably the biggest compliment I can give both Sam [Coffey] and Alex [Loera], they’re both better people than they are soccer players.

“They’re fun to be around. And, and that’s why they have such potential. They not only understand their talent, but they understand what’s important, and how they can grow both as a player and a person to be impactful. Both on the field and off the field.”

Potter believes it is Coffey’s calm that is key to her success in 2022. The former Nittany Lion has excelled at evading the press and switching the play for the Thorns. She can almost always find an open teammate.

“When you surround her with options, she’s going to find those options when you surround her. She’s brave enough to get on the ball, whether she’s under pressure or not. You talk about the matchup [with Loera], and in very many ways it will be interesting to see how it plays out,” said Potter.

For the casual fan, Coffey might be the name more likely to stir a reaction. The Thorns midfielder was nominated for Rookie of the Year, was named in the NWSL’s Best XI and is already carving out a role in Vlatko Andonovski’s USWNT squad.

Potter might be biased. But in his opinion, Loera was an egregious omission from the 2022 NWSL Rookie of the Year shortlist. The Current head coach lays some of the blame at his own door, and suggests that perhaps Loera’s versatility meant she flew under the radar in 2022.

For the first part of the 2022 season, Loera mostly featured as a center back in Potter’s 3-1-4-2 system. But as the season progressed, she got more and more usage as either a defensive midfielder.

“I definitely feel that in the future her best days are in the midfield. But obviously, when we had some of the injuries and the changes that we have, then we moved our structure and framework around. Our job was to get her in a position where she could impact games,” Potter explained.

Loera’s impact couldn’t have been greater in the Current’s semifinal against OL Reign. Not only did she score the match’s opening goal in the third minute, she then saved a certain goal in the second half by clearing the ball off the line.

That goal in the playoffs was just Loera’s second-ever as a pro. The first came 182 days before that semifinal in Seattle, during the 2022 Challenge Cup.

But you wouldn’t know it. Loera is a bold, infectious person to be in the presence of. Confidence has been essential for her to find quick success. Despite holding onto an array of responsibilities for the Current, Loera’s self-belief has never waivered.

“Alex [Loera] has never seen a pass she can’t make. She’s never seen a goalscoring opportunity she didn’t want to take. And she’s more than happy to let anybody that will listen know about that. It’s a lot of fun,” said Potter with a smile.

History could await. If Coffey or Loera gets on the scoresheet on Saturday, they will become the first rookie to ever score in an NWSL Championship final.

Should either of them score the winning goal, then it would be hard to find a more fitting end for a season punctuated by exceptional rookies. Let the battle begin.