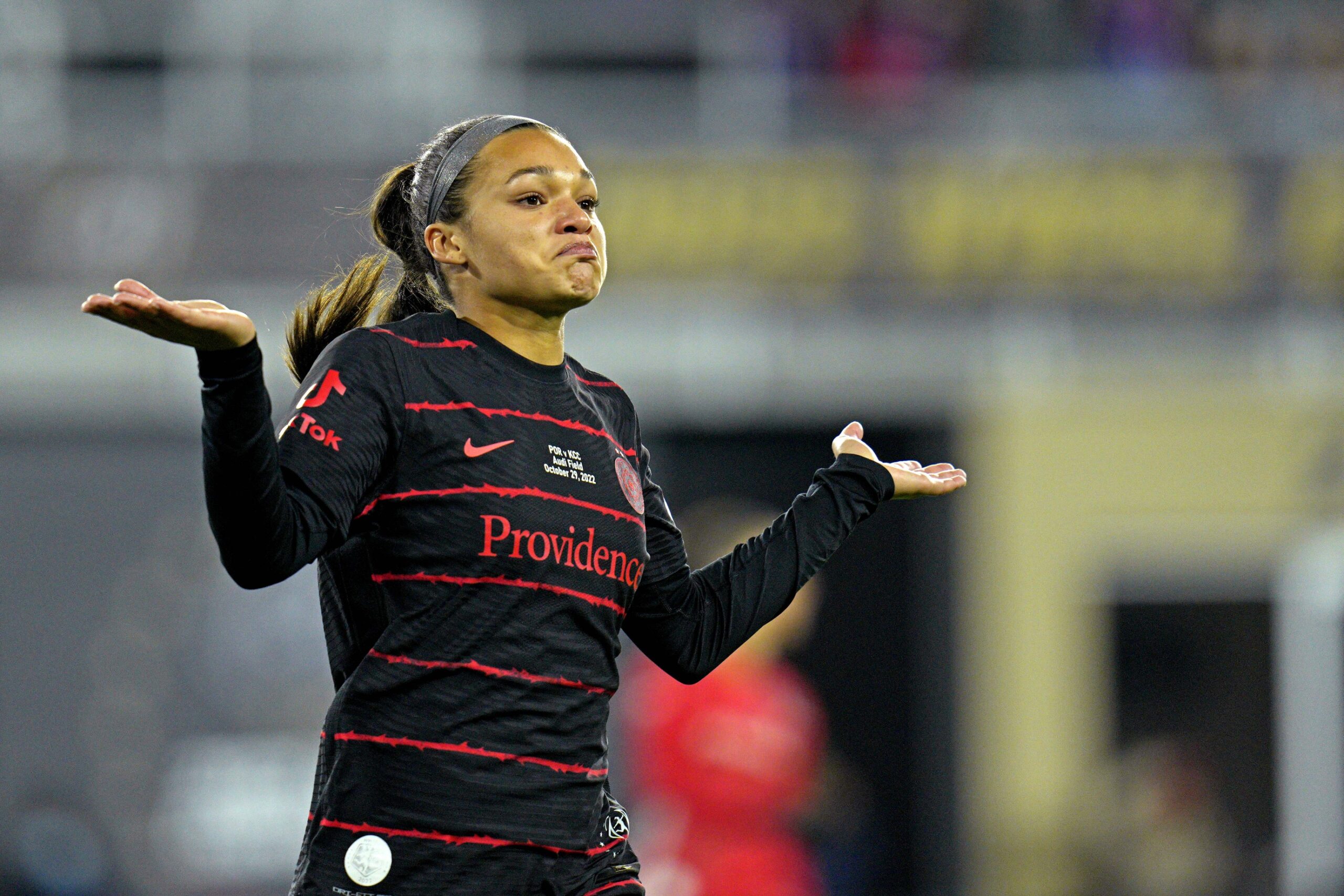 The Portland Thorns are champions of the National Women’s Soccer League for the third time after defeating the Kansas City Current, 2-0 on Saturday at Audi Field in Washington, D.C. The game result was never in doubt.

Sophia Smith, this year’s league MVP, put the Thorns ahead in the 4th minute and Portland never looked back. Kansas City failed to put a single shot on goal.

Here’s how Portland rose to the top yet again:

Lo’eau LaBonta gave the NWSL its most viral celebration of the season with the hamstring-turned-twerk in August, but Smith provided the most iconic, a casual shoulder shrug as if to say, ‘What, you expected anything less?’

Or maybe it was a subtle nod to the conversations happening around her. San Diego Wave forward Alex Morgan and Chicago Red Stars winger Mallory Pugh dominated most of the headlines around the MVP race, and the Thorns expressed over the past few weeks that they felt Smith hadn’t been talked about enough in that conversation, but on Thursday, she won the league MVP award. On Saturday, she scored the championship-winning goal and won the MVP award for the match.

Smith was electric all year and emerged as one of the best players in the league and on the United States national team. On Saturday, she was a major part of a Portland attack that gave hell to the Current.

Wingers Morgan Weaver and Yazmeen Ryan deserve major credit for what the Thorns did. They complemented Smith wonderfully on Saturday, as they have all season, and they nullified Kansas City’s typically influential wingbacks — Hailie Mace and Kate Del Fava — by pinning them back and winning wide areas.

Access the best women’s soccer coverage all year long
Start your FREE, 7-day trial of The Equalizer Extra for industry-leading reporting and insight on the USWNT, NWSL and beyond.
Subscribe
Existing Users Sign In Here
Related Topics2022 NWSL PlayoffsExtraFeaturedSophia Smith