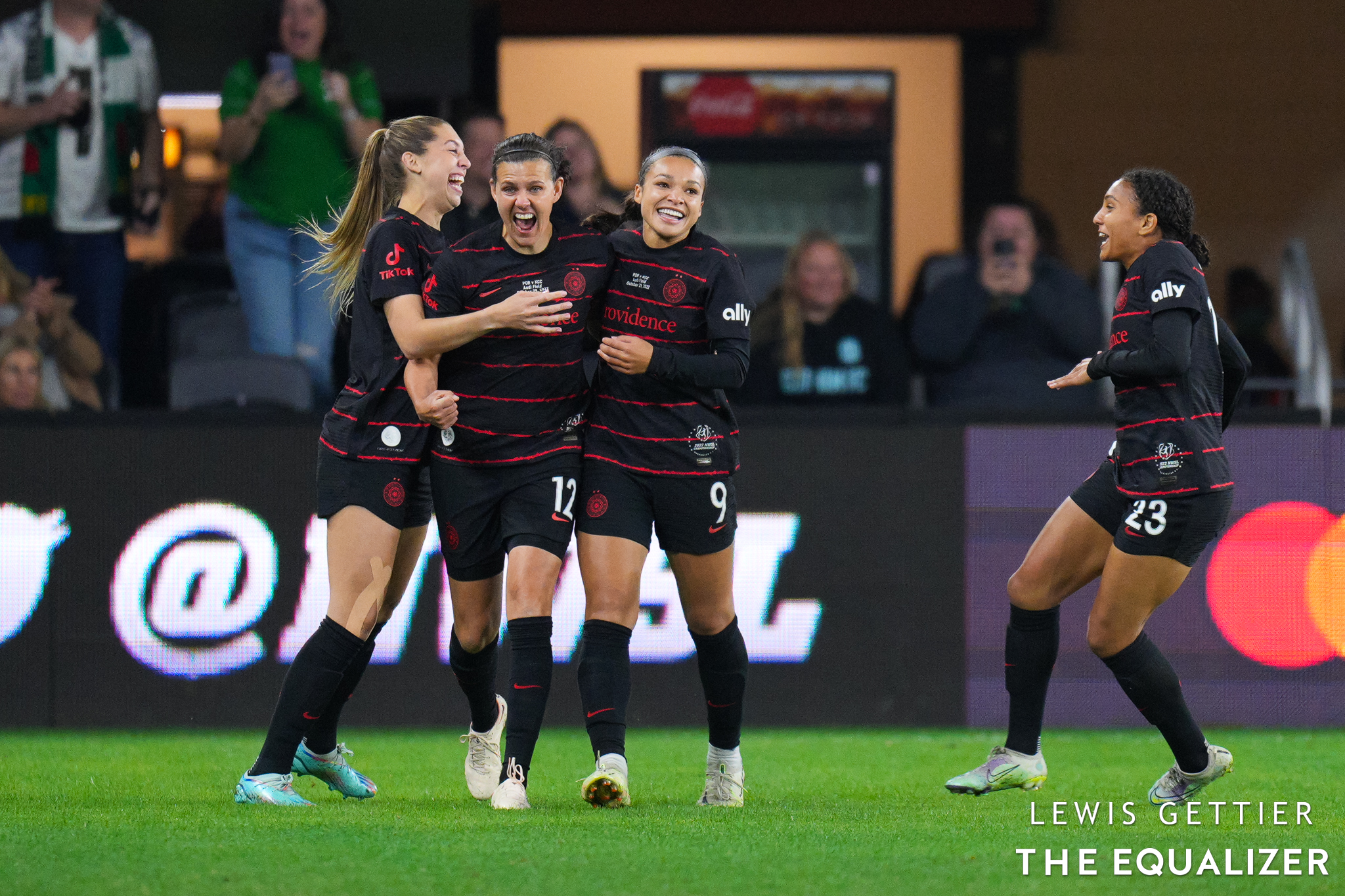 WASHINGTON, D.C. — The Portland Thorns are champions of the National Women’s Soccer League for the third time in history after defeating the Kansas City Current, 2-0 on Saturday in the NWSL Championship at Audi Field.

Portland won the inaugural NWSL Championship in 2013 and then followed with another title in 2017.

On Saturday, Thorns forward Sophia Smith scored four minutes into the match to give the Thorns the lead when she ran in behind Kansas City’s defense, and Current center back Elizabeth Ball misplayed the ball to allow Smith to get in behind on goal. Smith rounded Current goalkeeper Adrianna Franch.

Smith was named 2022 NWSL MVP on Thursday after scoring 14 goals in the regular season, second only to San Diego Wave forward Alex Morgan’s 15.

The Thorns doubled their lead 11 minutes after halftime, courtesy of an Addisyn Merrick own goal. Smith drew the attention of a pair of defenders and Yazmeen Ryan served the ball into a difficult position.

Kansas City struggled in attack all night and failed to produce a single shot on goal in the match.

The Current made the final after finishing in last place in 2021. Kansas City was the No. 5 seed of six playoff teams, winning road games over the Houston Dash and OL Reign to advance to the final.