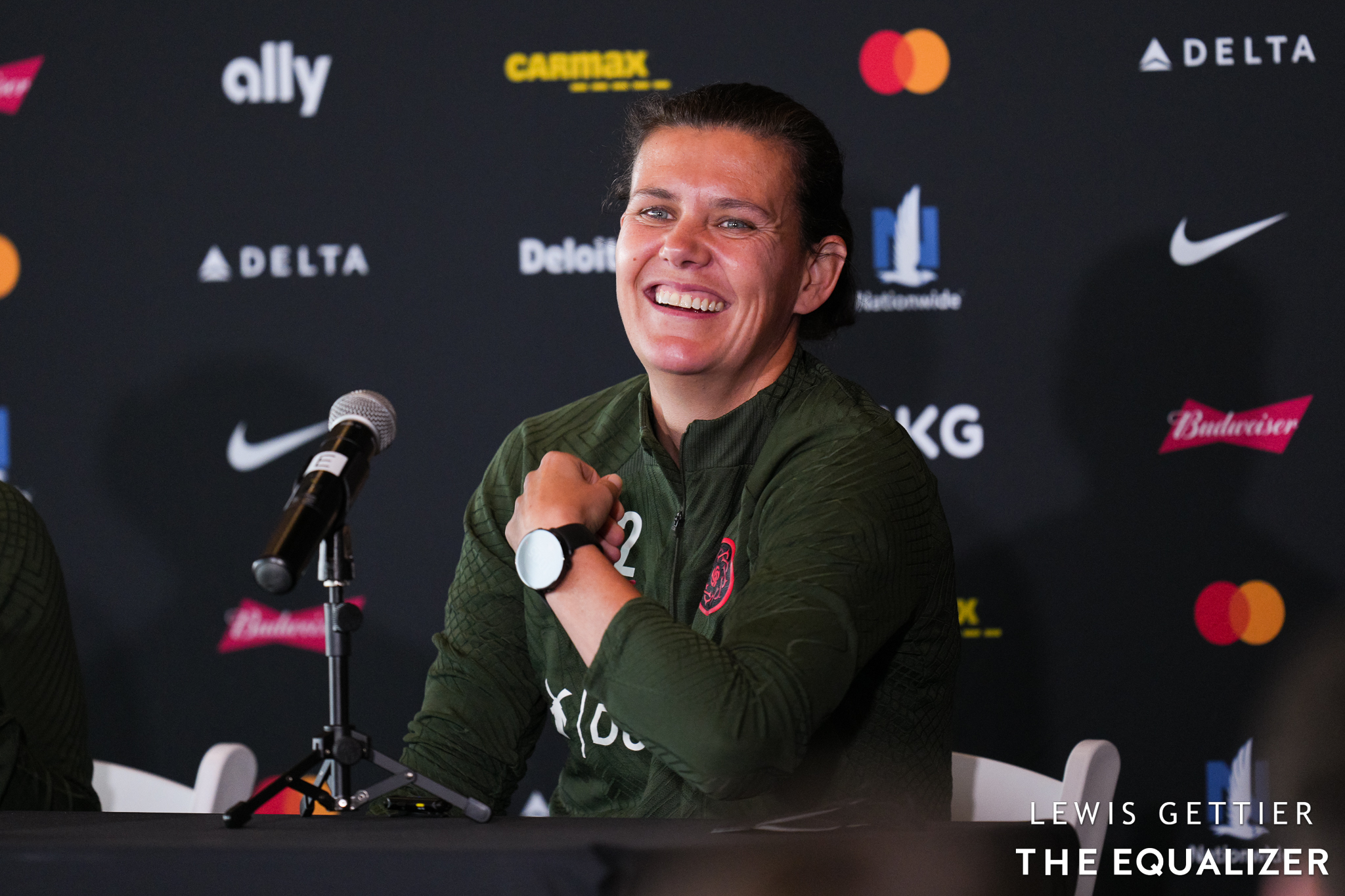 As the National Women’s Soccer League celebrates its 10th season and ninth final, several players who were prominent in the nascent days will be on the pitch Saturday night at Audi Field. Among them are Christine Sinclair and Adrianna Franch who opposed each other in the first NWSL Championship in 2013. Sinclair and the Thorns prevailed 2-0 over Franch, then with the Western New York Flash. Sinclair scored the second goal, against Franch.

“Yeah I can remember that goal,” Franch said without expanding. “I mean she definitely scored. What are you trying to ask about it? We definitely remember it.”

Sinclair’s first answer was: “I remember that we won.” She then expanded a bit on the goal that broke the Flash’s back in the 2nd minute of stoppage time.  “Alex (Morgan) played me in on a breakaway and then I found the far post. But in that game I remember that we got a red card (Kat Willianson) and still managed to win.”

More importantly for Sinclair, the spectacle of the match and the week leading up to it have evolved exponentially since 2013.

“Yeah, it was a little different,” she recalled. She answered the question during Media Day held at the Dockmaster Building at the Wharf in Washington D.C. Her answers were barely audible above the throng of noise as reporters from around the country worked the room and chatted up players.

Asked if she thought things would grow this quickly while she still played, the 39-year-old said. “Yeah, I did. Throughout the course of my career and the league, there has been some huge moments for the sport. This is one of them. This is part of my goal as a female athlete to get the game to this point.”

But asked if she was satisfied, the answer was clear: “Nah!”

Is there an underdog in the NWSL Championship?