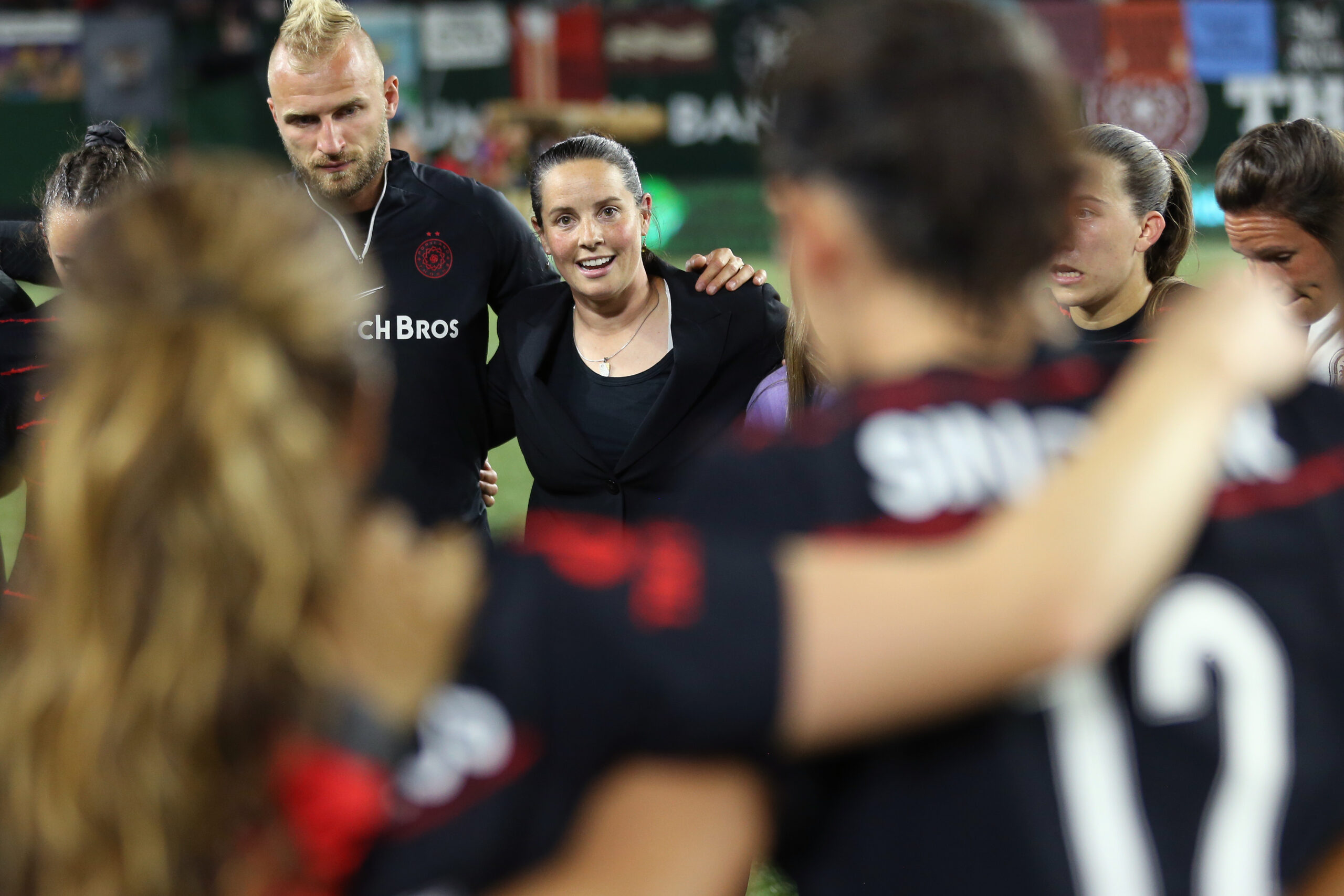 So what’s it like to play for your former teammate? It’s something Christine Sinclair had to ask herself late last year when the Portland Thorns hired Rhian Wilkinson as their new head coach.

Wilkinson played in the National Women’s Soccer League in 2013 and 2015, making her the first full-time head coach who played in the league. One of those seasons’ was with the Thorns in 2015, but that’s not where the story lies.

Wilkinson spent a decade and a half with the Canadian national team, mostly as a right-sided fullback. Across 181 appearances, Wilkinson was there for Olympic bronze medals in 2012 and 2016, at the time the most significant achievements in the history of Canadian soccer. That was eventually pipped in 2021 by an Olympic gold medal. Wilkinson was retired by then, but Sinclair captained that team and remains a big part of it.

“It’s weird having Rhian and Karina as my boss(es),” Sinclair said during NWSL Championship Media Day, referring to her head coach and general manager Karina LeBlanc, also a former Thorn and Canada player. “But it’s been great. They’ve both stepped in and done a tremendous job.”

Wilkinson joked that she was a bossy player. Not much is different now that she is coaching Sinclair. “I think how I was as a player, I was pretty formal. I just mean that as I kind of always did my own thing.”

The reality is that Wilkinson faced a much greater challenge than coaching former teammates. The job became available after Mark Parsons, citing family concerns during the pandemic, resigned to take over the Netherlands. Parsons spent six years in Portland and made trophy collecting a habit. His tenure began and ended with a NWSL Shield. Along the way, Parsons’ Thorns took the 2017 NWSL Championship, the 2021 Challenge Cup and, for good measure, the 2020 Fall Series.

“I think it was really important to maintain the great work Mark and his staff did last year,” Wilkinson said Thursday during the NWSL Championship’s Media Day. “They were a close team already. [I] just tried to be really open and communicate what I was trying to achieve. And I can’t take credit or the locker room. These women were ready to try and do what I was asking. You can go into a locker room and they’re not interested in changing anything.”