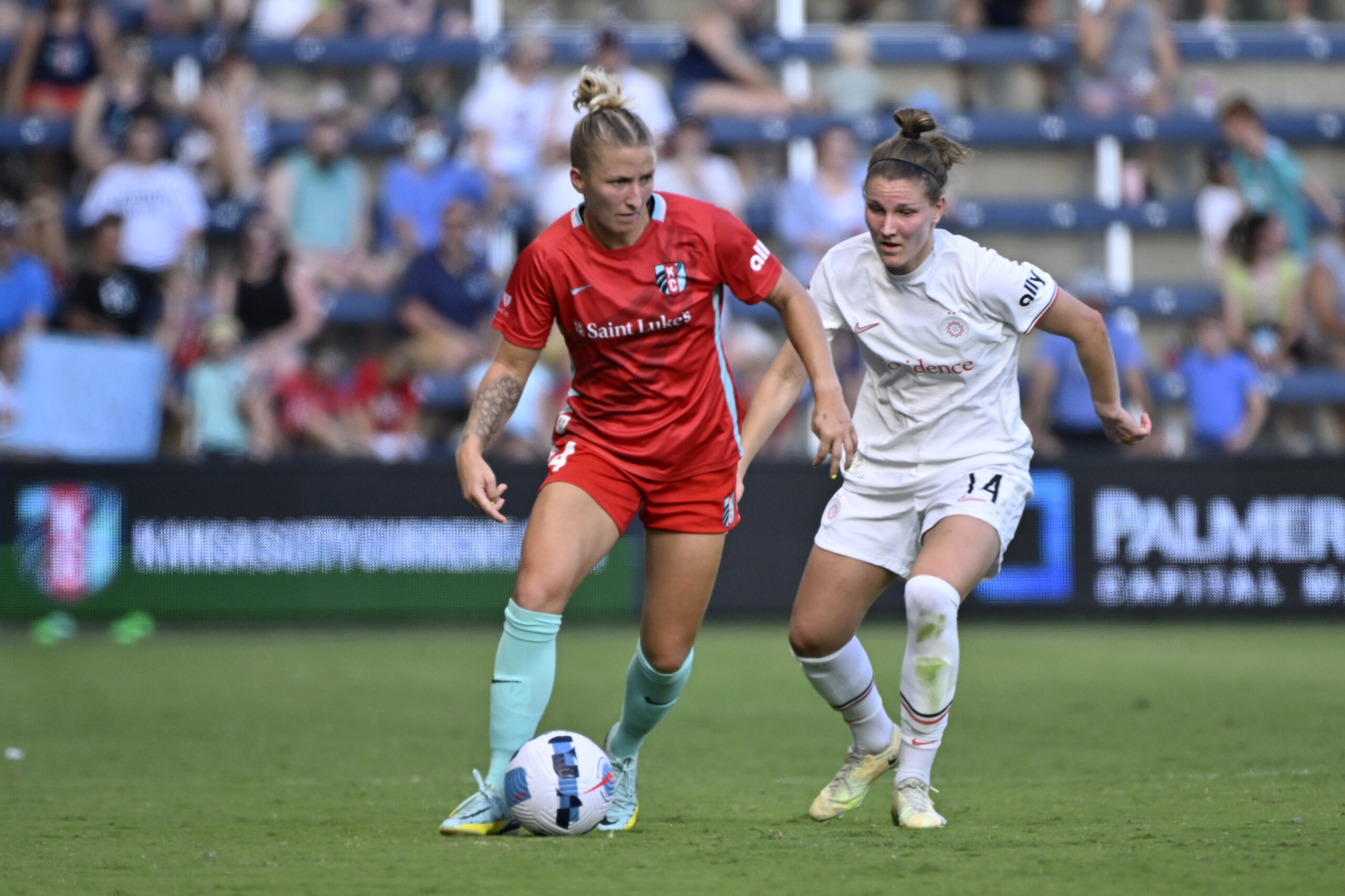 The Portland Thorns and Kansas City Current met in their opening National Women’s Soccer League regular season fixture of 2022. Now they are set to meet again, in the final game of the campaign.

Portland finished second behind the OL Reign, just missing out on the Shield. No team lost fewer regular season matches, or a better goal difference than the Thorns, who beat the San Diego Wave in their playoff semifinal. Kansas City had a tougher route to this point: after a fifth-place finish they had to travel and knock out both the Houston Dash and the Reign.

The Current have made it here against the odds, transformed after a 2021 season in which they finished last in the table. Portland, on the other hand, have been here twice before and were expected to be in the NWSL Championship game once again. Here’s how the tactical battle went down in the teams’ previous meetings.

In the opening round of fixtures, both teams were still figuring themselves out. Portland lined up in a back three, with Natalia Kuikka and Megan Klingenberg acting as wing backs. Janine Beckie partnered Morgan Weaver up front. Kansas City, on the other hand, were in a back four, and set up with a narrow frontline: Elyse Bennett supported by Lo’eau LaBonta and Addison McCain.

Portland defended in a 3-4-1-2 formation, with Christine Sinclair marking the Current’s base midfielder, Desiree Scott, while the two strikers pressed the center backs. Kansas City didn’t get much time on the ball and were forced wide and long. Consequently, the Thorns enjoyed the majority of possession, and they were able to open up their visitors with ease.