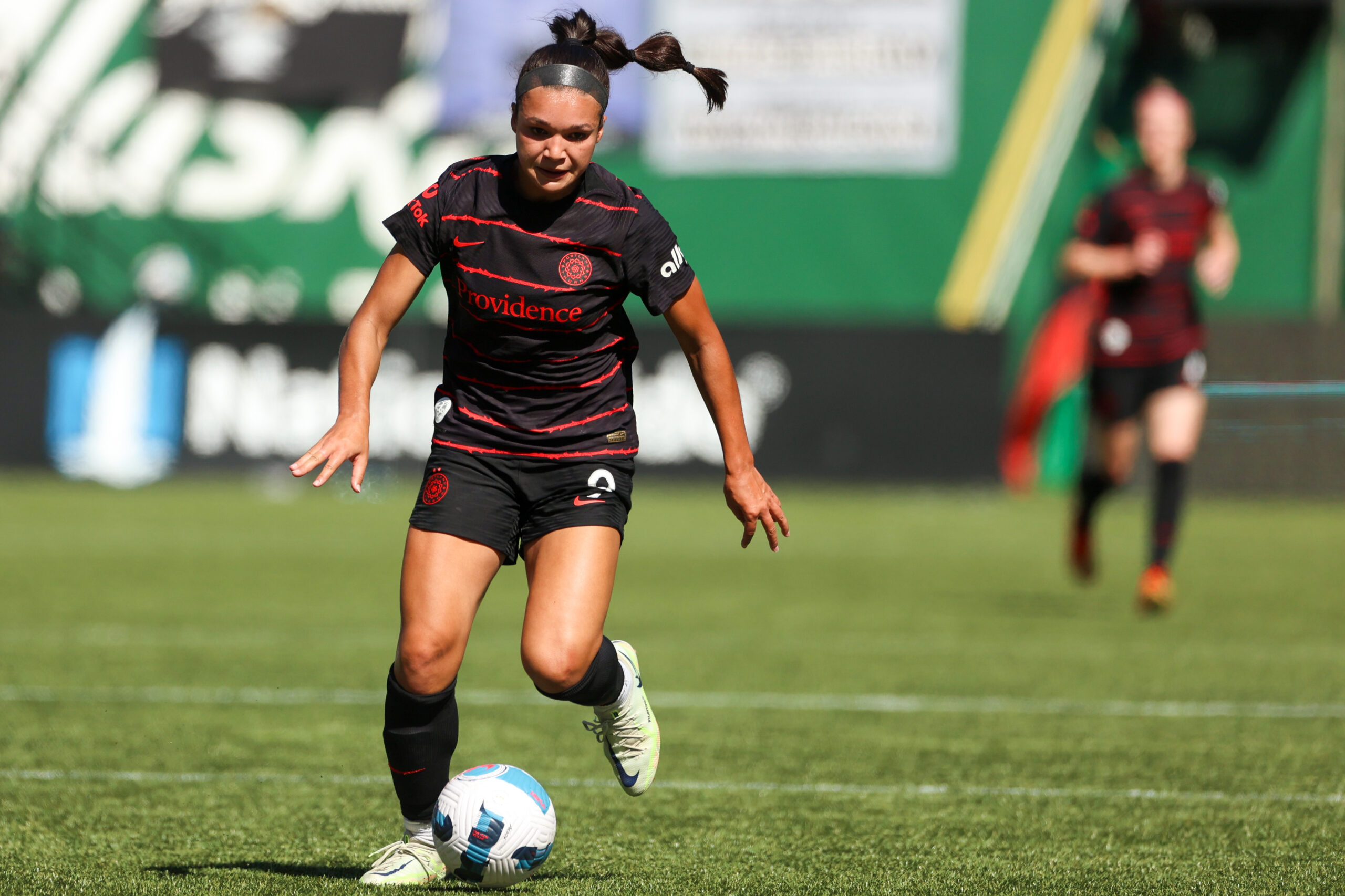 Sophia Smith is only 22-years-old, but the Portland Thorns FC forward is in veteran company. Smith was named the National Women’s Soccer League Most Valuable Player for the 2022 season, the league announced on Thursday.

Smith was on-hand in Washington D.C. to receive her award at the league’s Media Day, ahead of the NWSL Championship. Smith will look to lead the Portland Thorns to their third NWSL title, which would be the most in league history. The North Carolina Courage have two championships to their club’s name.

However, Smith tied with Courage midfielder Debinha for most goals scored in the run of play, canceling out the penalty spot, with 11 goals.

The 22-year-old from Windsor, Colorado, made the NWSL Best XI, along with rookie midfielder Sam Coffey. On the Second Team XI, defenders Becky Sauerbrunn and Kelli Hubly locked down spots on defense.

Smith has been integral to the Thorns since being drafted with the No. 1 pick to Portland in the 2020 NWSL Draft. In that same year, Smith earned her first call-up to the U.S. senior national team, and has been a key figure on the roster every international break.

Smith is the only player to win an award that isn’t from the San Diego Wave, as Naomi Girma took the honors for both Defender of the Year and Rookie of the Year, while Casey Stoney won Coach of the Year and Kailen Sheridan won goalkeeper of the year.

Smith beat out Naomi Girma — who won NWSL Defender of the Year and Rookie of the Year, respectively — Alex Morgan, Mallory Pugh and Debinha.

Can the NWSL playoff format be improved? And is a predetermined final the right call?
From Kansas City to England and back again, Desiree Scott is ready to lead the Current to a title