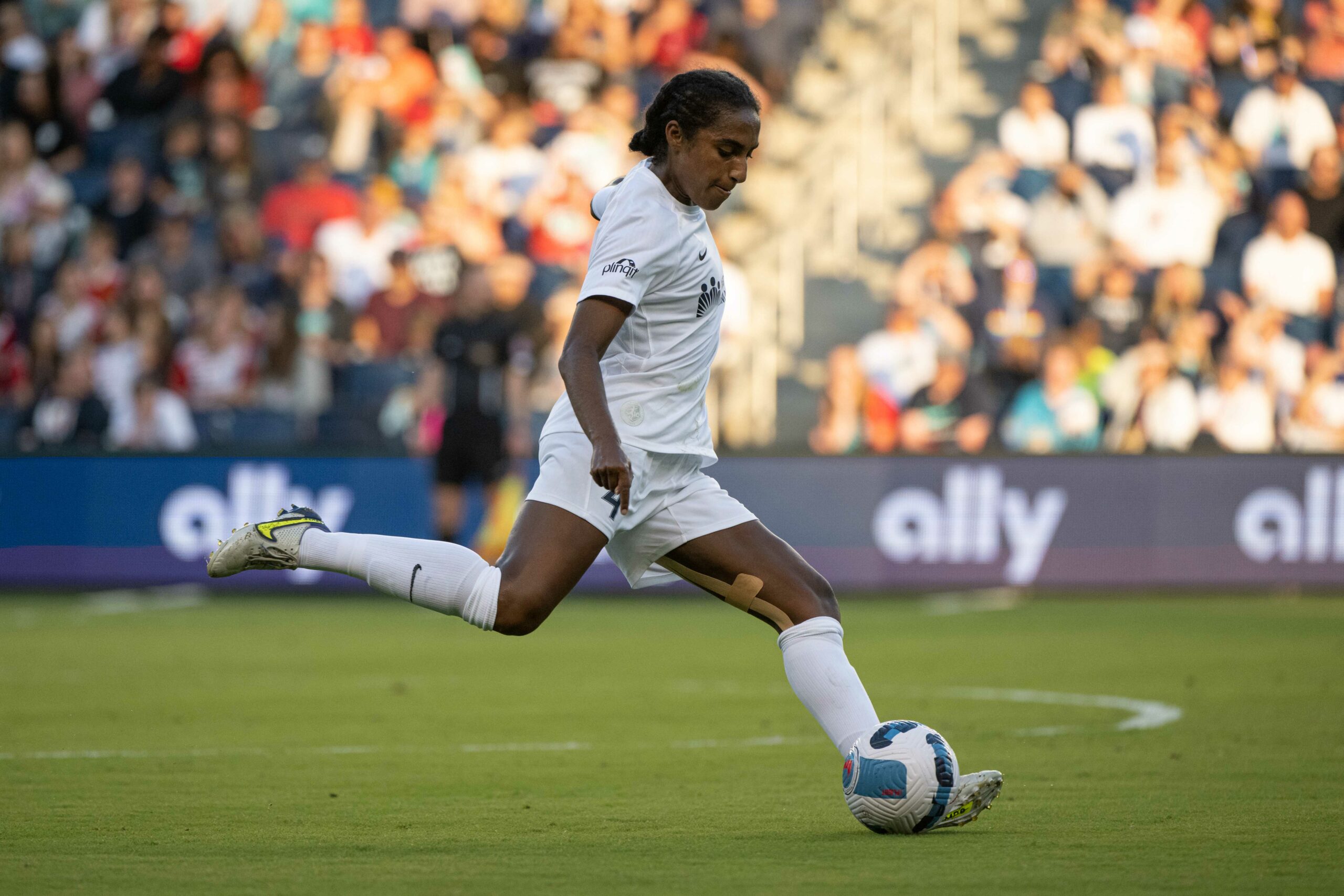 Naomi Girma has emerged from one of the deepest rookie classes in National Women’s Soccer League history to be named Rookie of the Year making her the first player drafted number one overall to take down the honor.

Girma joined San Diego Wave FC following a stellar career at Stanford and a decorated youth international career. For the abridged 2020 year she was named Young Female Player of the Year by U.S. Soccer.

The vision in San Diego was to pair Girma with veteran trade acquisition Abby Dahlkemper. Unfortunately Dahlkemper’s health did not make that possible. No matter, Girma had a seamless and nearly instant transition to the NWSL. She used her deft defensive skills and superb distribution skills to help make the Wave defense a strength. In Casey Stoney’s system of direct attack soccer, Girma’s skill set served the team beautifully.

Through the Challenge Cup, regular season, and playoffs, Girma appeared in every match for which she was eligible. She came off the bench once in the Challenge Cup but started—and finished—all 19 regular season appearances plus the Wave’s two playoff games. Her 90-minute battle with Sophia Smith in Sunday’s semifinal was a treat.

To win the award, Girma had to outperform some of the most impressive rookies the league has ever seen. Portland Thorns midfielder Samantha Coffey joined her on both the Best XI and the U.S. national team. Diana Ordóñez scored 11 goals to establish a rookie record for the North Carolina Courage and at one point equaled a league mark by scoring in six straight appearances.

Naomi Girma named 2022 NWSL Defender of the Year
Inside Sophia Smith’s NWSL MVP season: How the Thorns forward took her game to the next level