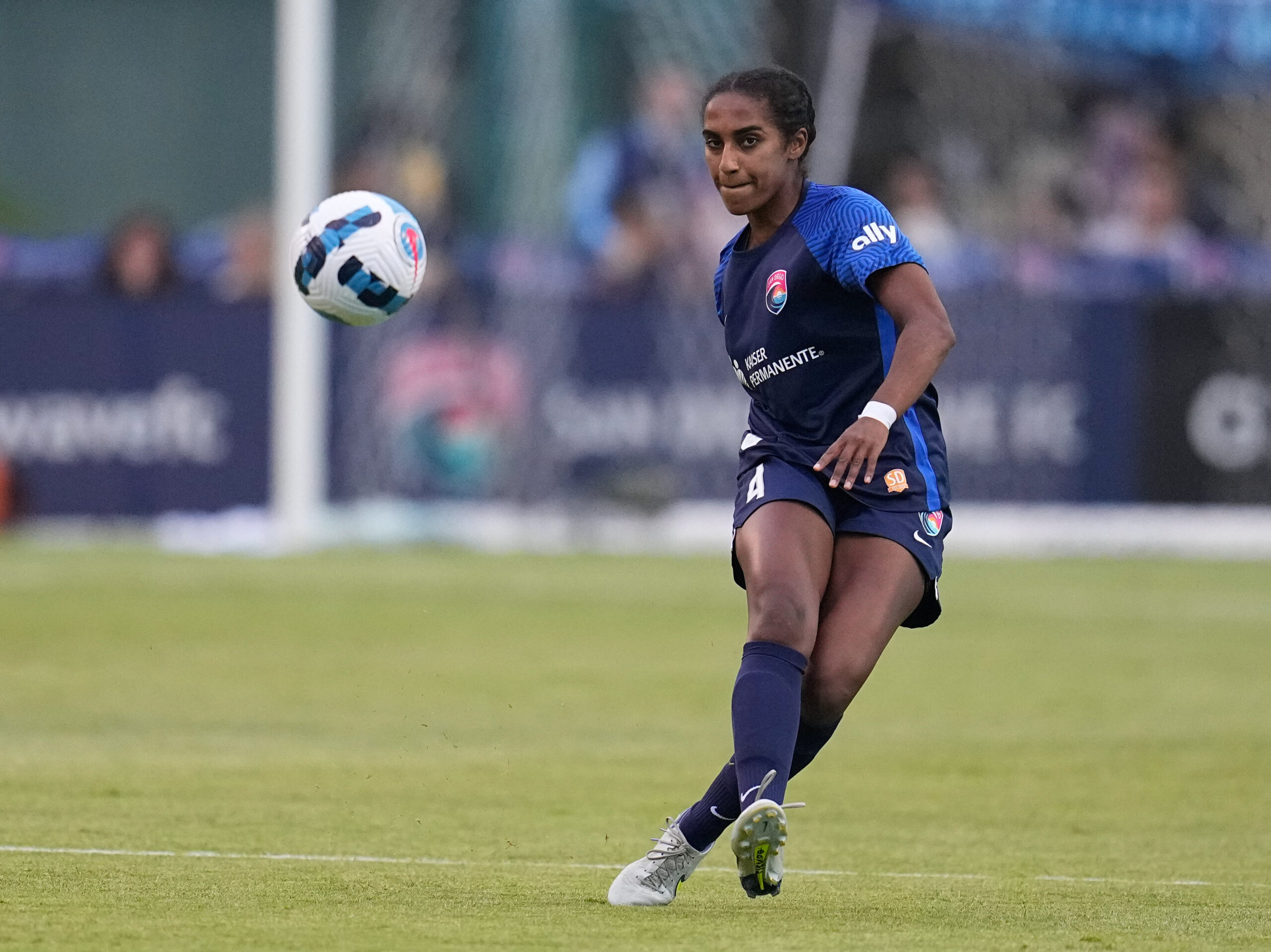 Naomi Girma’s banner 2022 added another accolade when the 22-year-old was named National Women’s Soccer League Defender of the Year. Earlier this week Girma was named to the Best XI as well as Rookie of the Year.

A surprise as the No. 1 pick by the Wave, Girma quickly showed her class and mental acuity in becoming one of the top defenders in the NWSL by the time the regular season got into full swing. She was so good that she wound up missing games after being called in to the U.S. national team by Vlatko Andonovski for the Concacaf W Championship.

Along with being a lockdown one-v.-one defender who rarely found herself out of position, Girma excelled in possession, a trait that is rare among American center backs. She was often able to dribble out of pressure even from her own penalty box, allowing the Wave to operate in transition more often.

To win the award, Girma defeated the OL Reign duo of Alana Cook and Sofia Huerta, Carson Pickett of the North Carolina Courage, and four-time honoree Becky Sauerbrunn from the Portland Thorns.

Girma’s achievements are such that it requires dipping into the history of other leagues to find a comparison. In 2002, Danielle Slaton of the old Carolina Courage in the WUSA was named Defender of the Year as a rookie, also as the No. 1 overall pick. Slaton, now a popular television analyst, was not the Rookie of the Year though. That honor went to Abby Wambach.

The NWSL has great upside for brands. Here’s why current sponsors have doubled down
Naomi Girma named 2022 NWSL Rookie of the Year