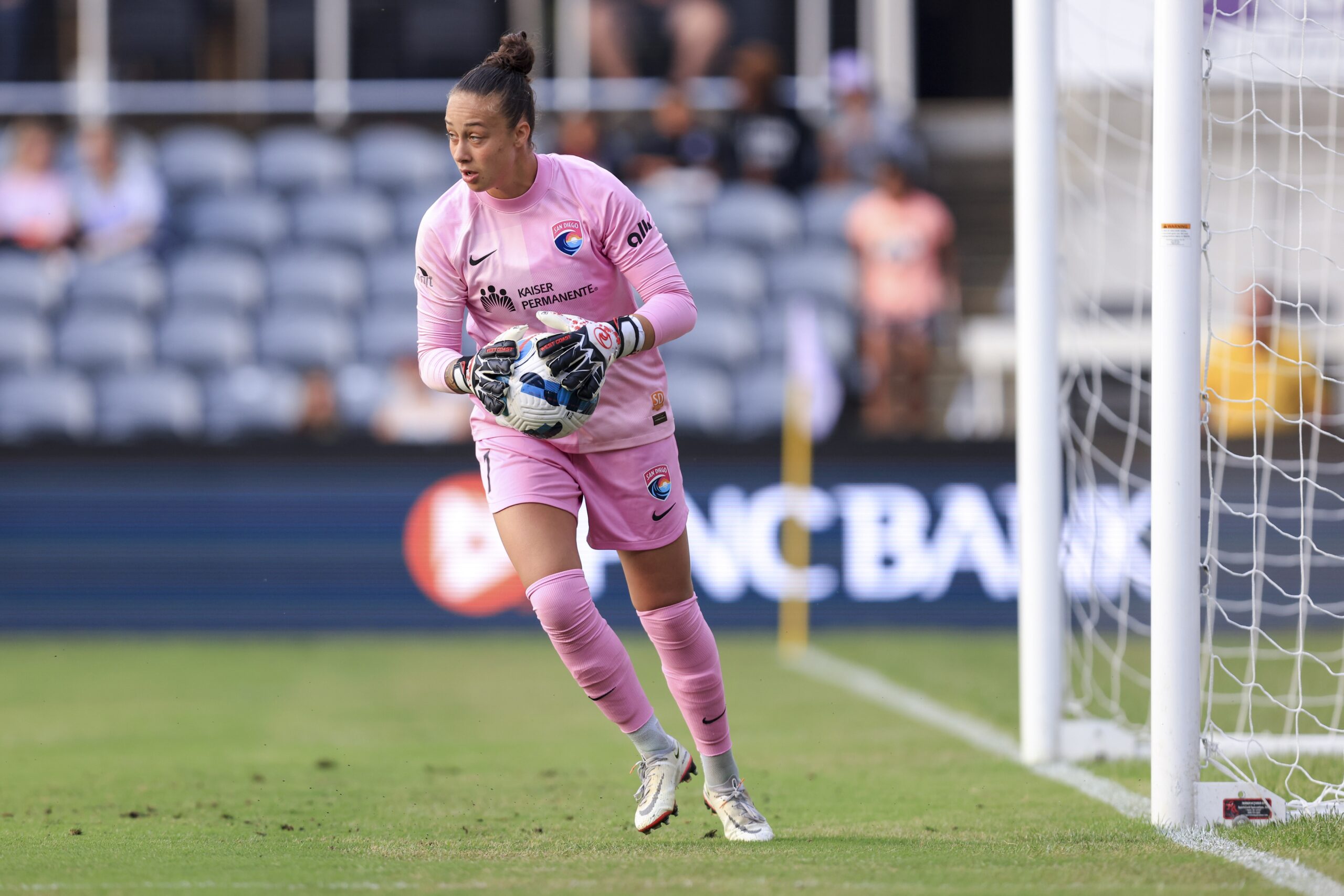 San Diego Wave FC enjoyed the best expansion season in NWSL history, becoming the first to qualify for the playoffs in year one. The Wave defeated the Chicago Red Stars in the first round before losing to the Portland Thorns in the semifinals. Sheridan was a big part of the team’s year-one success.

Sheridan went 8-5-5 in 18 regular-season matches, posting a 0.95 goals against average. It was the second straight season in which Sheridan, who was traded to San Diego by NJ/NY Gotham FC last offseason, kept a GAA under 1.00. She stopped three of the six penalty kicks she faced in the 2022 regular season.

Then, there was the offensive side. Sheridan’s long distribution was an important part of the Wave’s direct play. The goalkeeper often looked for 6-foot-1 midfielder Taylor Kornieck, or forward Alex Morgan. On June 12, Sheridan became the third goalkeeper in league history to tally an assist when her long ball set up Alex Morgan’s goal against OL Reign.

The Wave’s desire to play through Sheridan’s feet nearly cost them in the first round of the playoffs, when a mistake by Sheridan turned over the ball to Chicago forward Yuki Nagasato, who chipped it into an open net to give the Red Stars the lead. San Diego rallied to win in extra time. More often than not, though, it was a benefit.

Franch made the most saves (77) among the three finalists for the award. Tullis-Joyce’s 66 were four better than Sheridan’s mark. Racing Louisville goalkeeper Katie Lund set a single-season saves record with 112, although she conceded 35 goals behind a back line that struggled.