Casey Stoney is the NWSL Coach of the Year 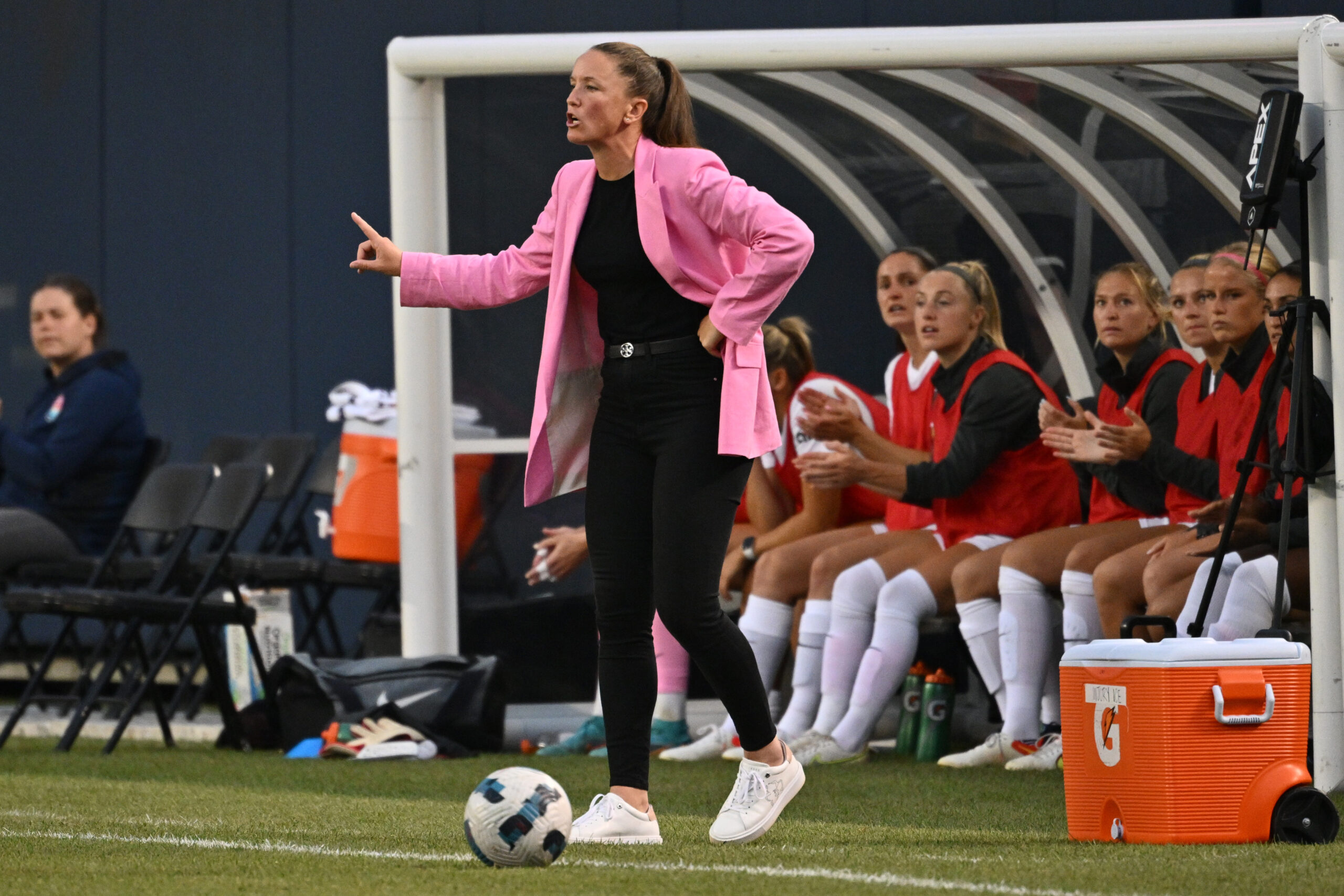 Everyone named head coach of any expansion team uses some version of the expression blank canvas to describe the unique opportunity in front of them. Most wind up in different jobs once the canvas becomes muddled. In San Diego this season, Casey Stoney committed to a vision early and stayed with it, making the Wave instant trophy contenders.

The pursuit of hardware ultimately fell short in 2022, but Stoney was named National Women’s Soccer League Coach of the Year on Oct. 26. The long-time England international and former Manchester United coach edged Matt Potter and three-time winner Laura Harvey for the honor. Harvey finished second, while Potter finished third in the voting, respectively.

Stoney, along with team president Jill Ellis and general manager Molly Downtain, committed to building a squad from the back out. A long-tested maxim that rarely gets the necessary execution, the philosophy held up in San Diego where Stoney never wavered. Even as the club’s maiden player acquisition Abby Dahlkemper missed much of the season through injury, the Wave immediately established themselves as a side that would be difficult to break down.

On draft day, the world expected Stoney and the Wave to use the first overall pick on Jaelin Howell. But they went defensive and selected Naomi Girma. Ten months later, Girma is internationally capped and in the conversation for best defender in the NWSL. She was intended to be a partner for Dahlkemper but wound up the leader of the line in Dahlkemper’s absence.

Stoney’s impact was not limited to defense though. She stayed true to an attacking mindset that is not particularly popular or pleasing to the eye, but the direct nature in which the Wave scored goals was very much in line with the club’s personnel. Taylor Kornieck was put in position to fully utilize her height advantage and often played facilitator in finding Alex Morgan. And all Morgan did was put together her most complete season in league play including the Golden Boot.

The Wave finished their debut season 10-6-6 and overcame an early defensive gaffe to win the team’s first playoff game over the Chicago Red Stars. It ended last weekend in Portland, thanks to a stoppage time goal from Crystal Dunn, but the foundation has been laid in San Diego.

“I think we’ve put a marker down,” Stoney said after the playoff loss to the Thorns. “This team has grown from week to week, strength to strength. Maybe when we’re not playing well, still get results, I think we struggled with that midseason. We’ll look at how can we be really hard to beat when we’re not necessarily on our game. But I have to say, so much pride right now for this group of players and what hey have been able to achieve.”

Stoney is from Basildon, England, and her win keeps American-born coaches off the board for Coach of the Year honors since the league formed in 2013.

Kailen Sheridan named 2022 NWSL Goalkeeper of the Year
The NWSL has great upside for brands. Here’s why current sponsors have doubled down