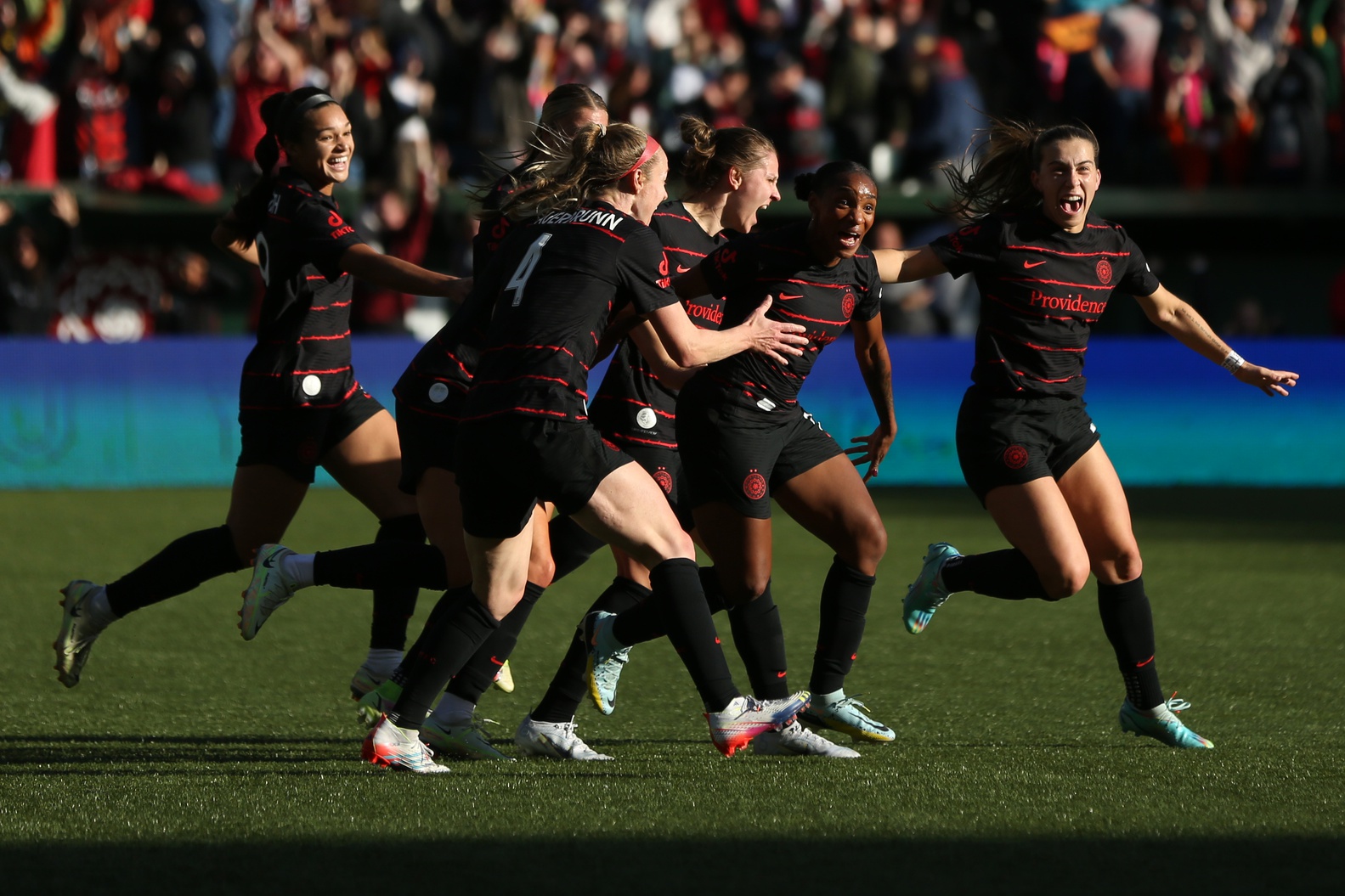 The Thorns will play in the final for the fourth time on Saturday after defeating the San Diego Wave, 2-1 on Sunday at Providence Park in the semifinals.

Crystal Dunn blasted the game-winning goal into the back of the net in second-half stoppage time to lift Portland to victory in front of 22,035 fans. It was an electric moment for a crowd of fans who turned up in support of players but in protest of team ownership, holding up “For Sale” signs as a message to Thorns owner Merritt Paulson.

On and off the field, it was an unforgettable game in Portland. These were the major talking points.

Crystal Dunn gave birth in May. At one point, she revealed after Sunday’s match, she thought about calling it a year and waiting until 2023 to come back, but she quickly thought better of that and wanted to get back on the field.

Less than six months postpartum, she scored her most memorable and spectacular goal to date.

The Thorns built up Dunn’s minutes late in the season. Her minutes: 5 on Sept. 9, 12 on Sept. 21, 8 on Sept. 25, 22 on Oct. 1. After that, she played with the U.S. during the international break, but the 28 minutes she played on Sunday were her most in league play this year, and the slow build was rewarded on Sunday.

Access the best women’s soccer coverage all year long
Start your FREE, 7-day trial of The Equalizer Extra for industry-leading reporting and insight on the USWNT, NWSL and beyond.
Subscribe
Existing Users Sign In Here
Related Topics2022 NWSL PlayoffsExtraFeatured