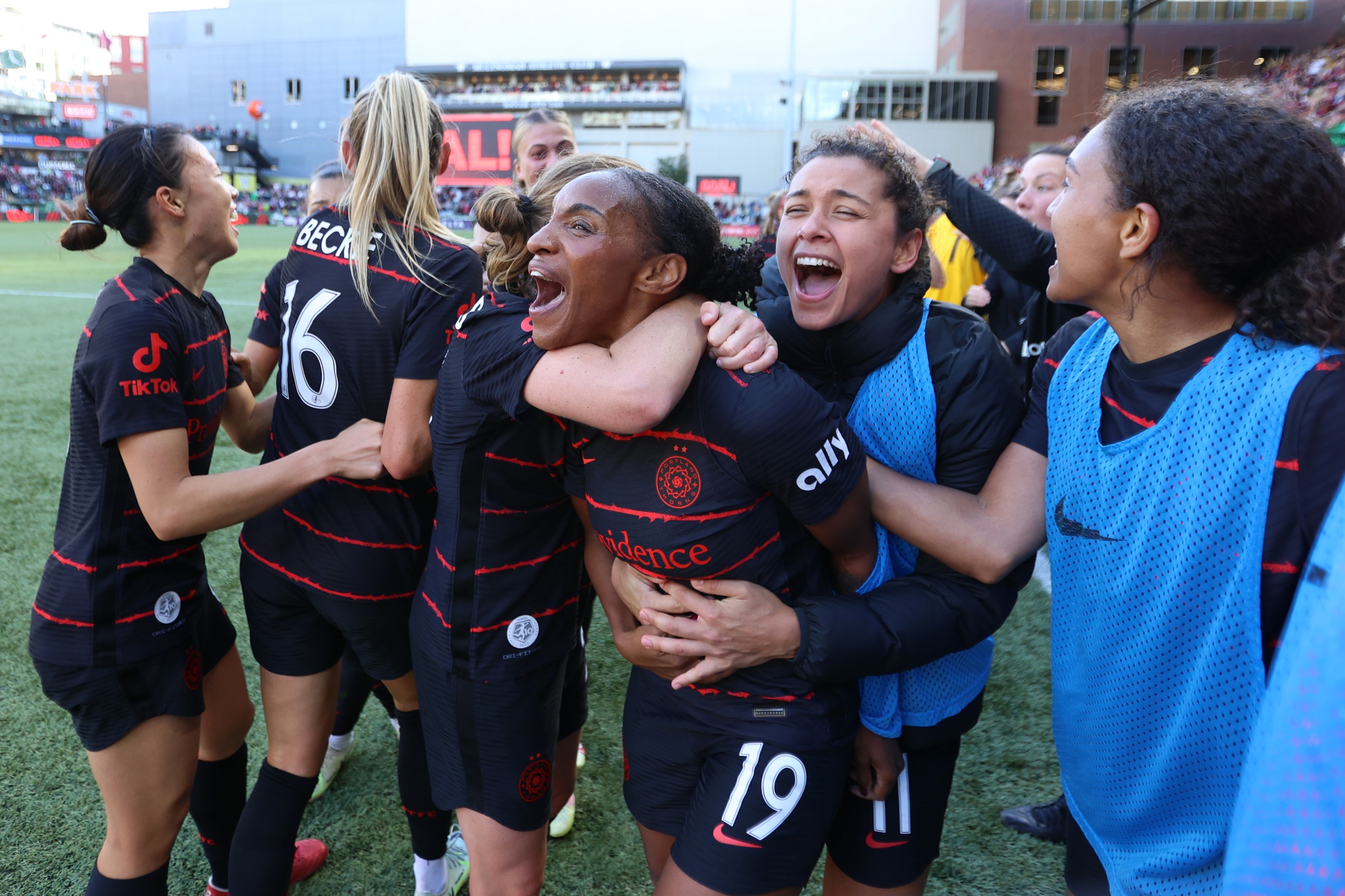 Crystal Dunn scored the game-winning goal in second-half stoppage time to lift the Portland Thorns to a 2-1 victory over the San Diego Wave on Sunday at Providence Park and send the Thorns to their fourth National Women’s Soccer League Championship.

Dunn, who entered the match in the 62nd minute to play in midfield, struck a rocket from 18 yards out after the Wave failed to clear a corner kick. Dunn has been building her minutes back up after giving birth in May.

San Diego took the lead eight minutes into the match when Alex Morgan crossed the ball to Taylor Kornieck for an uncontested header.

The Thorns equalized 13 minutes later when midfielder Raquel Rodriguez blasted a volley into the top corner, also from 18 yards out after the Wave struggled to clear a set piece.

Portland pushed for a winner in the final minutes behind a crowd of 22,035 fans, and Dunn eventually found it on the volley in her most NWSL game minutes to date.

Dunn came off the bench in the Thorns’ final four regular-season matches of the season, playing 47 minutes total.

San Diego was the first expansion team to make the playoffs in its inaugural season. The Wave defeated the Chicago Red Stars in extra time of the first round to advance to Sunday’s semifinal in Portland.

Thorns fans turned up just as players asked them to, despite the ongoing calls for Merritt Paulson to sell the team for his role in allowing systemic abuse within the league to go unchecked for years. Fans in the Providence Park supporters’ section held up “For Sale” signs to further urge Paulson to sell. Paulson previously announced that we was stepping away as CEO of the team.

The Thorns will play either OL Reign or the Kansas City Current in the NWSL Championship on Oct. 29 in Washington, D.C.