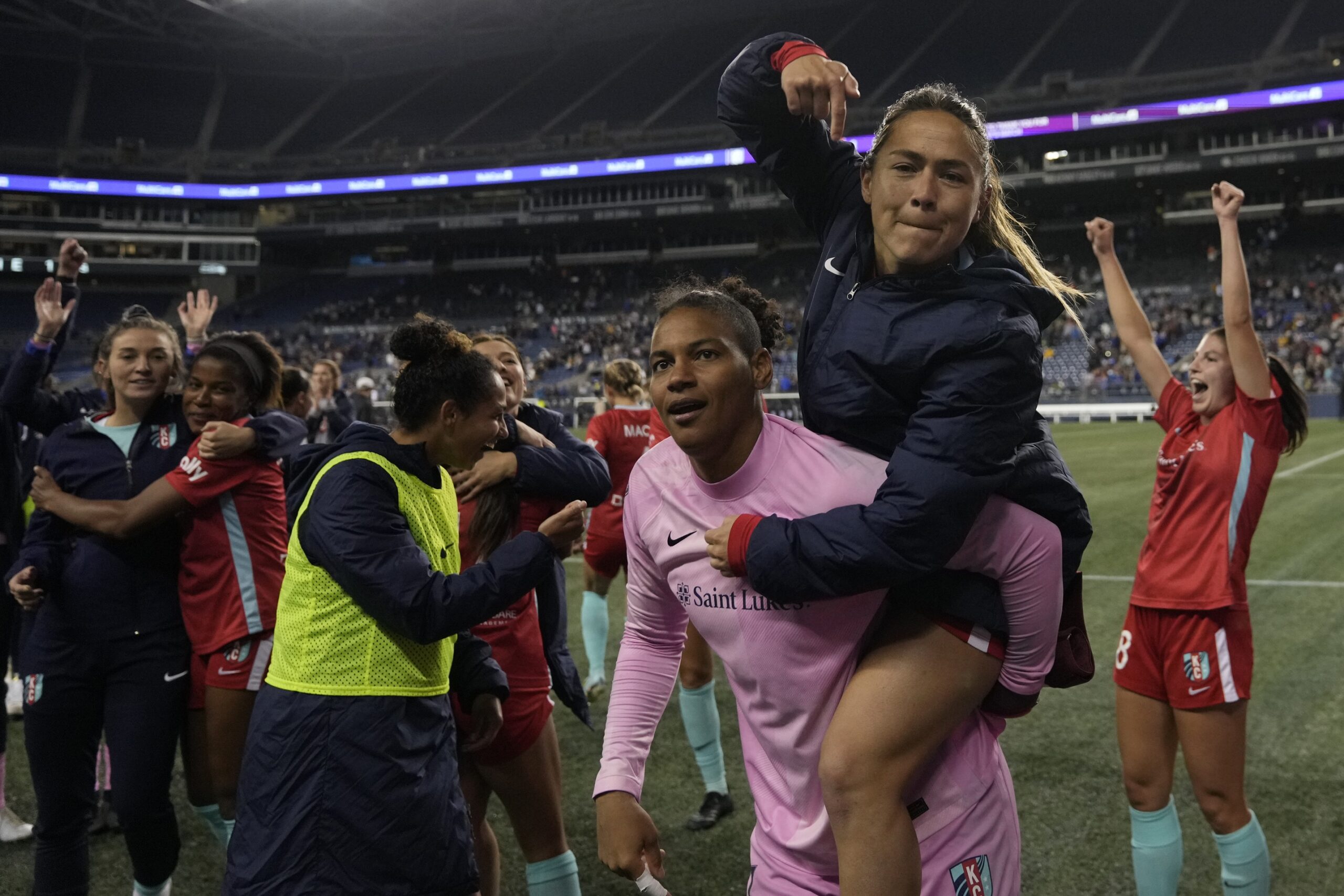 The Kansas City Current rode an early goal and some quality defending and goalkeeping to a 2-0 victory over OL Reign on Sunday to advance to next weekend’s National Women’s Soccer League Championship against the Portland Thorns, who defeated the San Diego Wave, 2-1 earlier in the day.

Here are three quick thoughts from the match.

AD Franch for the win

The Current defended well throughout the 90 minutes — much better than a week earlier in Houston despite being under considerably more pressure. But the star of the defensive show was Adrianna Franch. The 31-year-old Kansas native was good against the Dash in the quarterfinals. Against the Reign, she was great.

“Honestly, on the one, a little bit of luck,” Franch told Jordan Angeli on CBS Sports Network, without specifying which one it was. “Honestly, I didn’t see it until [the] last second. Luckily, right position, right time, and right decision to make the save. It was a crazy day today.”

Angeli went on to cite that the Current defense made 37 clearances on the day. “That’s what makes shutouts,” Franch said. “They were freakin’ unbelievable.”

Access the best women’s soccer coverage all year long
Start your FREE, 7-day trial of The Equalizer Extra for industry-leading reporting and insight on the USWNT, NWSL and beyond.
Subscribe
Existing Users Sign In Here
Related Topics2022 NWSL PlayoffsAdrianna FranchExtraFeatured

Thorns 2, Wave 1: Five thoughts as Portland advances to another NWSL Championship
Kassouf: NWSL for the fans, by the fans