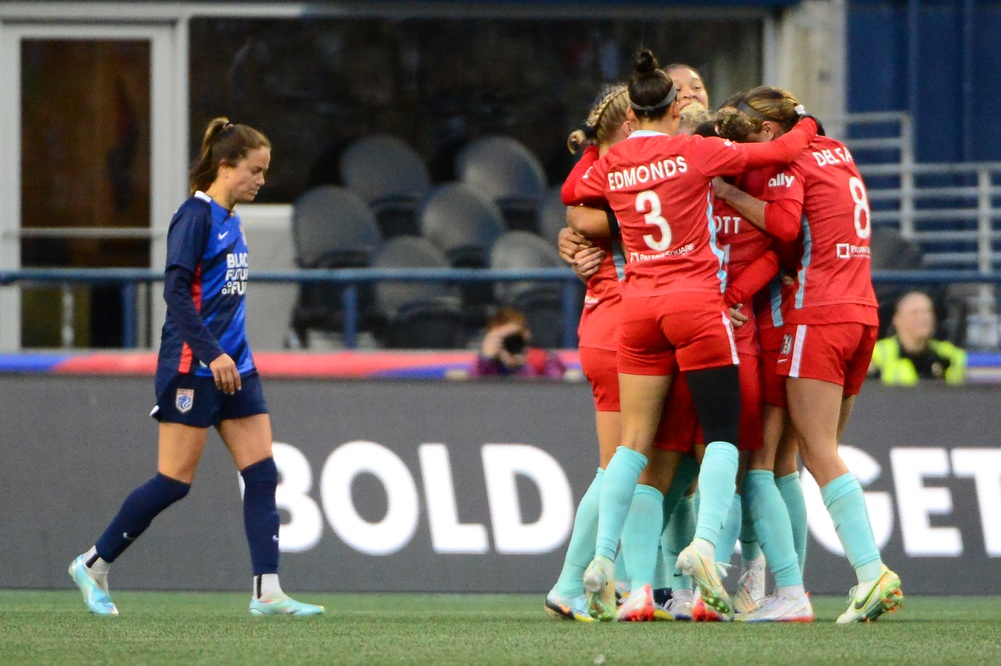 The Kansas City Current defeated OL Reign, 2-0 on Sunday at Lumen field to advance to the National Women’s Soccer League Championship. Kansas City will play the Portland Thorns, who defeated the San Diego Wave, 2-1 earlier in the day, on Saturday at Audi Field in Washington, D.C.

Sunday’s result brought another disappointing end to an OL Reign season. The Reign won four straight games and went seven unbeaten to end the regular season and win the NWSL Shield on the final weekend. They entered the playoffs as the No. 1 seed. It is the second straight year that the Reign have lost in the semifinal stage, and the franchise remains without an NWSL Championship trophy despite three Shields in the trophy case.

Loera’s opening goal in the 4th minute was her first as a professional and came after the Reign failed to clear their lines. Goalkeeper Phallon Tullis-Joyce could only deflect the ball into the side netting.

Loera came up big on the defensive side of the ball, too, as she has throughout the season. With the Current leading 2-0 in the 74th minute, Loera cleared a ball off the line to keep the Reign off the board. Replays were inconclusive as to whether the ball crossed the line entirely, and the NWSL does not have goal-line technology (it will add video review in 2023).

Kansas City’s lead was 2-0 thanks to Hamilton’s strike in the 63rd minute, when she pounced on a ball that the Reign’s back line failed to deal with high up the field and she beat Tullis-Joyce from distance.

Portland and Kansas City will meet on Saturday in the NWSL Championship. The Thorns defeated the Current, 3-0 on April 30 in each team’s regular-season opener, in Portland. The teams drew, 1-1 on Sept. 18 in Kansas City.

Portland is in search of a third NWSL title. Kansas City is seeking a first title in the Current era after finishing in last place in 2021, but the Current are tied to the lineage of the FC Kansas City franchise that won the 2014 and 2015 NWSL Championships.