NWSL semifinals tale of the tape: Thorns-Wave, Reign-Current, and what previous meetings tell us 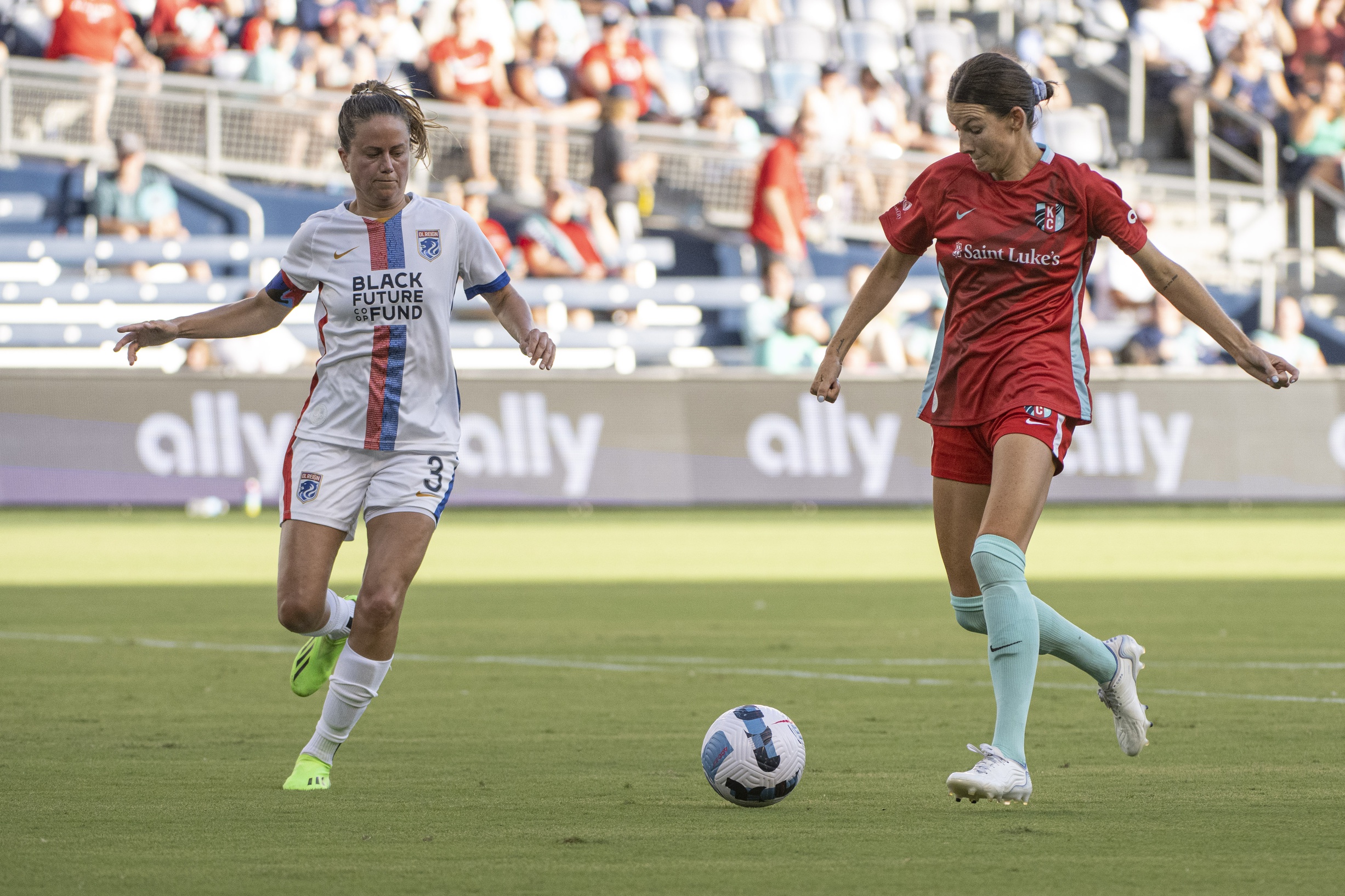 Ahead of those matches, we at The Equalizer have looked at the past regular-season meetings between the teams. We analyzed the tactical battles and looked at what each team can learn from them going into the playoffs.

Away to San Diego in June, Portland’s pressing made life extremely difficult for their hosts. Thorns coach Rhian Wilkinson preferred a back three at the time and set up her team to defend in a 3-2-4-1 system. Sophia Smith led the line and closed down the ball-playing center back, while Christine Sinclair and Raquel Rodriguez marked San Diego’s holding midfielders. Hina Sugita and Sam Coffey covered Taylor Kornieck, while the wingbacks put pressure on the Wave’s fullbacks.

San Diego dominated possession, but that was mostly sideways along the line and back to goalkeeper Kailen Sheridan. They struggled to connect through midfield because of Portland’s pressing strategy, and were forced to play more direct from back to front. Naomi Girma was the playmaker in this sense, looking to drop the ball in behind for the dangerous running of Alex Morgan, who played off the left wing here.

Access the best women’s soccer coverage all year long
Start your FREE, 7-day trial of The Equalizer Extra for industry-leading reporting and insight on the USWNT, NWSL and beyond.
Subscribe
Existing Users Sign In Here
Related Topics2022 NWSL PlayoffsExtraFeatured