2023 Women’s World Cup Draw: How it works and what to expect 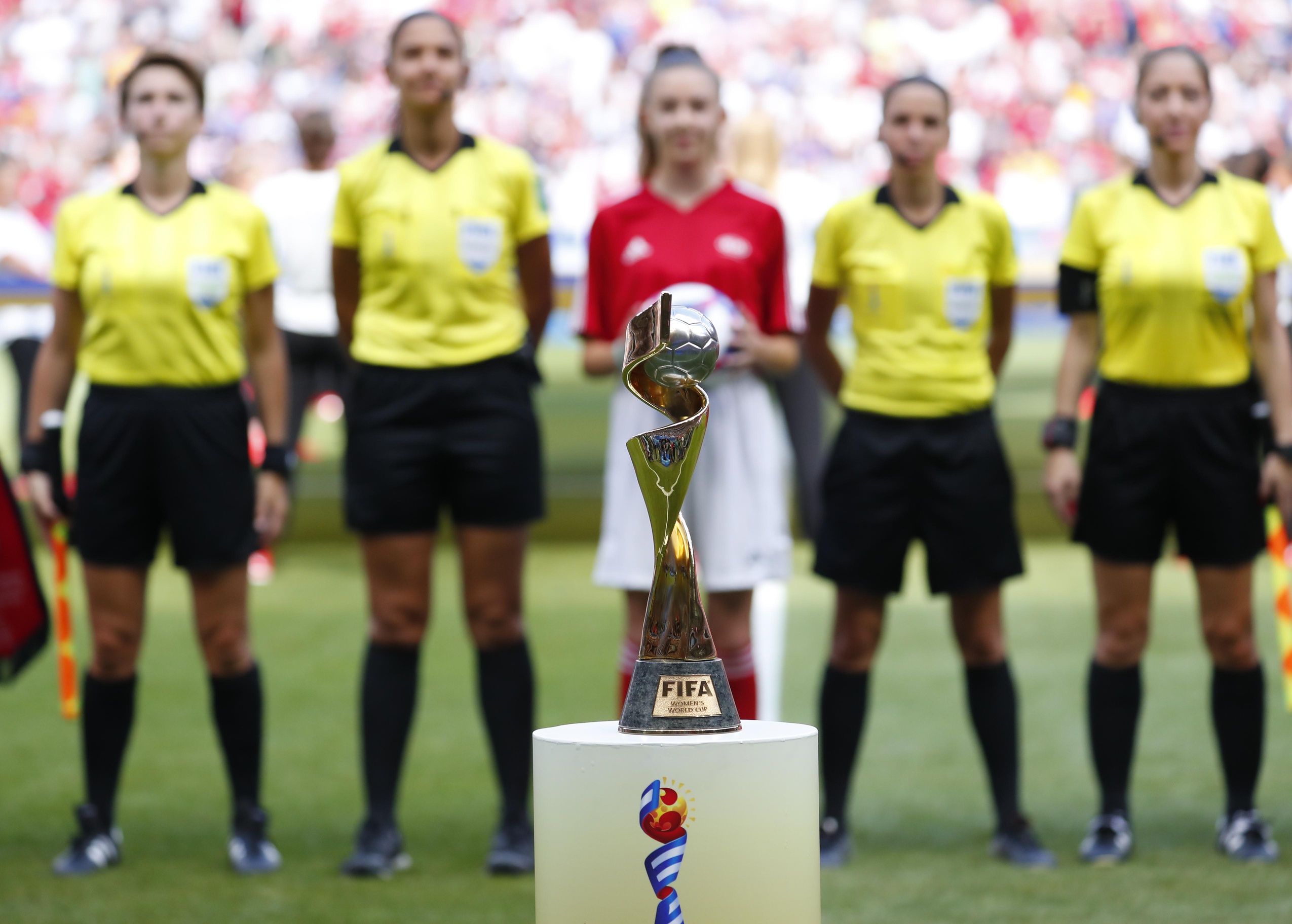 The 2023 Women’s World Cup Draw will take place on Saturday in Auckland, New Zealand. Here’s everything you need to know.

Name the time and place

In the U.S., Draw coverage kicks off at 2 a.m. ET (which is 7 p.m. local time in Auckland) on Saturday and be broadcast in English on FS1 and in Spanish on Telemundo, Universo, and streamed on Peacock.

If you’re on the West Coast, you might as well just make it a really late night. If you’re on the East Coast and setting your alarm for this merciless hour, like this guy, you could save yourself 30 minutes of sleep because the Draw itself starts at 2:30 a.m. ET. All broadcasters will air a pre-Draw analysis shows at 2 a.m. ET.

How does it work?

The expanded World Cup field, which will feature 32 teams for the first time, means there are eight groups four teams each at the 2023 World Cup.

The catch: those are the eight highest-ranked teams that are already qualified. Pot 4 will feature eight spots to be placed into groups, and three of those will be the winners of a global playoff in February in New Zealand. Potential winners of that could have been eligible for a higher pot allocation had they qualified directly, but the playoff winners will all be in Pot 4.

(The global playoff is a 10-team tournament to take place in February in New Zealand — two groups of three and one group of four, with each group winner advancing to the World Cup.)

Here are the pots for the Draw:

New Zealand is allocated to Group A, position 1. Australia is allocated to Group B, position 1. New Zealand and Australia will each be marked by different colored balls in Pot 1 to make sure they are placed there as a formality. They are in those positions as co-hosts, and the tournament is laid out in such a way that each will play all three group games entirely in its own country, and would remain in its own respective country for the entirety of the knockout stage (except the unlikely scenario in which New Zealand makes the final, which will be played in Sydney) assuming they finish atop their respective groups.

After that, the other six balls from Pot 1 will be drawn and placed in Groups C through H, in order. So, the first team drawn after the hosts will go to Group C, then the next to Group D, etc. This process will be repeated for Pots 2, 3, and 4 in order after Pot 1 has been completely drawn.

For clarity, the global playoff groups are:

Glad you asked. For the drawing of Pot 1, the order is straightforward. After that, it is not as chronlogical. FIFA’s goal is to make sure that no group has more than one team from the same confederation, which is possible for all those confederations except for Europe. There are 11 European teams already qualified and a 12th could join the tournament as a winner of the global playoff.

So, each group is guaranteed to have one European team in it. At least three of the eight groups (possibly four) will have two European teams in it. Other than that, though, teams from the same confederation cannot be drawn into the same group.

You bet! Here are some hypotheticals.

Scenario 1: This is a straightforward one. Hosts Australia play in the Asian Football Confederation, so they cannot draw an Asian opponent in their group (Group B). So after the first ball from Pot 2 is drawn into Group A with New Zealand (no restrictions possible because New Zealand plays in Oceania), let’s say China is the next ball pulled. China cannot go into Group B with Australia, so China would go into Group C, and the next ball pulled from Pot 2 will place a team into Group B (assuming no conflict), and then back to Group D after that.

Scenario 3: Building off of that, let’s say there’s a group that already features the United States and Brazil (wouldn’t that be interesting) and the ball for the playoff Group B winner is drawn. That playoff group features Haiti (Concacaf, like the U.S.) and Chile (CONMEBOL, like Brazil) — as well as Senegal — so that could mean two teams from the same confederation in that group. Since the winner of that playoff is not yet determined, placing that team into the group would be permissible by the rules.

What sort of shenanigans can I expect?

The infamous ghost mascot of the Qatar 2022 Men’s World Cup provided endless memes and laughs at that tournament’s Draw last year, so the answer is: definitely something. Thankfully, seeded teams from Pot 1 will be randomly drawn into groups and not placed into specific groups as they were for the 2015 World Cup in Canada, so no shenanigans are expected on the competition side. In no uncertain terms, that was a rigging of the Draw that dictated what the 2015 knockout stage would look like, under the guise of trying to place certain teams in certain cities.

“Tazuni” is the official mascot of the 2023 World Cup and she is a penguin who is already a hit with fans. (She is also confident and stylish!) I absolutely expect Tazuni to be featured in the entertainment at the Draw. There is nothing quite like a World Cup Draw pre-show.

Who will be on my TV making all these selections?

Will there be a Group of Death?

No. Do not let someone convince you otherwise. There will be very interesting groups with some dark horses, but there will not be a group that any true seeded team can’t realistically advance from — not in this 32-team field with the pots allocated the way they are.

How do I know if my team got a good draw?

Good question. The knee-jerk reaction here is to talk about groups in isolation, and those will be interesting, no doubt. Looking at the United States, the toughest possible group is a combination of the Netherlands, Brazil or Japan from Pot 2, with Denmark or Switzerland from Pot 3 and Nigeria or South Africa from Pot 4. Zambia could be the wild card, because nobody wants to face Barbra Banda, but we don’t know if she will play. And the U.S. actually struggled against Haiti in World Cup qualifying, so that could be an interesting rematch if it were to happen.

We can debate all day about good or bad groups for the U.S., and no doubt the Americans’ struggles lately put into question just how certain anything is at the World Cup, but really, a big part of this discussion is about looking ahead. Will group opponents — and a bad group for travel — beat you up for the knockout stage? Does your group-winner path to the final look a lot more difficult in one group than another?

These are the questions to ask with the entire tournament in mind. Group C, for example, offers minimal travel as it is played entirely in New Zealand. Whichever seeded team goes into position C1 will likely be happy with that. The winner of Group C also gets the runner-up in Group A, likely to be the weakest group on paper because of New Zealand (No. 22 in the world) being the seeded team as host. The Group C winner could also play the entire tournament in New Zealand until the final, which at that point will have saved them significant travel.

Compare that to some teams — including possible contenders from Pot 2 — who will have to manage long trips west to play in Perth. The team in position B2 will play in Sydney, fly to Perth for game No. 2, then finish the group in Brisbane. Position F2, which could be a top team, will go Sydney-Perth-Melbourne. It’s unlikely a team in position D3 will be a true contender to win the whole tournament, but the schedule will do them no favors; they play in Perth, then Sydney, then go back to Perth. If they get out of the group, they fly all the way back east again to play in either Sydney or Brisbane.

As you game out scenarios for your favorite team, you need to look ahead, too, and see what these groups mean for the knockout stage. Assumptions are dangerous, but a team might like their chances in the group and then see they are on course for a quarterfinal with a team they consistently struggle against. These are the factors to consider when making immediate winner predictions out of Saturday’s Draw.

May the odds be ever in your favor.

Should I actually wake up or stay up for this?

We respect your choice either way, and we’ll be here to inform you of everything you need to know afterward. Just to prepare you, though, whatever tiime this Draw is for you, there will be World Cup matches around that time next summer, too. Join us here and on Twitter @EqualizerSoccer with your coffee or cold one.